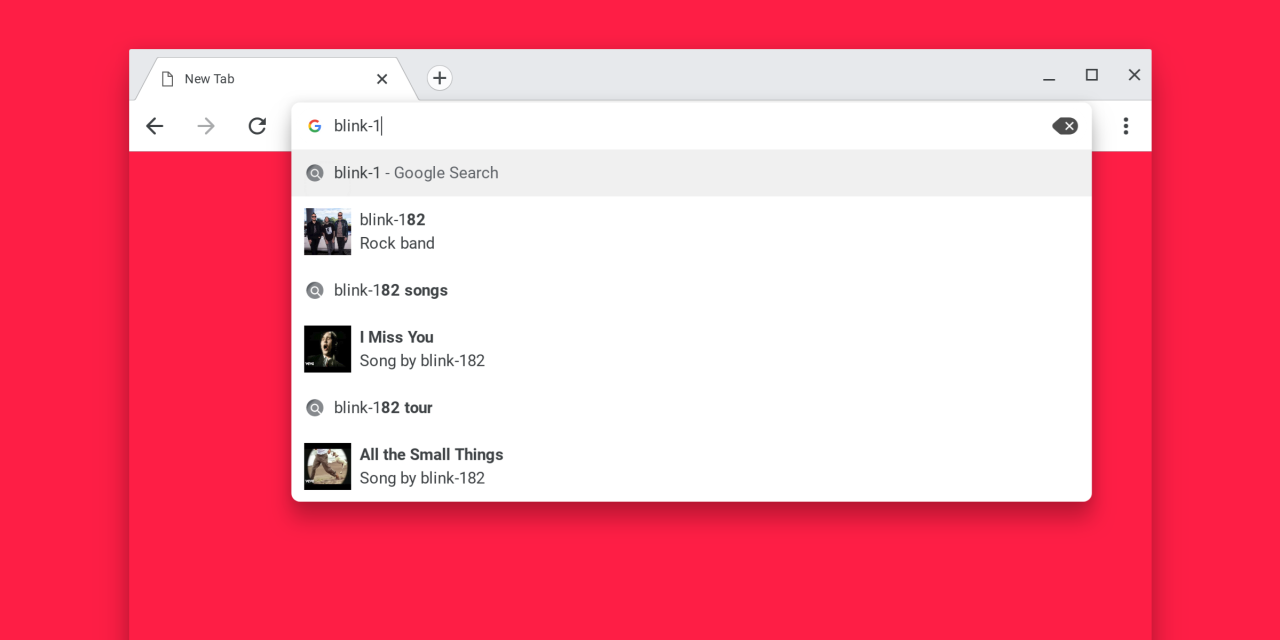 Google Chrome is always undergoing changes, and recently, the company has been quietly integrating its latest design standards into development versions of the app. Now, we’re learning that Google is testing out a redesigned omnibox which gives a bit of extra detail for suggested results.

The omnibox, or address bar, in Chrome is a powerful tool. You can, of course, use it for accessing websites, but it also works as a quick way to perform a Google search, get results on math or weather, and even adjust settings in Chrome and access hidden menus.

Odds are, you use the omnibox multiple times a day to start a search on Google. Now, Google wants to make that function a bit more useful by enhancing the suggestions the feature brings up as you type.

As François Beaufort mentions on Google+, Google is testing a new option on the Canary channel of Chrome which not only gives the beloved bar a huge redesign, but also brings up mobile-esque live suggestions that give users quick access with images for related information.

In the example pictured above, typing “blink-1” suggests results for the band Blink-182 which brings up an image of the band, as well as a couple of popular songs.

It’s unclear when this feature will be available more widely, but right now you can try it out in the Canary channel by enabling the flag chrome://flags/#omnibox-rich-entity-suggestions.

Give it to me now.

What do you think of this functionality being added to Chrome? Drop a comment below and let know!