Android P DP2: You can now see how terrible an Android phone with two notches would be 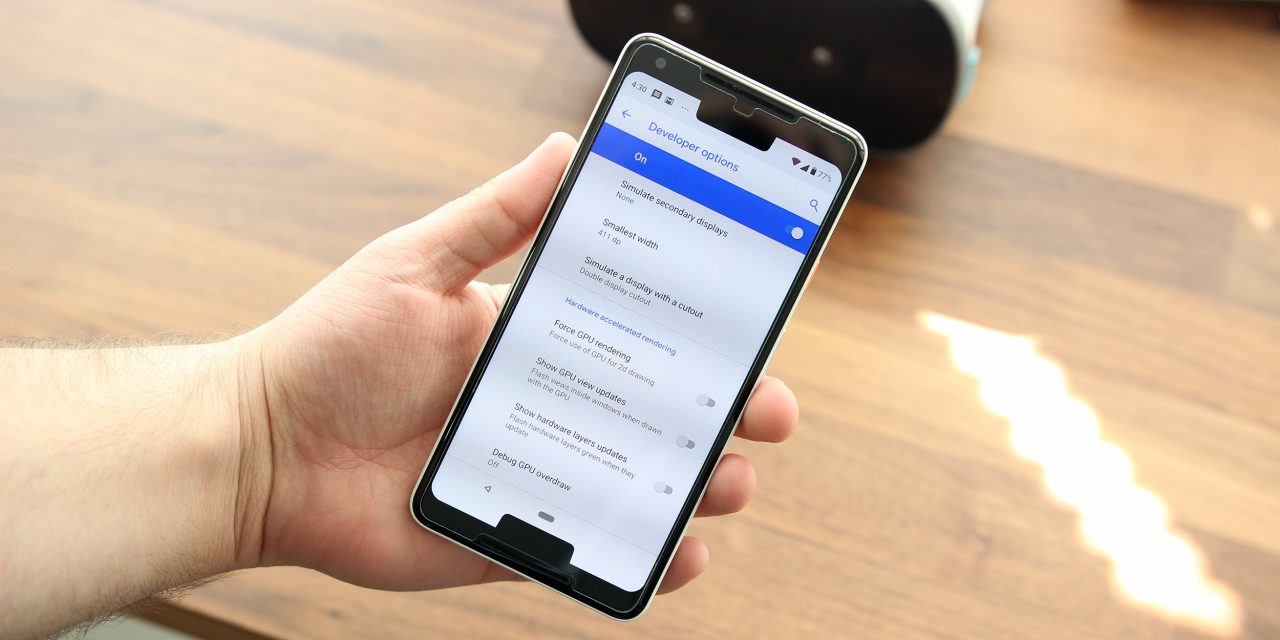 Android P focuses on delivering a lot of new things to Android, and we got a hint at Google’s bigger goals at I/O this week. However, back when the first developer preview landed, one of the big things Google was bringing to P was support for the notch. Now, Android P’s second preview supports two of them…

So… yeah. While digging around Android P’s second developer preview we revisited the “notch simulator” which is available on devices to help developers understand how their apps will be affected by a notch. In its original form, this feature simply let users see what a tall, wide, or narrow notch would look like on the phone.

In DP2, this feature actually gets a completely new set of options. The “tall” cutout remains, but the other two options are gone. Instead, the second option here is for a corner notch. This appears on the right side of the screen, and as you’d expect, it simply shifts the content on the notification bar to the left.

Most notably, though, this update includes an option to see what two notches look like. This puts two identical notches on the top and bottom of the display, and, yeah it’s horrible (see above). There’ so much wasted space here it just makes me sad. Please, no one actually do this. 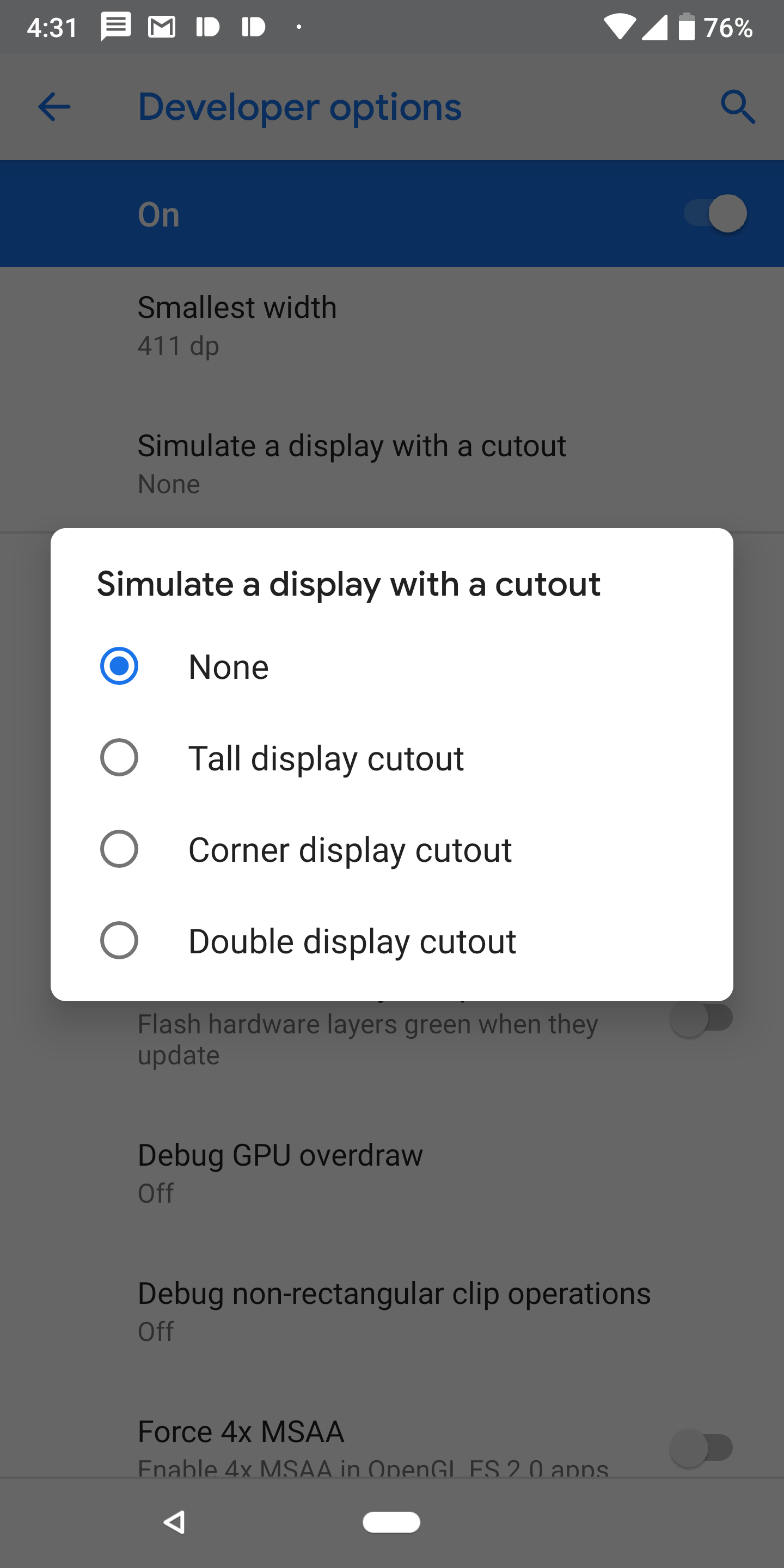