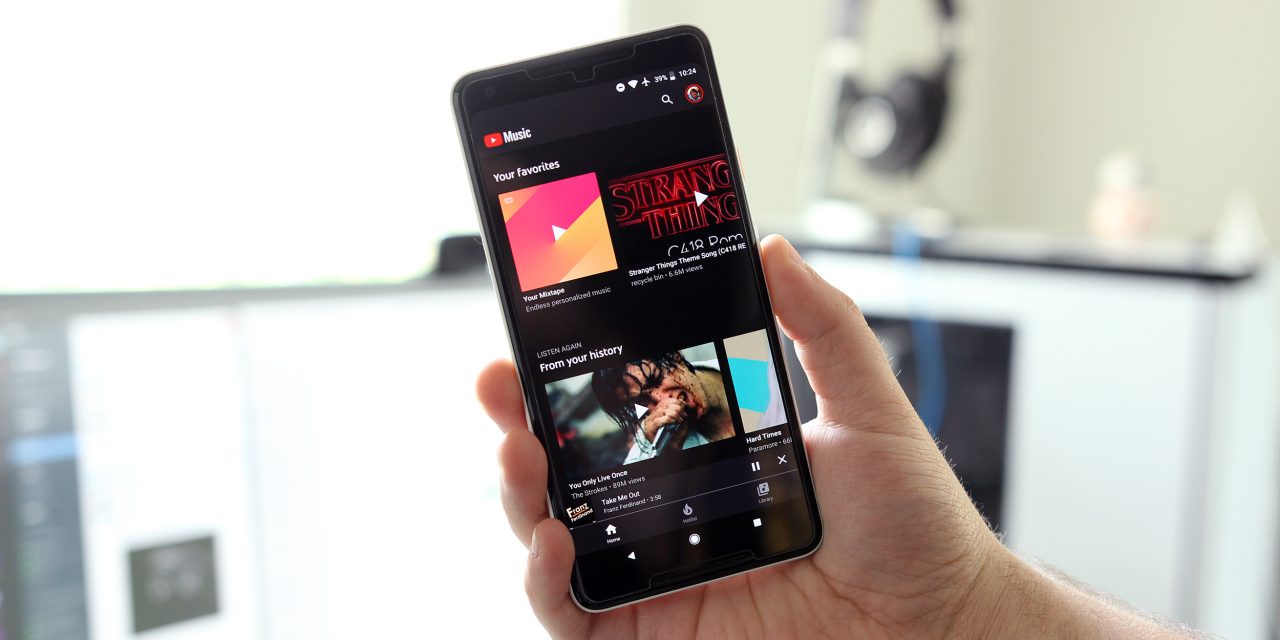 Announced last week and rolling out as of this Tuesday, YouTube Music is Google’s latest music streaming offering. While the mobile apps are visually similar to the previous iteration of the service, several new features have been added that reflect a rethought product. There are many smart additions, while the desktop client is a very welcome addition.

The “reimagined” YouTube Music will be familiar to users of the previous iteration of the app. A simple bottom bar houses tabs for Home, a renamed Hotlist, and Library. On initial sign-in, new users will be greeted with a grid of artists and asked to select their favorites to begin the recommendation process. Meanwhile, the app will also ask you to grant the location permission for recommendations.

This Home tab is dynamically updated throughout the day based on your prior listening history, location, and activities (gym, getting ready to sleep, etc.). These factors combine to offer “shelves” or carousels like “Your favorites” and “Family-friendly fun” with descriptions — “Listen again” and “Looks like you’re at home,” respectively — noting why it appeared.

Other common sections include “Similar to” artists based on your history, New releases, Today’s biggest hits, Throwback jams, and Live performances.

Compared to the previous version, I’ve noticed that some parts of the new YouTube Music surfaces the official audio version before music videos or even audio with just a still frame of the video. Google touts millions of official versions of song before the other harder to find covers that are unique to YouTube.

This prioritization is especially true in My Mixtape, most recommended shelves, and other official playlists where the music videos I’ve previously watched before have been converted to audio with album art.

However, on my account, where I was previously already a heavy YouTube Music user, it’s still surfacing many videos, but I believe that will change in the future.

Google notes that the new Music has thousands of playlists, with each featuring custom YouTube-branded cover art. Beyond recommendations, this curated approach is another big focus of the new Music. Each details who they are by and how long they run, with the option to save to your library or download.

I’ve found that one good way to find playlists is by heading to an artist page and scrolling down to the “Featured on” section that notes what playlists the bands you like are included in.

It’s still too early to tell whether YouTube Music’s recommendations — backed by those three factors and presumably Google’s other AI prowess  — is on par with something like Spotify’s excellent Discover Weekly playlist. However, speaking from having used the previous iteration of YouTube Music for several months now, I really do like the current algorithm.

I find that YouTube’s Up next feature is rather good at recommending a mix of your previously played songs and similar new ones that you might like. Having used that for several months, I can usually put it on in the background with Autoplay enabled and get new songs that I tend to save/like. In terms of discovery, it’s not as good as Spotify’s offering, but it is good enough. I hope the new iteration makes greater strides towards that. 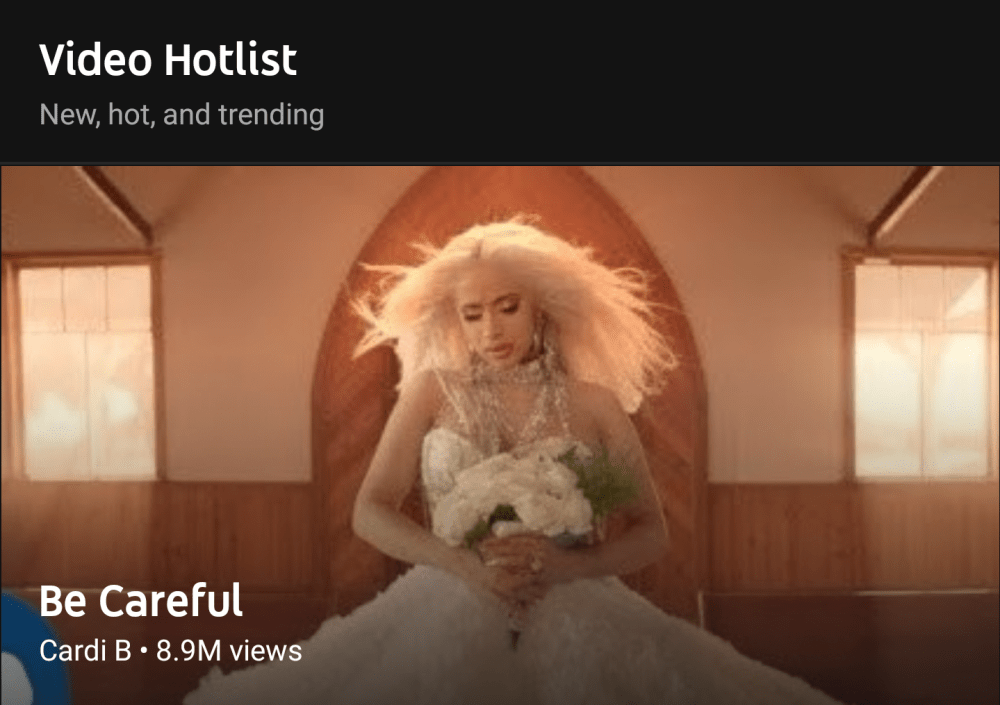 Like on the main YouTube app, a “Last played” shelf is the first thing in the third Library tab. A taller carousel allows users to see the songs they last played. Tapping the header allows them to see a history broken down by Today, Yesterday, and This Week.

Meanwhile, sections for Downloads, Playlists, Albums, Liked songs, and Artists are below. Compared to the previous version, Downloads is way more accessible. Individual songs and albums saved by Music Premium users are available here, with the constantly updating Offline mixtape up top.

As noted yesterday, the cloud locker and ability to upload your own songs is eventually coming to YouTube Music from Play Music. At the moment, only liked and saved songs from YouTube show up here. Under “Privacy & location” in settings, users can pause Watch and Search history, as well as Location-based and Activity-based recommendations.

Heading to an artist page provides a brief paragraph describing the band and its history with a button to shuffle through their entire discography or begin an artist radio. Songs are listed first, followed by a carousel of albums, singles, and videos. There is also a “Featured on” section that notes official playlists where their songs are featured, as well as a “Fans might also like” shelf noting similar artists.

Earlier this month, YouTube Music rolled out a redesigned player. This UI is more akin to a traditional music app with the entire list of what’s coming next no longer underneath the video window.

Given the new focus on audio, cover art is available here with larger playback controls below. An info icon lets users quickly jump to the artist page and full album. Additionally, on songs that feature album art, the player does a better job of extracting colors to providing a matching interface.

At the bottom of the screen is the new queue feature that notes what’s playing next with a swipe up revealing the full list to arrange the order and remove by swiping. The overflow menu for each song, album, and playlist in the app features an “Add to queue” button. In this list view, controls are overlaid over the cover art or video.

Search in the new YouTube Music is rather powerful and takes a page from Assistant on Google Home. You can search by typing in some lyrics — even incorrect ones with YouTube finding the closest match — or by briefly describing the song (that hipster song with the whistling).

Users can also search via “mood” for songs, like “music for a rainy day.” Meanwhile, there are filters to refine the results by song, video, album, and artist. 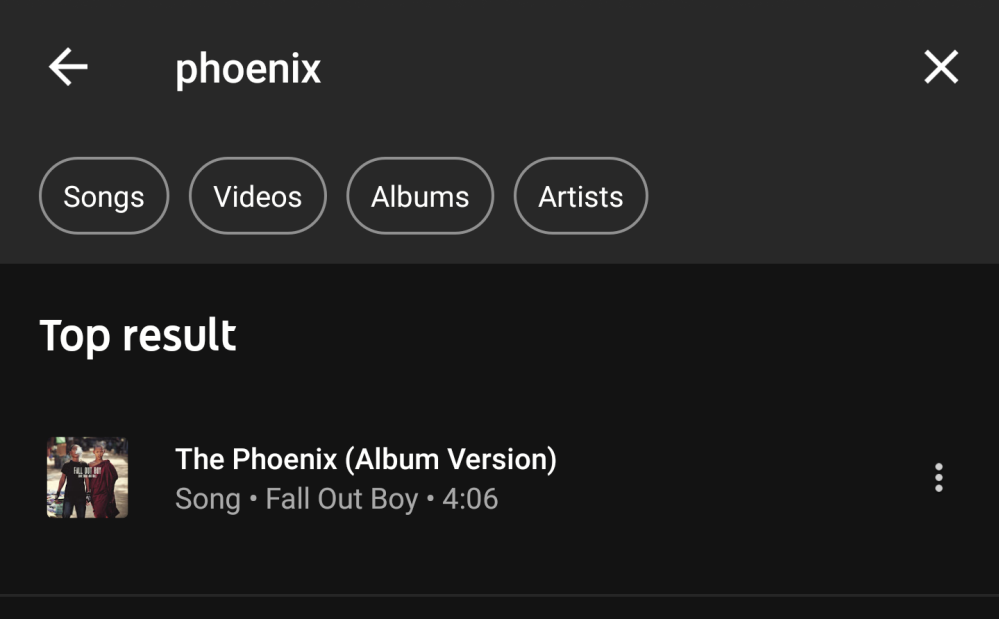 Like the mobile app, YouTube Music on the web features a dark theme that is a welcome sight for the eyes. The app bar up top features links to Home, Hotlist, Library, and Search. Layouts stay the same, but with multiple columns to make better use of the wider space.

The interface should be familiar to Play Music users with a persistent strip at the bottom that notes what song is playing with album and artist information, as well as YouTube’s view and like counts for videos. There are standard playback controls on the right with thumbs up/down, volume, repeat, shuffle to the right.

The Now Playing screen features that bottom bar, as well as the cover art or video window on the left-hand side, while your queue is on the right side. A chevron in the bottom-right corner allows users to hide the entire UI and return to searching and viewing the other tabs. For videos, there is a picture-in-picture mode in the bottom-right corner.

Google has only announced standard $9.99 per month pricing for new Music Premium users and $11.99 for the full YouTube Premium experience. Existing users will be grandfathered at the their current price, but YouTube has yet to share family or student pricing.