Substantial leaks for the third-generation Made by Google devices emerged later than usual this year, with concrete rumors first surfacing at the end of May. In the coming months, there will be more and more rumors with one good source of news coming directly from Google’s Android Open Source Project.

9to5Google is compiling an updating list of when Google developers inadvertently slip up during the development process for these devices and the next version of Android. At the moment, we are aware of three codenames pegged with the Pixel 3 and Pixel 3 XL.

Last April, our Stephen Hall revealed a list of codenames for current Google projects. It included “sailfish” and “marlin” for the first-generation Pixel devices, as well as “walleye” and “taimen,” which are the Pixel 2 and Pixel 2 XL, respectively. “Muskie,” the shelved Pixel 2 XL from HTC, was also present.

Meanwhile, in October, a report suggested that “crosshatch” — now confirmed to be the larger XL device —  and “blueline” from our list were like codenames for the Pixel 3. At the time, “albacore” was also offered as a possible codename for a third device.

Our full (reverse chronological) list of codenames referenced in AOSP will also provide some context to the nature of the entry:

Another direct reference to Blueline. 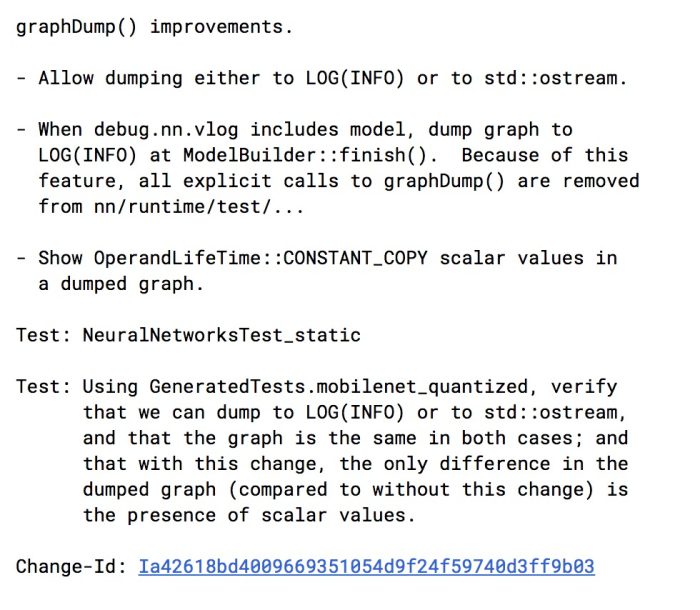 Blueline is referenced directly in one entry by a Googler.

Another entry related to machine learning.

Another entry related to the camera. 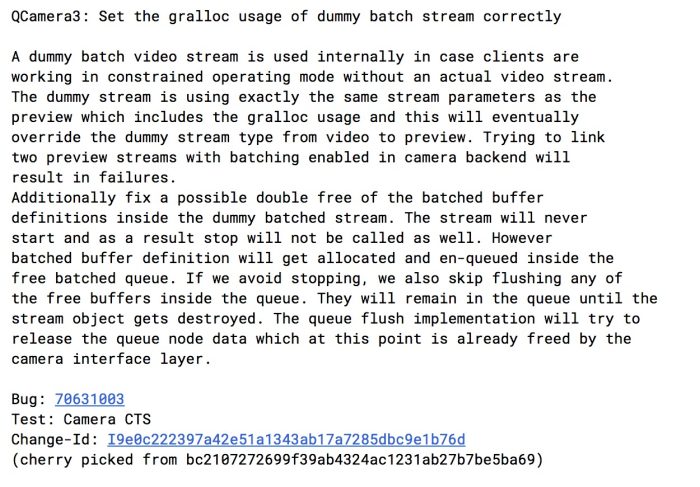 The latest AOSP entry is in regards to the camera, specifically a “hot pixel model” and “shading mode.” Both likely try to address physical damage to the camera’s sensor that results in discoloration of a photo. 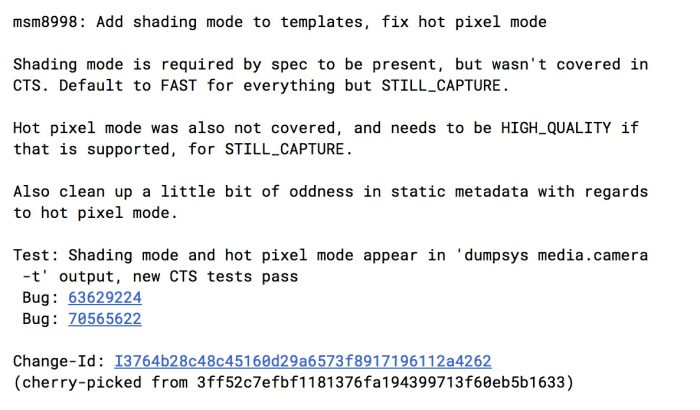 A trio of commits (1, 2, 3) where both blueline and crosshatch are present in relation to machine learning frameworks.

This is the first commit where both blueline and crosshatch appear together. Given that the Pixel 3 XL is highly likely codenamed “crosshatch,” “blueline” is possibly the smaller Pixel 3 given the other mention a week earlier.

The first commit for blueline is in reference to testing done on that device of a “new spam API” for the phone dialer app that “can query additional data.”

Another entry related to development, crosshatch is referenced in regards to a Googler asking about the state of “LOCAL_MODULE_TAGS” and “adding it to device/google/crosshatch as a debug target.” 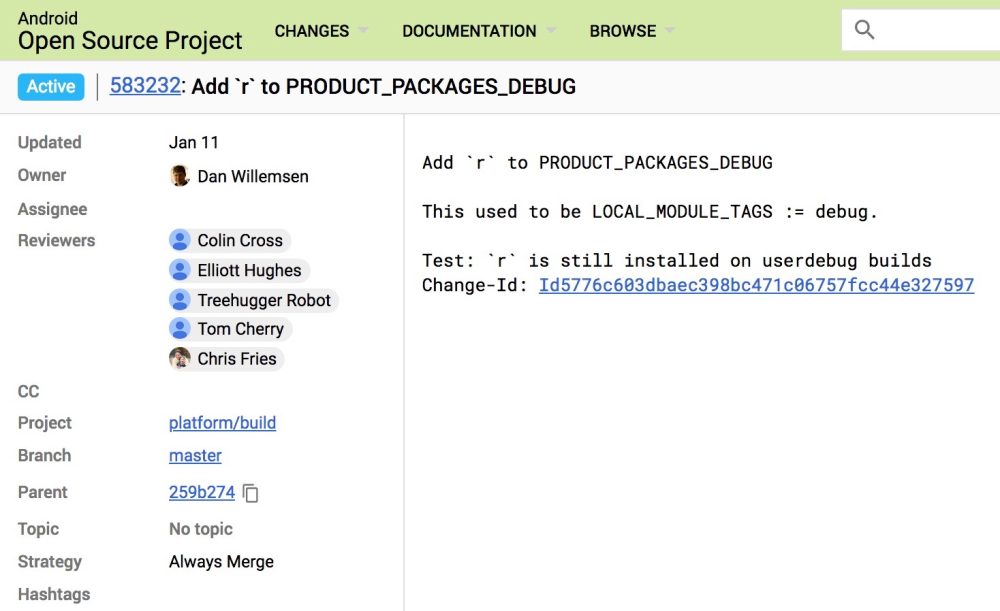 This commit wants to revert the earlier deletion of “toolbox/r.c” as “this utility is always useful during device bringup, so let’s bring it back for debug builds.”

Device bringup is a part of the development process where a system is repeatedly tested, validated, and debugged until it is ready for manufacturing.

In this case, one Googler notes that the tool is used “a lot” as part of crosshatch development.

The first reference for crosshatch in AOSP is in regards to an “audio subsystem” related to the “Pixel and Qualcomm.”