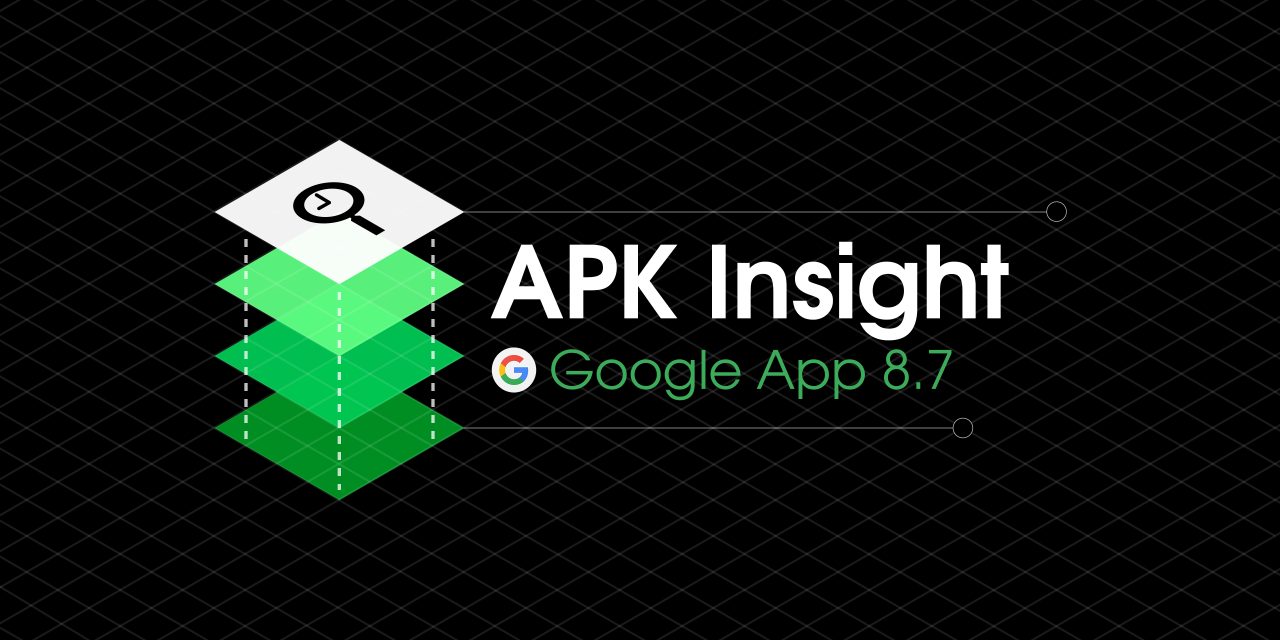 The latest Google app beta is rolling out this morning with details about two key features. First is some sort of standalone “Google Podcasts” app, while the second is more about the company’s upcoming 2018 World Cup coverage. Version 8.7 also provides more insight about Assistant smart displays ahead of next month’s launch.

As first hinted at in a series of interviews this April, version 8.7 reveals that Google Podcasts is getting its own app in the Play Store. Specifically, a prompt will suggest that users download “Google Podcasts” from the Play Store for “quick access.”

However, it’s unclear at the moment what the extent of this application will be. It could just be an app that acts as a shortcut — similar to Google Lens — to launch the experience directly, or the new app could completely replicate the functionality and entire interface in its own self-contained app that no longer relys on or opens the Google app.

Regardless, it reflects the company’s grand ambition for the service, which began with Podcasts getting a homescreen UI, offline download capabilities, and then rebranding to “Google Podcasts” with the Material Theme.

All of Google’s products and services will be going all out for the 2018 World Cup starting later this month. From Google Trends to News, multiple apps will be providing in-depth ways to cover the football competition, but the primary method will be through Google Search.

On Android, the Google app will let users pin live scores as a floating window, as we first spotted in March. The pill-shaped UI can be tapped to provide more details, with a shortcut opening the full Google app. Meanwhile, version 8.7 today includes a quick shortcut — with the below icon — to “Follow” and “sign up” for all the World Cup news.

<string name=”follow_world_cup_promo_detail”>Tap here to sign up for match reminders, news and live scores for your favorite teams</string>

Actions on Google are essentially apps for Assistant with Google trying to make the discovery process as easy as possible with features like “Explore.” The company is now trying to simplify this process even further by suggesting “related” Actions as you type.

It’s not clear which text field is being referenced, but it could possibly be related to Assistant’s upcoming visual refresh this summer. Users might be able to type in Assistant and get suggestion chips for Actions that will help accomplish the query. The alternative is just a revamped search feature in the Explore tab.

<string name=”action_suggestion_message”>This is an action that’s related to what you’re typing.</string>