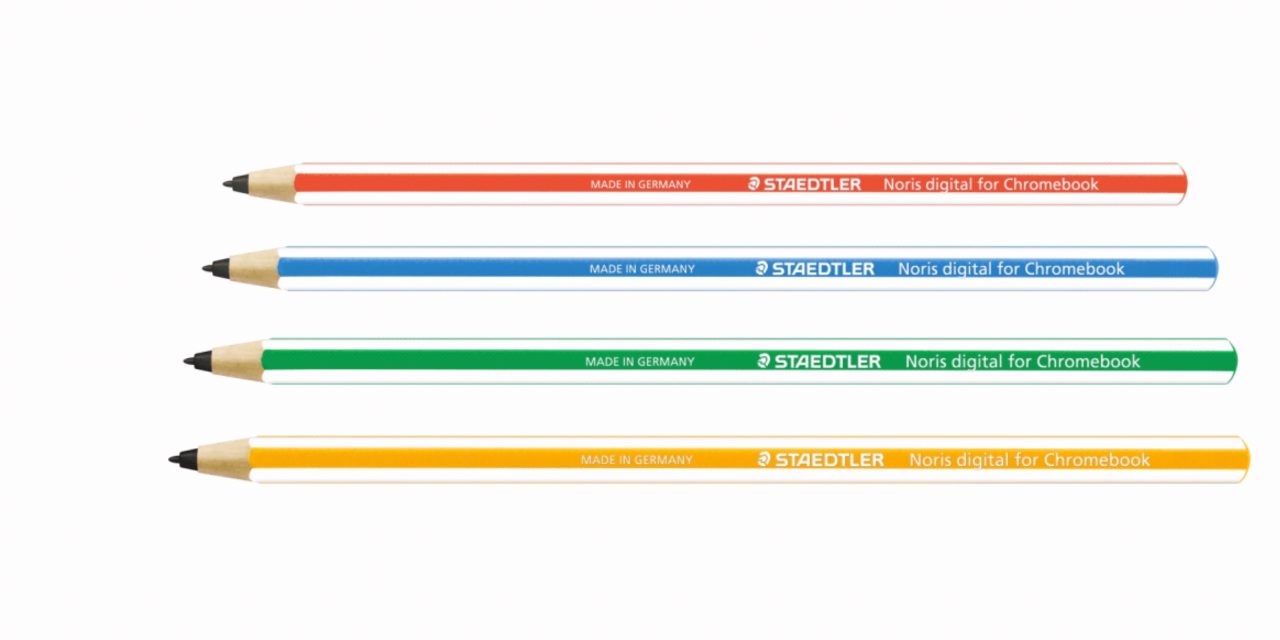 As more convertible and tablet Chromebooks launch, the stylus becomes an increasingly important accessory. That is especially true for education users, with writing instrument company Staedtler this summer releasing a Chromebook stylus that looks identical to a yellow #2 pencil.

Staedtler is a Germany company that has been making markers, art supplies, and technical instruments since 1835. Its products of course include the hexagonal #2 pencil of old still widely found in schools today.

The Noris digital for Chromebook takes that iconic six-sided design and adds digital smarts to work as a touchscreen stylus. First announced as a “product concept” in January, it specifically leverages electro-magnetic resonance technology from Wacom:

EMR technology switches back and forth between 2 operating modes many times per second. First, there is the power mode, which is where the sensor creates a magnetic field and sends out a frequency that is picked up by the pen. This transfers energy into the pen wirelessly, like how a tuning fork makes a piano wire move without touching it. Once the pen is energized, it redirects that energy though the pen circuitry as a radio frequency (RF) signal. At that point, the sensor stops sending, and switches over to listening mode. The sensor can then hear the pen that is located above the sensor. By measuring the signal strength at several points along the sensor, we can do the calculations on-the-fly to determine precisely where the pen is located, as well as when the pen tip is pressed down, and how hard it is pressed down.

The primary benefit of EMR is that the stylus does not require pairing and works instantly, while the passive technology does not need charging. Compatible touchscreens feature palm rejection, while pressure sensitivity allows for adjustable line widths.

Design-wise, the Noris digital comes in four white pin-striped colors including yellow, blue, red, and green. There is actual wood, with Staedtler noting it is eco-friendly and made from PEFC-certified sustainably managed German forests.

At launch, 11 Chromebook models — some being education variants — that feature EMR technology will be compatible with the Staedtler stylus. According to Google, it will be available for purchase later this summer.