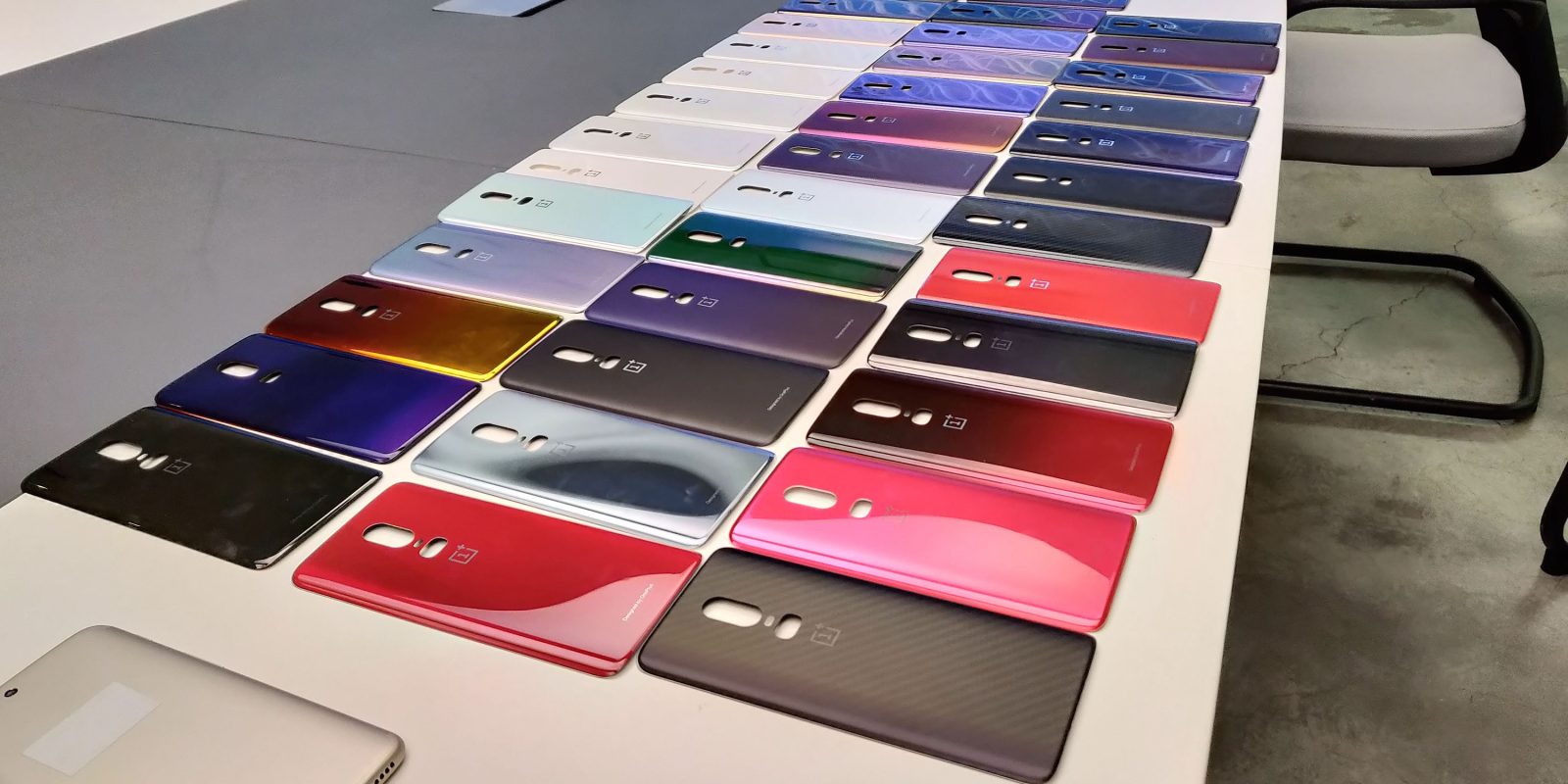 The OnePlus 6 arrived on the market just a few weeks ago, and this week, a gorgeous new red color was announced. Before settling on the final design for the OnePlus 6, it turns out the company played around with some pretty crazy concepts…

Ahead of the launch of the OnePlus 6 in red, the company gave the folks at PCMag an exclusive hands-on look within its design lab to check out some of the crazy colors and design concepts the company went through before settling on a final product. Those designs include some backplates with more textures (which unfortunately weren’t pictured) and designs, as well as gradient color variants.

Like what Huawei delivered with the P20 family, it seems OnePlus was experimenting with color options that included two or more colors in one device, smoothly moving between them based on the surrounding light.

Notably, PCMag also saw some early OnePlus prototypes that lacked a headphone jack. With so many OEMs taking this option away, it makes sense that OnePlus took the time to try it out, but clearly, the company has stood firm in keeping the jack on its devices. Again, there aren’t any pictures showing those units off, though.

The video below shows off a few more of OnePlus’ prototypes for the OnePlus 6 and the OnePlus 5 that came before it as well.