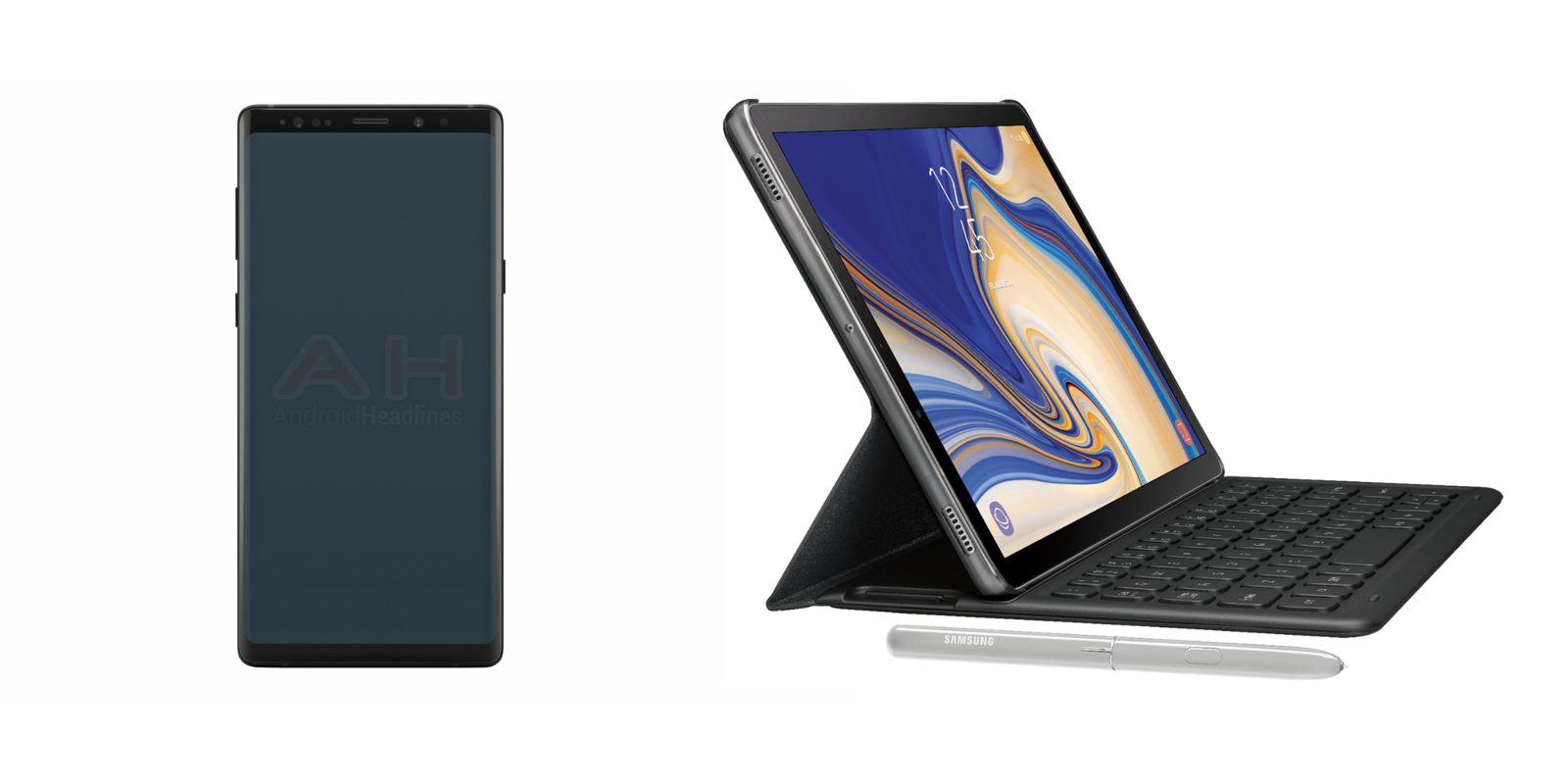 As per usual, Samsung can’t seem to keep its upcoming products from showing up all over the internet. This time around, we have two freshly leaked renders of the Galaxy Note 9 and the Galaxy Tab S4 to discuss.

First up, we have a new render of the Galaxy Note 9’s front panel via the folks over at AndroidHeadlines. While you could easily mistake this image for one of last year’s Galaxy Note 8, several small differences are noticeable.

Most notably, the bottom bezel (or rather the chin) below the display is slightly smaller than that on the Note 8. This change plus the somewhat raised power, volume, and Bixby button placements show a refined design on the Note 9 as many of the handset’s characteristics don’t change much from last year’s model.

We’ve already seen leaked renders of the rear of the device which mainly shows a less awkward fingerprint sensor location. 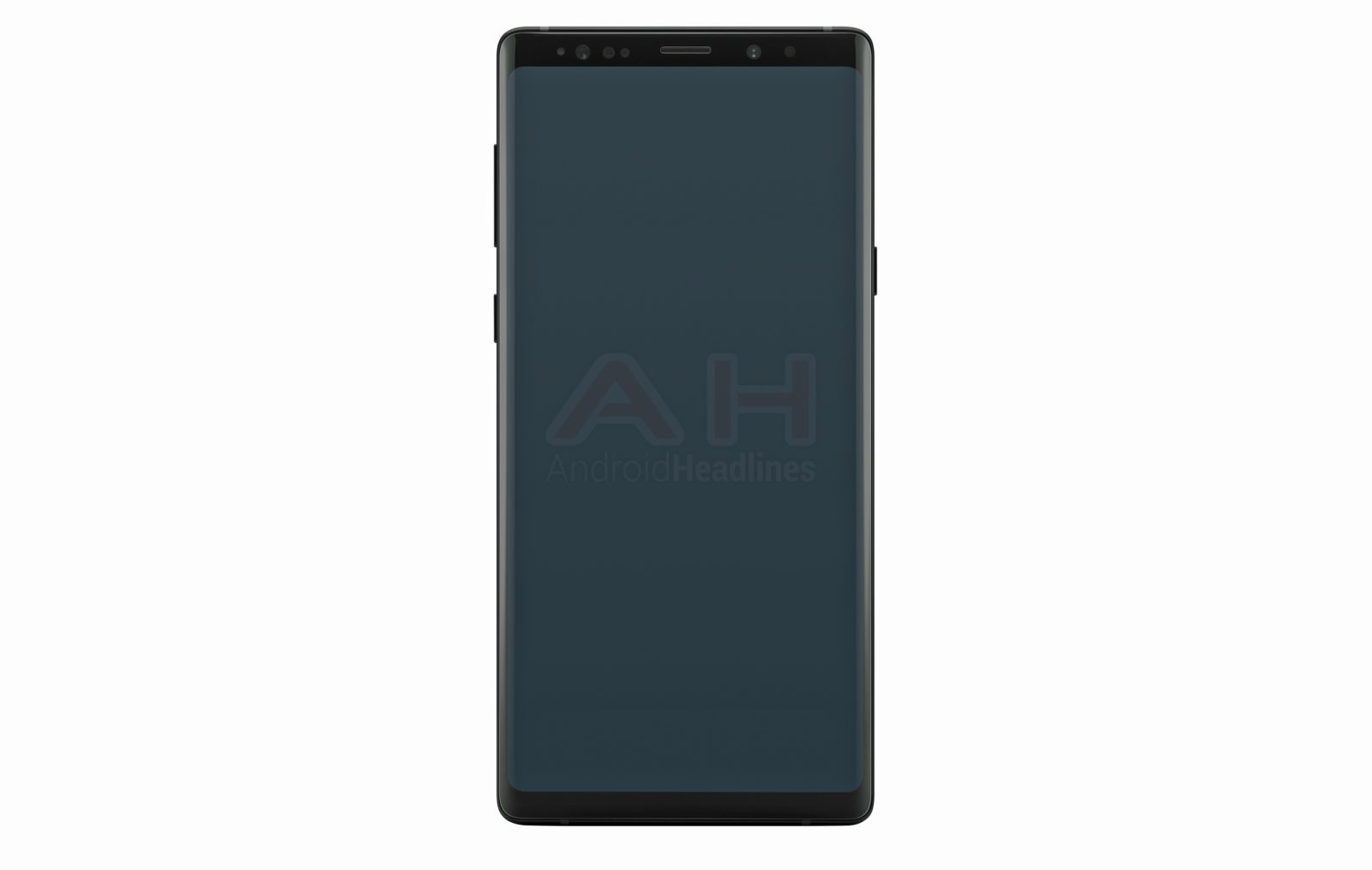 Next up, we have what looks to be an official press render of the Galaxy Tab S4 from notable leaker, Evan Blass. According to Blass, this is an image of the white model. We can only see the black bezels and the optional keyboard cover, but the rear of the device should feature the white colorway along with the white pen.

Everything else we know about Samsung’s upcoming tablet comes from a previous leak. It’s rumored that the Tab S4 will include Android 8.1 Oreo, a Snapdragon 835 CPU, 4GB of RAM, a 7,300mAh battery, and speakers tunes by AKG. 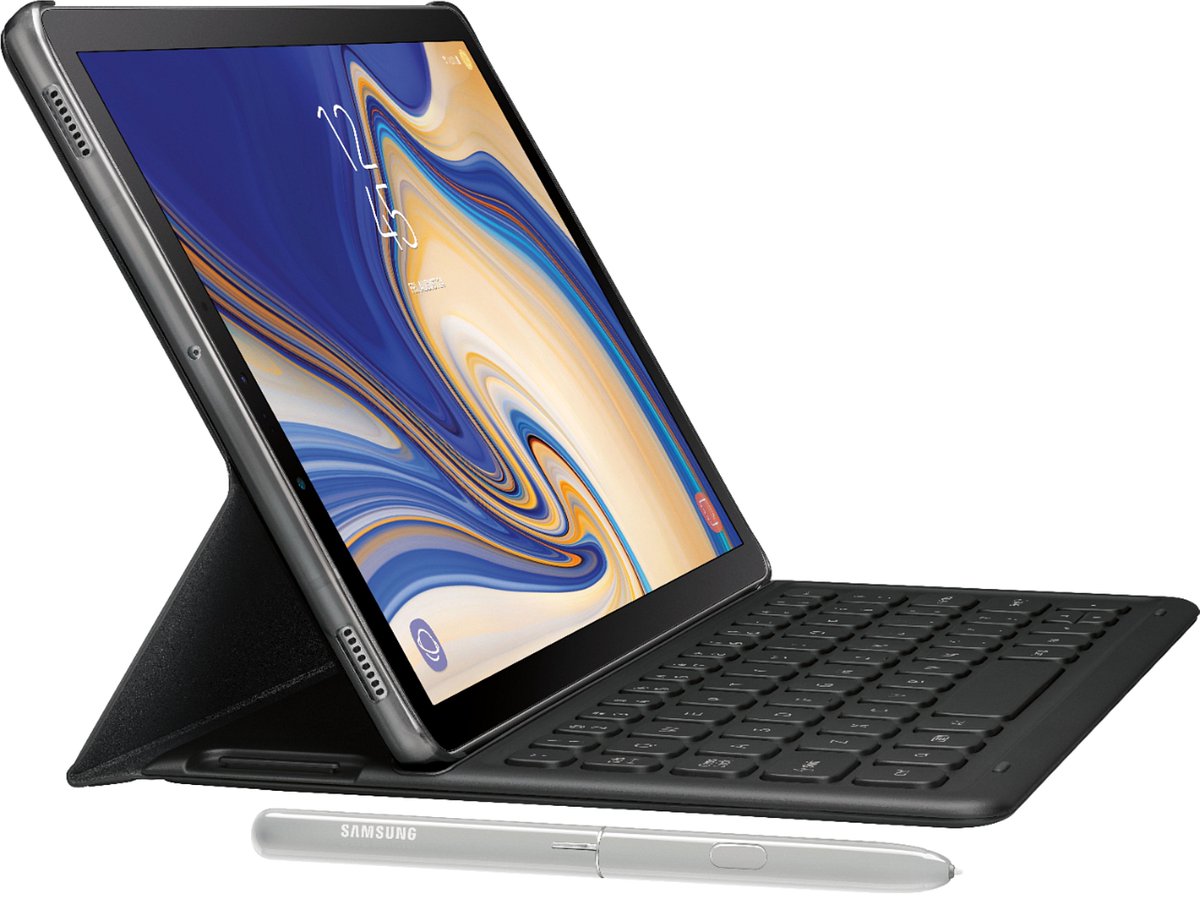 Since publishing, Blass has tweeted the below image comparing the new pen meant for the Tab S4 to the pen that worked with the older Tab S3.

Oh, and now Blass has shared a render of the back of the white (or maybe silver) colorway.

More of that "white." pic.twitter.com/pQltterQJv