Last week brought the final build of Android Pie, as well as the debut of Samsung’s new Galaxy Watch. Now, to keep up with the times, Samsung has updated one of its apps with support for both of those…

Samsung’s “Gear” app has long been available for users to pair not only Gear smartwatches such as the Gear S3 or Gear Sport, but also fitness trackers and even the company’s IconX wireless earbuds. With last week’s announcement, though, Samsung ditched the Gear branding, moving over to calling its new watch the Samsung Galaxy Watch.

In line with that, the app has been renamed “Galaxy Wearable,” with a new icon to match as well. The updated app still supports Samsung’s array of wearables including the Gear Sport, Gear S3, Gear IconX, and more, but also adds support for the new Galaxy Watch. Interestingly, as you can see below, the Gear S3 is no longer listed in the main grid, but it does still appear when searching for devices to pair. 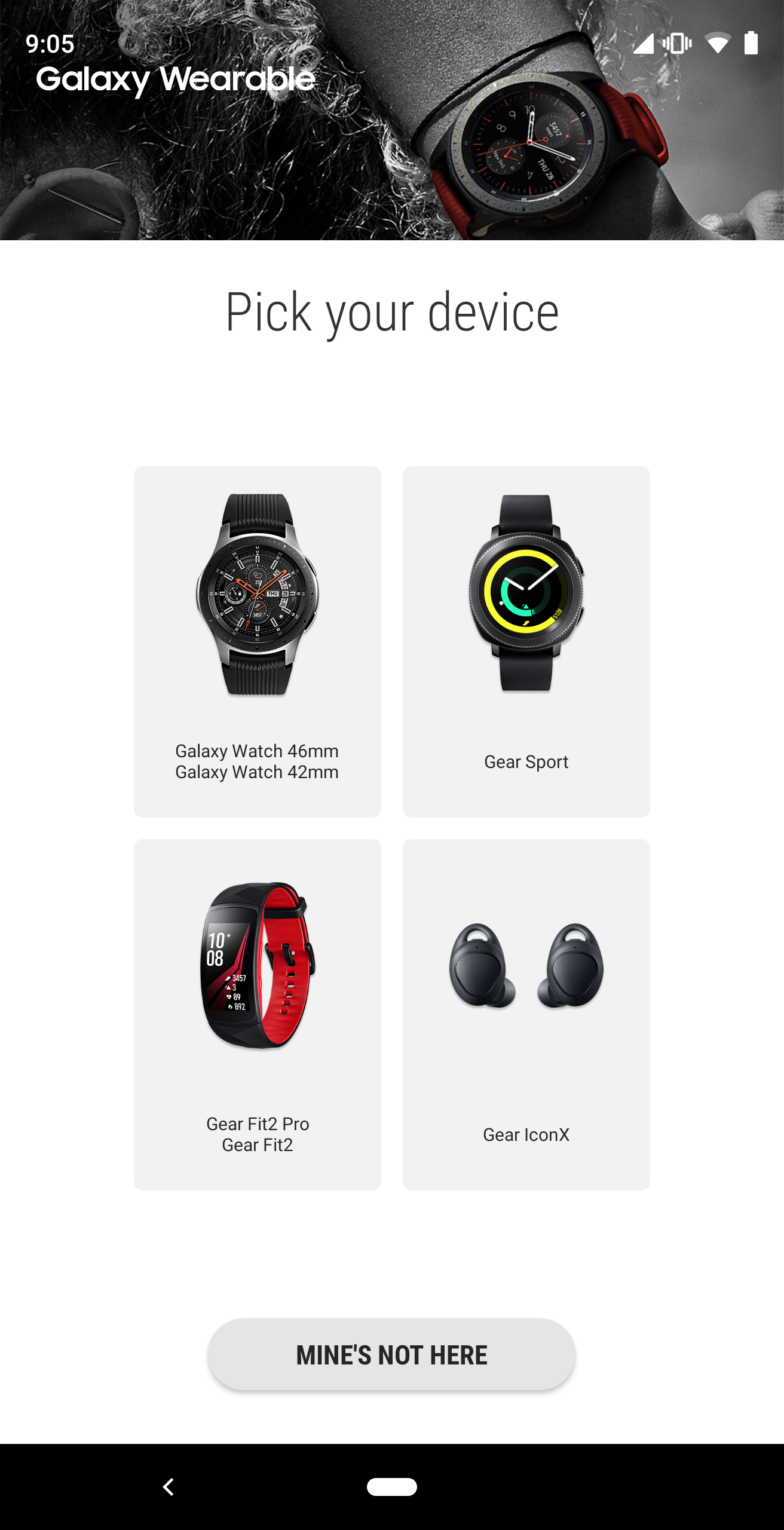 The more exciting news, though, is that this update also brings support for Android Pie. As we mentioned last week, Samsung’s wearables weren’t playing nice with Google’s latest Android release, and it tied back to the companion application. Now, everything seems to be working just fine, as my Gear S3 paired flawlessly to my Essential Phone on Android Pie, despite not working just yesterday. Your results may vary, though, as Samsung hasn’t officially said that this update fixes Pie compatibility.

Samsung’s Galaxy Wearable is available on Google Play, and the update should be rolling out for users which had the Gear S app installed already.