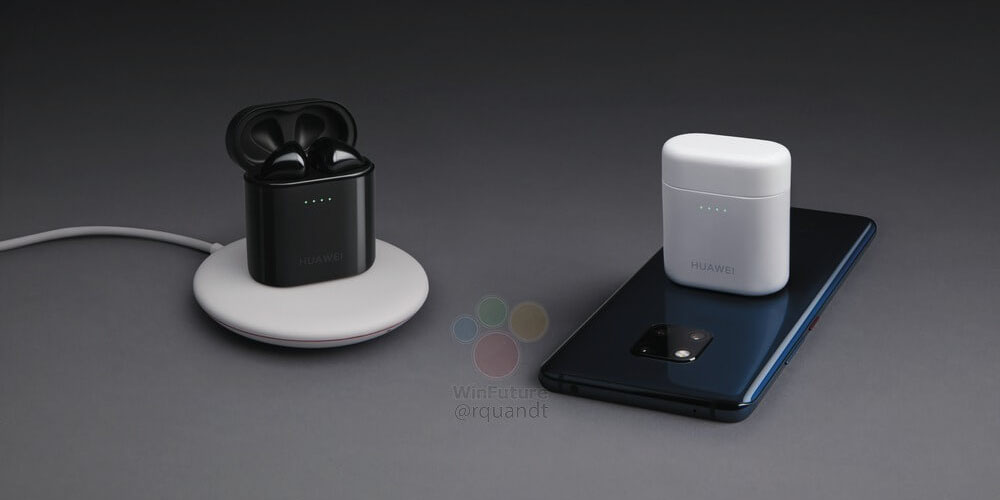 The month of October is packed with new smartphone releases, and one to look forward to is the Huawei Mate 20 and Mate 20 Pro. We’ve already seen some leaks of the company’s upcoming releases, but today a new set of leaks has revealed new details and even a new product.

Ahead of the October 16th launch event, Roland Quandt has managed to share two images (via Twitter 1, 2) of the Huawei Mate 20 Pro. These new shots show the phone from the front revealing some new details. For one, the bezels here are extremely thin. Around the sides, the screen is slightly curved like on recent Samsung Galaxy flagships, and the top and bottom see very slim bezels as well.

There is a considerably sized notch on the top of the display, but it does look like it may contain some extra hardware. It’s unclear at the moment, but it’s possible that Huawei is opting to use a different front panel on the Mate 20 versus the Mate 20 Pro, as past leaks pointed towards a “waterdrop” notch being used. Another picture shared also confirms the square design for the triple-camera setup.

Quandt has also shared leaked press renders of Huawei’s new Freebuds 2 Pro wireless earbuds. The design influence is clearly from Apple’s AirPods. From the earbuds themselves down to the charging case, Apple’s design is knocked off big time even though Huawei does make some changes. There are charging LEDs on the outside of the case and it does look like these will also be available in a black color variant.

The notable part here, though, is the fact that the case for the FreeBuds 2 Pro can use Qi charging as the Mate 20 Pro is expected to do. Even better, it appears that users will be able to charge the case using the phone itself (pictured above). While perhaps not very practical, that’s incredibly cool. For standard charging, USB-C is included as well. 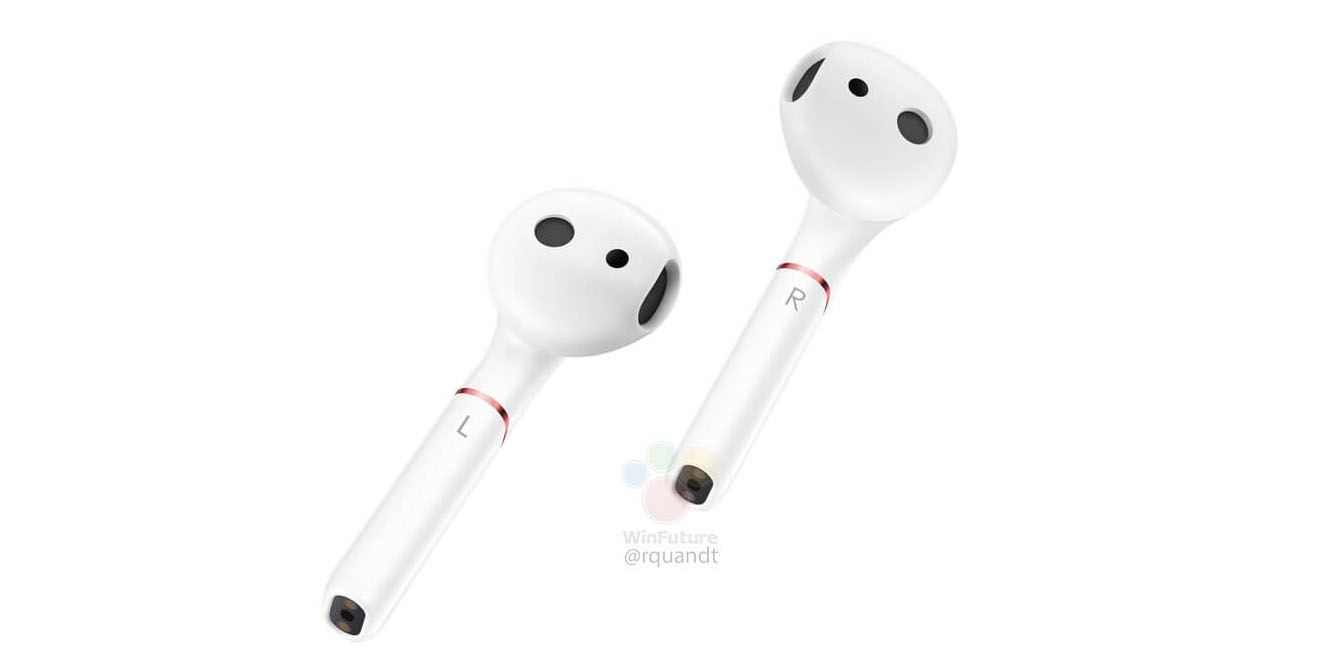 As for the Freebuds 2 Pro themselves, the earbuds support Hi-Res Wireless Audio over Bluetooth 5.0. They also have around 3 hours of battery life with an extra 20 hours coming from the case. Google Assistant may also be integrated here, but it’s unclear if this will be the same implementation as something like Google’s Pixel Buds. Apparently, though, Google Assistant will play a “central role” on the Mate 20 Pro.