There are a few ongoing trends in the smartphone industry nowadays, and Huawei’s P20 family embraced pretty much all of them. Now, with its upcoming Huawei Mate 20, the company seems to be bucking a lot of those trends with a refined approach…

The biggest trend we’ve seen over the past year in smartphones is the notch. Everyone from Apple to Google is adopting a notch, and some implementations are better than others. With its P20 family, Huawei’s notch wasn’t overbearing, but was still considered invasive by many. Now with the Mate 20, Huawei seems to have cleaned things up a bit.

As revealed by XDA-Developers, a new set of renders based on real-life photos showcase the Huawei Mate 20 from all angles, and the notch is one of the first things you’ll notice.

The new “waterdrop” design lets the notch just house the camera, keeping it as small as physically possible. It’s a huge improvement from what we’ve seen on the P20. The Mate 20 “waterdrop” design offers a similarly clean look compared to the OPPO R17. Apparently, Huawei is still packing a front-facing speaker/earpiece and all the needed sensors in the slim bezel above that camera.

Further, Huawei has another surprise here with a headphone jack in tow, again bucking trends. Last year’s Mate 10 family did have some variants with a 3.5mm jack, but others like the Mate 10 Pro didn’t. Presumably, we’ll see the same setup here. The jack on this device is on the top while a USB-C port and speaker fall on the bottom.

The back of this phone was obstructed in the photos these renders are based on, so some of the details are a bit less clear in that area. XDA does say that a fingerprint sensor will be back there, alongside three camera sensors just like the P20 Pro, but with a funky square design. The back will also be glass as previously detailed to support wireless charging. 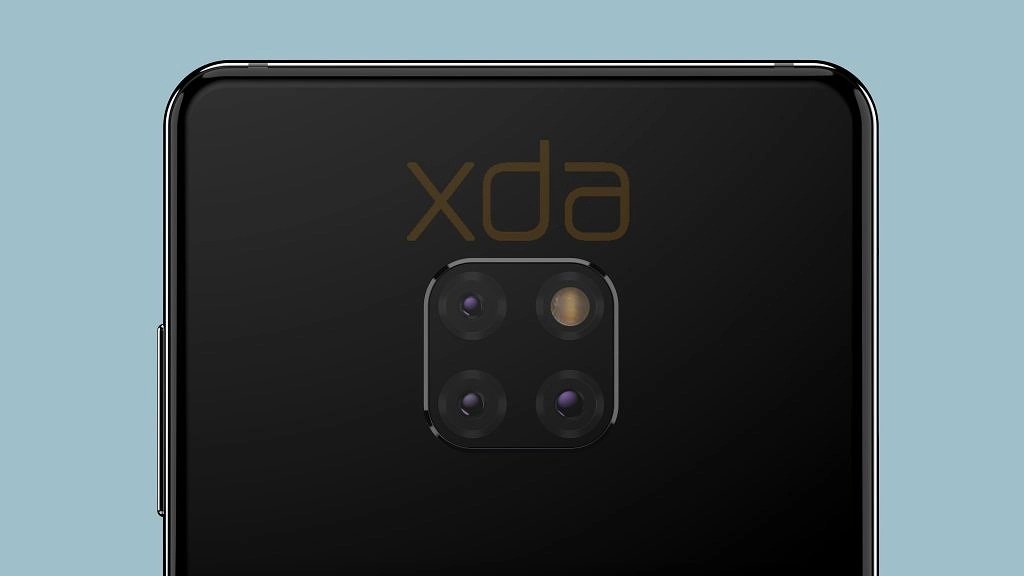 Finally, XDA’s report also reveals a full spec sheet of the Mate 20. Apparently, the device will offer a 6.3-inch OLED display, Kirin 980 chipset, 6GB of RAM and 128GB of storage (with other variants), Android 9 Pie, and a 4,200 mAh battery. That looks like a solid overall package.

Huawei will likely reveal or tease the Mate 20 lineup at IFA in the next few weeks, with a full reveal likely slated for sometime in the next couple of months.