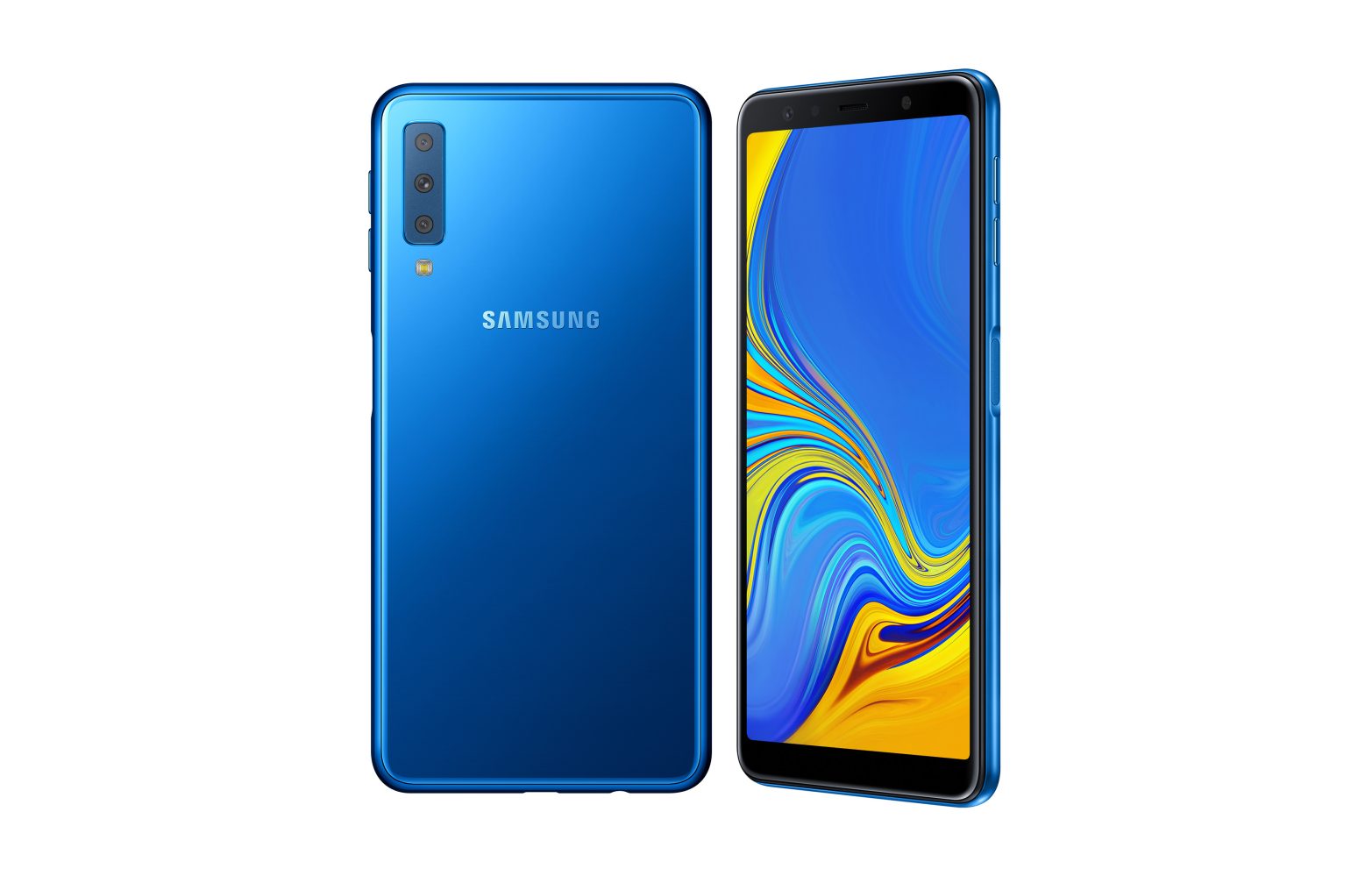 Samsung isn’t slow to embrace new trends in the smartphone industry. Now, after Huawei introduced the technology on its P20 Pro, Samsung is introducing its first smartphone with a triple-camera – the Galaxy A7.

Announced today for the European and Asian markets, the latest Galaxy A7 is another mid-range Android smartphone. If that name sounds familiar, that’s because it’s been recycled from a phone from 2015. It offers a 6-inch SuperAMOLED display, octa-core 2.2GHz chipset, up to 6GB of RAM and 128GB of storage, a 3,300 mAh battery, Android Oreo, and more. There’s also a fingerprint sensor on the side of the device.

However, the key feature on this device is its camera array.

On the front of the device, you’ll find a single 24MP selfie shooter. That’s relatively standard, but on the rear users are greeted with a triple camera setup. This consists of a primary 24MP lens with auto-focus and an f/1.7 aperture. This lens apparently uses its excess resolution to improve quality by combining four pixels into one when in low-light conditions.

There’s also a 5MP f/2.2 “Depth Lens” which is used to produce bokeh in Samsung’s Live Focus mode. Finally, there’s an 8MP f/2.4 Ultra-Wide lens. Similar to LG, this lens is used to capture more with a 120-degree field-of-view.

Never miss a moment with the Galaxy A7’s 8MP 120° Ultra Wide Lens. With the same viewing angle as the human eye, the Galaxy A7 captures the world exactly as you see it for unrestricted wide-angle photos.

It’s widely been reported that Samsung’s next flagship smartphone, the Galaxy S10, will have at least one variant packing a triple camera system. Rumors point to a slightly different setup, though, consisting of a standard lens, telephoto, and ultra-wide angle. Clearly, the Galaxy A7 is setting the stage for that device.

Currently, Samsung has not announced pricing for the Galaxy A7, but that will likely be detailed just ahead of the fall release.