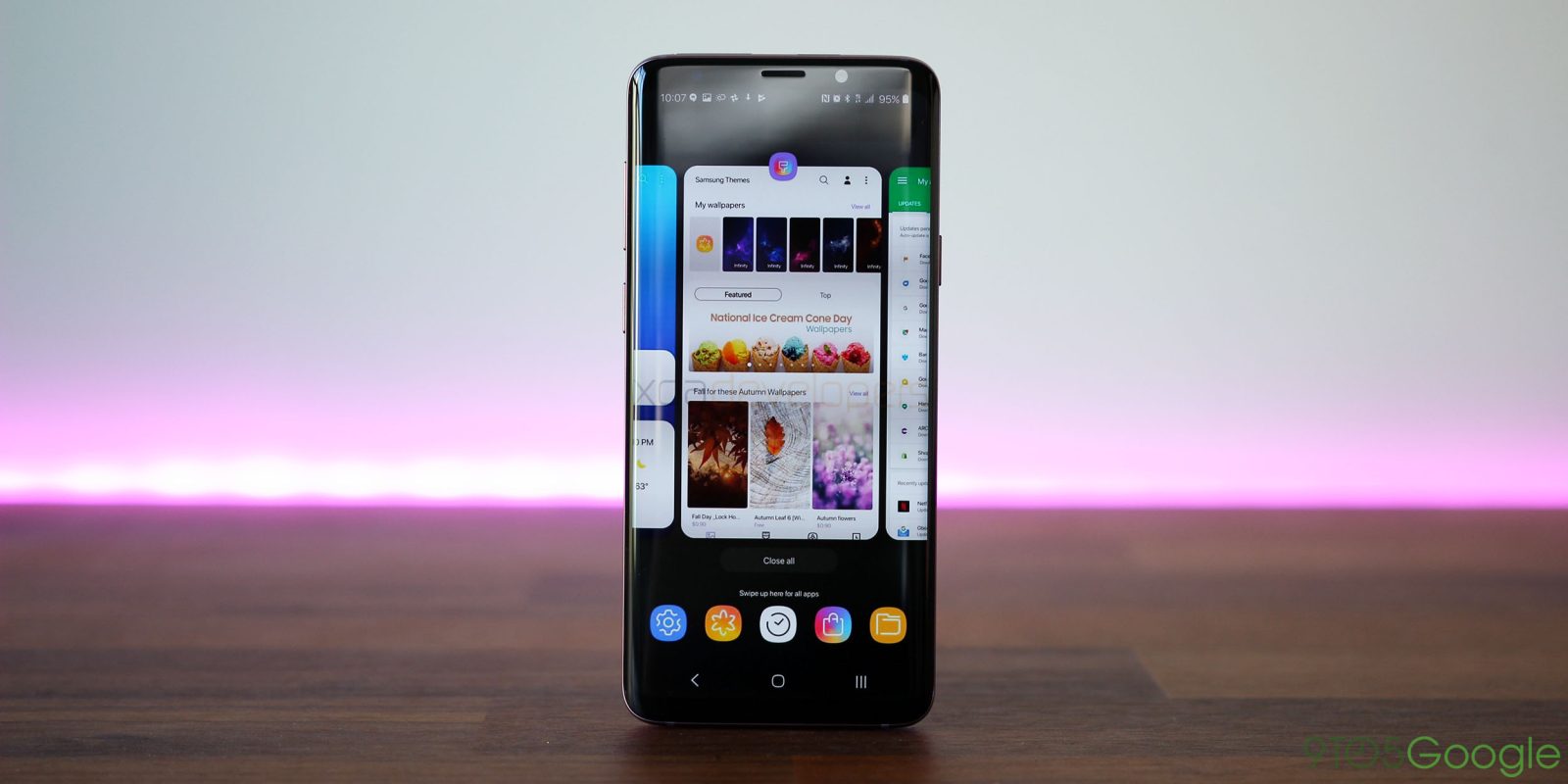 Android 9 Pie has been out for a little over a month so far, but outside of Google, OnePlus, and Essential, there haven’t been many updates. This week, we’re getting our first look at Samsung’s take on Pie on the Galaxy S9+ and, well, a whole lot has changed…

Shown off on the Galaxy S9+, an early build of Samsung’s take on Android 9 Pie has leaked courtesy of XDA-Developers. This build is by no means complete and still has some major bugs, but it gives us some really good insight on what Samsung plans to bring to the table. Notably, Pie will also bring Samsung Experience 10 to the company’s devices.

At first glance in this update, there are a ton of big changes to the overall UI. Clearly, a lot of inspiration has been taken from Google’s changes to Android 9 Pie and Material Theme in general. Rounded elements dominate the interface, especially in the settings menu. Personally, I think it looks really bad, but a big part of that is the unfinished night theme. According to XDA, that can’t be turned off in this build.

A very notable change in this build is also the recents menu. Samsung’s take on this menu adopts a few things from Google’s version of Android 9 Pie, but visually has a look more similar to “Good Lock.” One thing I personally like here is the easily accessible “Clear All” button. On a standard build of Pie, you have to swipe all the way to the end of the list to access that option.

You can see some major portions of the interface in the gallery below.

Interestingly, Samsung also appears to have added a set of gestures in its take on Android 9 Pie. These aren’t the same ones that Google uses on Pixel devices, but are more akin to what OnePlus has been using. When enabled, a swipe up from the center goes home, a swipe from the left third of the screen goes back, and a swipe up from the right third opens the recents menu. It’s a pretty basic implementation, but one I can see some users enjoying.

This update also refreshes the UI of a lot of Samsung’s built-in applications. That includes the dialer, Bixby, the camera app, Samsung Messages, and many others. The galleries below show off the changes present.

What do you think of Android 9 Pie on the Galaxy S9+?

While this is an early build of Pie on the Galaxy S9+, it’s also definitely going to be a divisive change for users. It takes a lot of Samsung’s design and merges it with the latest from Google. Personally, I’m not a fan, but I’m definitely interested to hear what you think. Drop a comment below and let us know your thoughts!

As a side note, XDA-Developers has also released a guide on how to install this preview on your Galaxy S9+ as long as it has a Snapdragon chipset. As an early build it still has a lot of issues, so try it at your own risk. Obviously, we don’t have a clear release date for Android 9 Pie on Samsung’s devices, but this interface is more than likely a preview of what will be on the Galaxy S10.