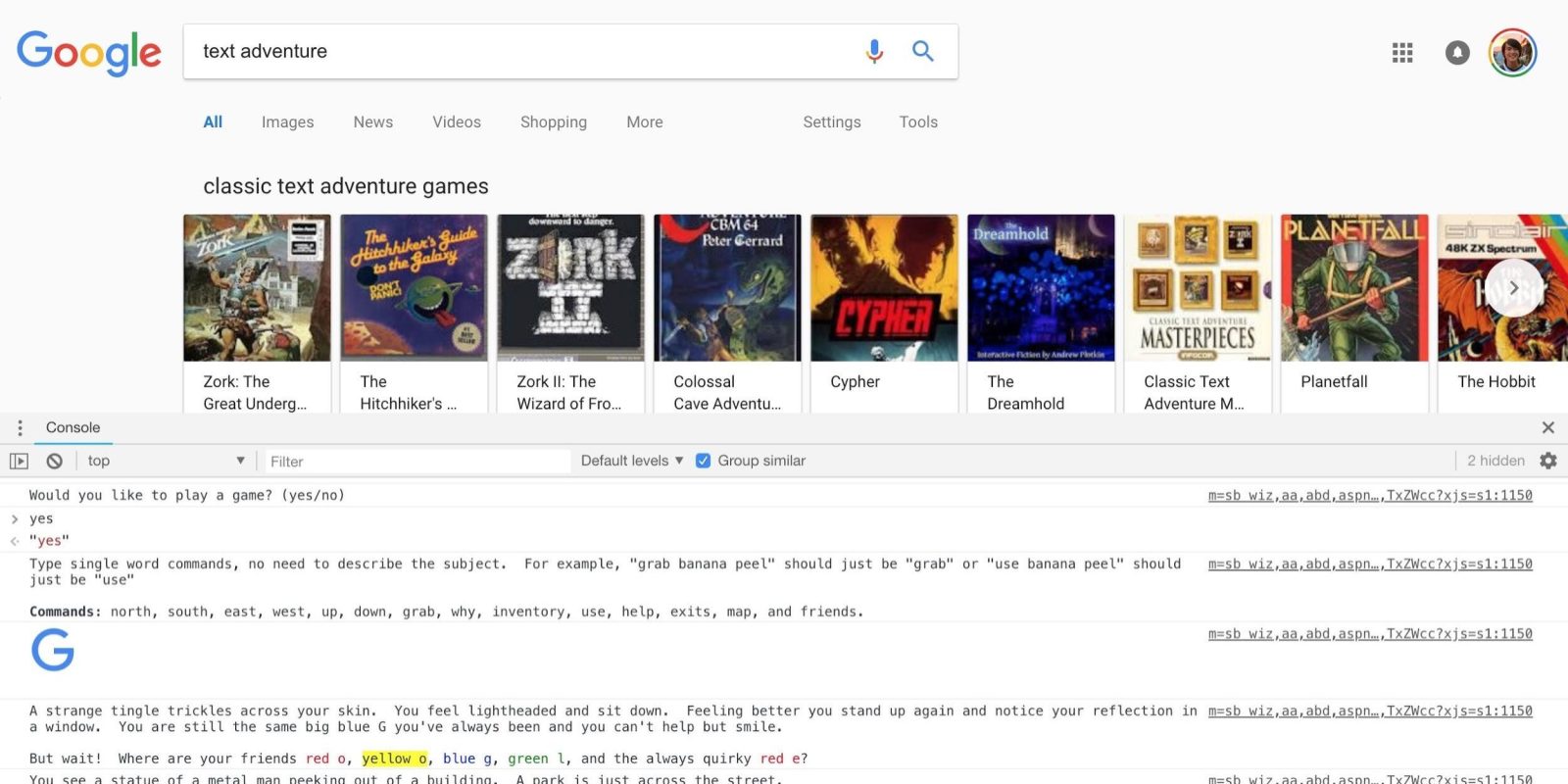 Google last week celebrated its 20th anniversary with a Doodle, Street View tour of its original garage HQ, and a love letter to Easter Eggs. The latter tribute comes as a new game has just been uncovered, yielding an elaborate text adventure.

Discovered by a Reddit user (via Rocket Paper Shotgun) two weeks ago, you first need to search “text adventure” on a desktop browser. Opening a developer console (right click anywhere on the page > Inspect in Chrome) will yield a “Would you like to play a game?” prompt.

If users agree to the ominous question by typing “yes,” instructions will load explaining how to play the text adventure. Namely, how typing single word commands will suffice, along with a list of available user commands.

Commands: north, south, east, west, up, down, grab, why, inventory, use, help, exits, map, and friends.

Players are tasked with finding the missing ‘e’ in Google’s logo by navigating through the Googleplex and visiting various landmarks in the process.

The game is rather straightforward and a callback to the early state of computer games in the 1970s. This Easter Egg is notable for having just been discovered no more than two weeks ago. It’s unclear when Google added it, with the fun game not even referenced in last week’s parody poem.

If you need help, check out this Reddit thread.