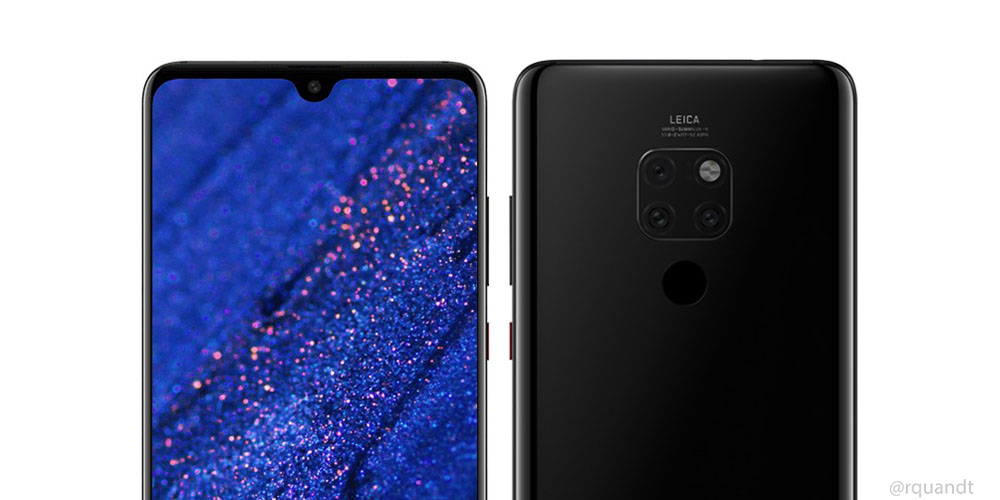 Among the other half-dozen smartphones launching in October, Huawei is set to debut its new Mate 20 lineup. Today, the first official-looking Huawei Mate 20 renders have leaked out.

While we’ve already seen the Huawei Mate 20 Pro in both leaked photos and renders, the “non-Pro” Mate 20 hasn’t surfaced much. Now, though, WinFuture is delivering a set of Huawei Mate 20 renders that reveal several details about the upcoming smartphone.

Apparently, the standard Mate 20 is going to have quite a few design differences in tow compared to the Mate 20 Pro. One of those includes the notched display. Not only are we looking at an LCD display on this device, but the notch has a smaller footprint which uses the “waterdrop” design we’ve been seeing in recent months. This is apparently because the Mate 20 lacks some of the facial recognition that the Mate 20 Pro offers. However, the bezels around the 6.43-inch display are still quite minimal.

The report further mentions the Kirin 980 processor, up to 8GB of RAM, up to 512GB of storage, and a 4,000 mAh battery. Despite the standard Mate 20 being less impressive than the Mate 20 Pro, it’s still shaping up to be a pretty solid phone. Regional availability is unknown at the moment, but the Mate 20 is expected to cost around 750 euros.