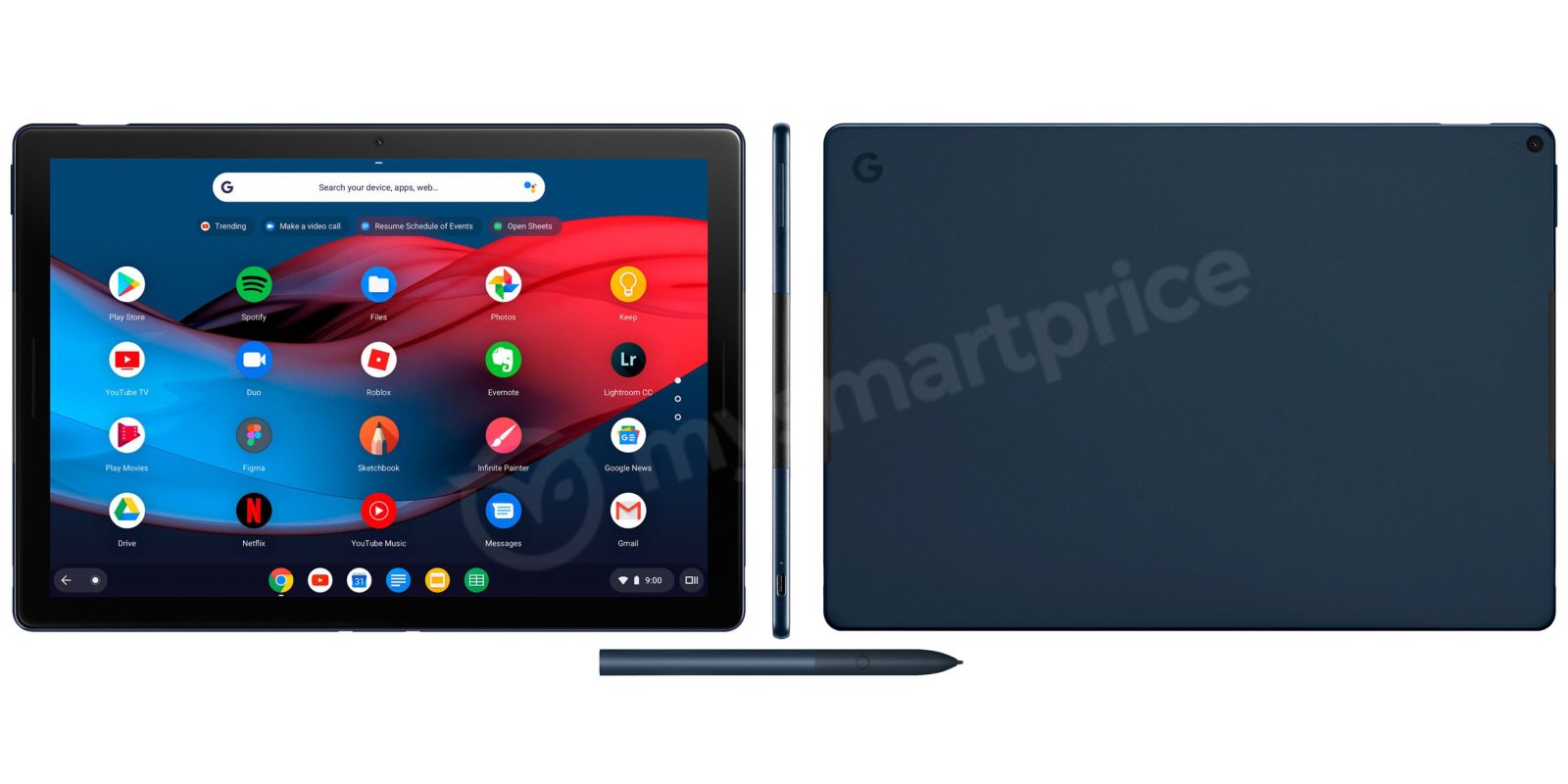 Ahead of Google’s October 9th event, we’re expecting to see a lot of new hardware from the company, and while we’ve seen everything there is to see about Google’s new smartphones, the Pixel Slate hasn’t leaked out much. Today, though, a fresh set of Pixel Slate images are giving us our best look yet at Google’s first Chrome OS tablet.

The Google Pixel Slate, or “Nocturne” as it was previously known, is set to be Google’s first tablet in quite some time. Running the Chrome OS platform, this device is expected to deliver specifications for all price points and hardware that works as a standalone tablet and a laptop. Thanks to MySmartPrice, we’ve got a way better look at what to expect.

A previous leak of the Pixel Slate showed off what the device looked like in “laptop mode,” but today’s leaked Pixel Slate images give us a better look at the tablet itself.

We can see the screen with its respectably sized bezels, the clear cutouts for the fingerprint sensor and volume buttons, and also the USB-C port along the side of the device. It appears to be quite thin and the pack also offers up some light Google branding. On the top left corner, there’s a subtle Google “G” logo.

These Pixel Slate images also give us another look at the refreshed Pixelbook Pen which will apparently come in a matching blue color. This same variant leaked out on the Google Store earlier today as well.

Further, we get a better look at the keyboard here. The keyboard has an Assistant key alongside the space bar and a “hamburger” button at the top right. We can also see that the keyboard will connect to the Google Pixel Slate with the use of pins. Interestingly, this isn’t the same keyboard we saw from Brydge last month. It does line up with a previously leaked video, though.

Google is set to debut the Pixel Slate alongside a ton of other new hardware at an event on October 9th. We’ll be providing hands-on coverage of everything next week, so stay tuned!