[Update: Pixel Slate name, renders] Everything we know about ‘Nocturne’, the first of a few potential ‘Pixelbook 2’ prototypes 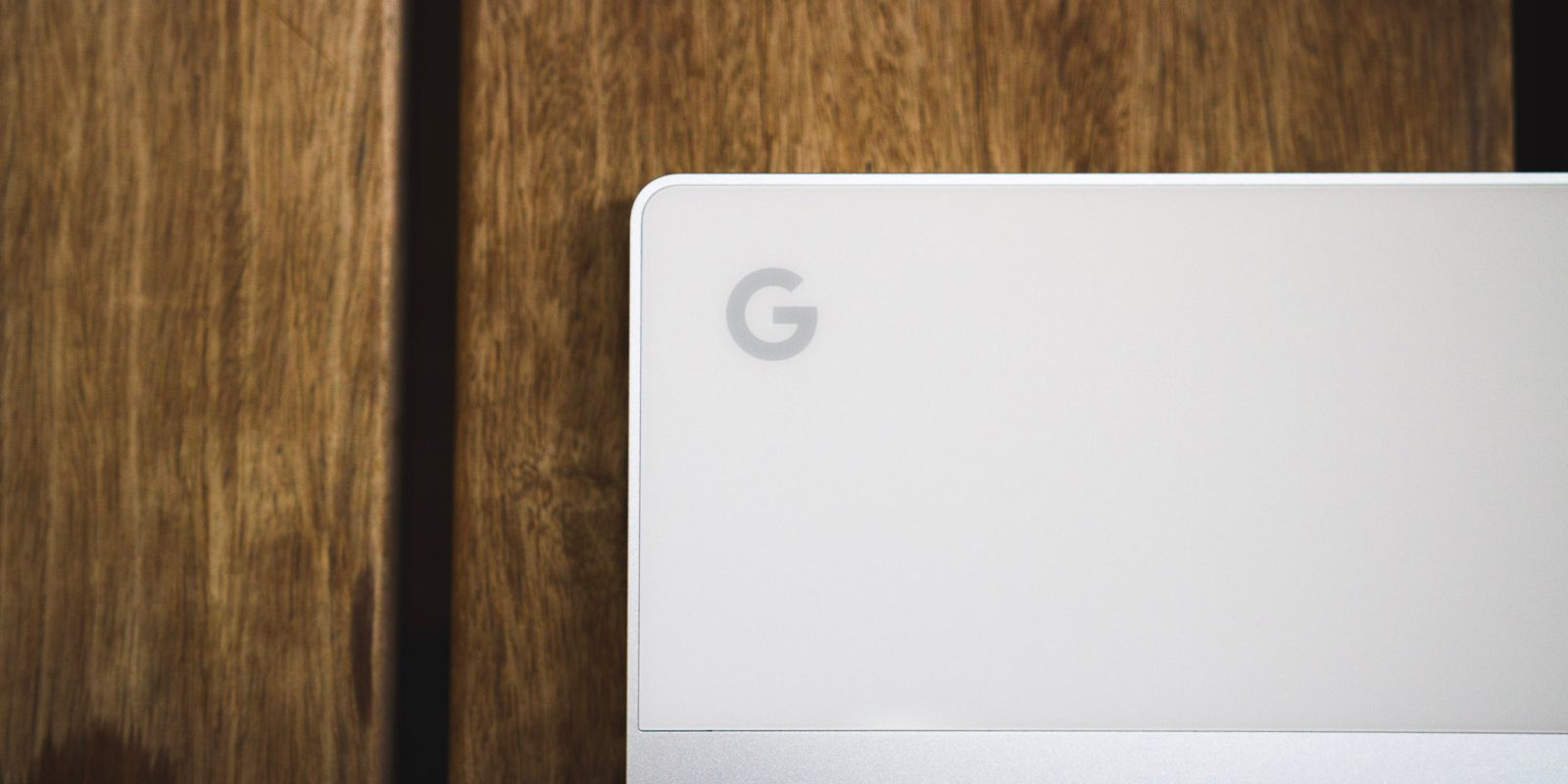 It’s been less than a year since the release of Google’s Pixelbook, yet all signs point to us seeing the next generation of the Pixelbook line later this year. If this is the case, we believe the most likely candidate to be a Made by Google device (of the many we’ve seen so far) is a Chromebook currently codenamed “Nocturne“. Here’s what we think we know about this upcoming device.

This is part one of a three (or more?) part series cataloging everything we know about upcoming Chromebooks that we believe could be the next Pixelbook (or, generally, an upcoming Made by Google tablet/convertible/laptop). It’s very possible that none (or all) of these devices could be part of the Pixel family, and we won’t truly know for sure until the Pixel hardware event next month.

Update 9/27: This post has been updated with new details about the screen resolution, keyboard, rumored official name, and third-party accessories.

Nocturne first appeared in the Chromium source code in April, and started in the “Poppy” line of Chromebooks — the same base that the HP Chromebook X2 and Samsung Chromebook Plus V2 are built upon. In the last five months, code has been added that reveals more information. Nocturne is not special in this regard, as the code for most Chromebooks develops in the open.

Let’s start with the basics. Nocturne is a detachable, like the HP Chromebook X2, meaning it will come free of its keyboard base to work as a tablet. Just like the Pixelbook, Nocturne will have two USB-C ports and no SD card slot, which comes as a surprise considering the X2 has a microSD card slot. To make up for the lack of microSD card support, Nocturne will instead have support for NVMe solid state drives, like the higher-end Pixelbook models. Nocturne was originally believed to have the same resolution as the Pixelbook, but has now been confirmed to have a screen resolution of 3000 x 2000, giving it a 3:2 aspect ratio.

There are also multiple variants of Nocturne in testing, as it has been spotted with two Intel processor generations, the powerful “Kaby Lake” family as found in the Pixelbook, and “Amber Lake” which is an “extremely-low power” variant of Kaby Lake, only offering dual-core processing.

We have no definitive proof yet that Nocturne will be Made by Google, but the circumstantial evidence has been adding up over time. The newest piece of evidence we’ve seen comes from a previously-unpublished animation provided to us by a source depicting what appears to be a tablet/detachable device with a fingerprint sensor in the top left corner.

This graphic could represent Nocturne, Meowth, or another device entirely. Or it could be generic. Regardless, it’s previously-unseen internal art showing the process of using the fingerprint sensor on one of these unreleased devices.

The style of the gif, as you can see, matches the artistic style Google has used for similar animations for its Pixel phones and other devices.

The hand you see in this gif pressing a fingerprint sensor around the bezel of the device lines up with code found last week that specifically stated that the fingerprint sensor would be “at the top left of your Chromebook.” (It also gave us a look at a different fingerprint-related graphic, an animated variant of which was also provided to us by a source.)

The animation also seems to show volume and power buttons on the underside of the device, however, which seems like it might not make sense. If there’s an attachable keyboard (see below), wouldn’t it cover those buttons? There’s simply a lot of pieces we haven’t put together yet.

But remember that we’re also talking about the same company whose designers put cheese in the wrong place on a burger and had foam float unnaturally above a beer. So I don’t know how much weight we can put behind the details of this graphic in the first place.

Fingerprint scanning is a bold new feature for Chrome OS and has been long awaited by users. And though this UI and infrastructural work has been done, fingerprint scanners are still notably lacking from all of the devices announced at IFA last week. It seems plausible to me that Google may want to launch the feature on first-party hardware and there is only hard evidence of two devices having the hardware to scan fingerprints: Nocturne and another in-development Chromebook codenamed “Meowth,” which we’ll tell you more about in a future article.

Fingerprint scanners aren’t the only commonality between the two devices. Meowth is also a detachable, and they can both use the same keyboard base, codenamed “Whiskers“. Code reveals that the Whiskers keyboard will be backlit and adjust its brightness automatically based on ambient light. The keyboard also uses the same top row layout as the Pixelbook, with an Assistant key and a control panel “hamburger” key.

The most interesting part of Whiskers is that it seems to be capable of folding to act as a stand to hold up the device while in tablet mode, and Chrome OS will know to disable the keyboard and touchpad while in this form. This sounds like a very clever spin on similar standing tablet designs from the Lenovo Yoga series and the Microsoft Surface.

We’ve also gotten a look, courtesy of Chrome Unboxed, at what may be Nocturne attached to a Whiskers keyboard. There’s not much to go on in this video, but the evidence points to it being Nocturne. Note the rounded black keys that are in sharp contrast to the sharp cornered white keys of the Pixelbook.

If Nocturne is indeed in the Pixelbook line, the fact that it shares Whiskers with Meowth could also point to Meowth also being a Pixel device. It goes both ways, too. We were actually told last year that Meowth was indeed a Made by Google hardware project, and given that Meowth and Nocturne share the Whiskers keyboards, it seems likely that they’d both be Google boards. We now believe that Meowth was canceled and replaced by Nocturne sometime earlier this year.

While we’re on the subject of keyboards, let’s take a minute to look at an interesting, likely related, side story. We discovered earlier this month that premium tablet keyboard maker Brydge was working on a model for a Chromebook. Since then, it’s been found that Brydge is actually making two keyboards. You can read our complete coverage of the Brydge leaks for more details, but for now lets focus on just one.

The keyboard we’re interested in, codenamed Wallaby, can be seen in renders with an attached device. 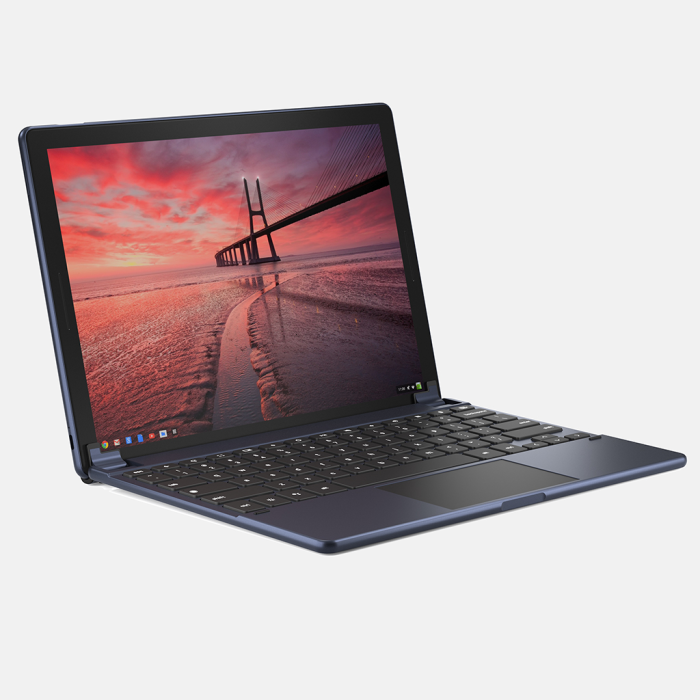 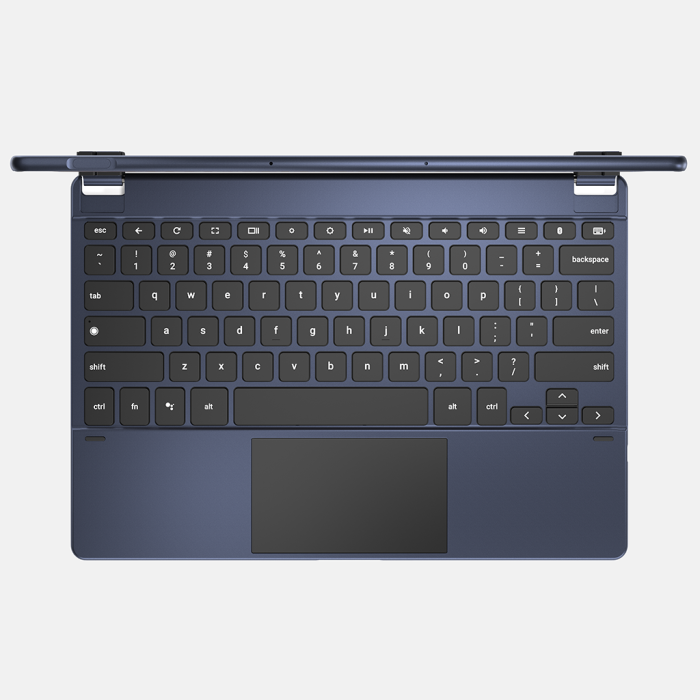 We believe the device shown in the render is supposed to be Nocturne. It’s not a true-to-life render, as can be seen by the lack of cameras on the device and the extremely dated screenshot used. However, notice the little notch (not that kind of notch) at the top-left of the device. Sound familiar? Inside the cutout, there is what appears to be a fingerprint sensor. This lines up perfectly with the text and graphics above.

To our knowledge, aside from Meowth (which we, again, believe to be dead) there is no other device that seems to offer fingerprint authentication. This all but confirms that the device pictured is Nocturne.

That being the case, take note of the gorgeous blue color of the Brydge keyboard. Brydge keyboards are known for matching the colors of the devices they’re designed for. I hope this means Nocturne will release in this deep blue color, as I think it looks incredible.

What’s in a name?

As we slowly grow more confident that Nocturne is a tablet/detachable in the Pixel line, we can look at rumored information we know about Google’s next tablet and see how it applies to Nocturne. David Ruddock of Android Police has been told by a source that the tablet will be called the Google Pixel Slate.

Google Pixel Slate is the name of Google's first Chrome OS tablet. This name has been offered up so many times as a possibility I don't even think it's worthy of a story, but this is from a source I trust.

This makes perfect sense, as a good-looking device deserves an equally sexy name. Judging from the name, it’s likely the Pixel Slate will be marketed as a tablet, not as a detachable. This may mean that the Whiskers keyboard is sold separately.

Another clue that Nocturne might be Made by Google is in the cameras. There’s been signs recently of Pixelbook users being able to use the Google Camera app from Android, instead of the native Chrome OS camera app. Google Camera, currently a Pixel-exclusive, is also being tested on Nocturne, including special support for taking portrait mode photos.

As for the cameras themselves, like the Samsung Chromebook Plus V2, Nocturne will have both front and rear facing cameras. On the front is the Sony IMX319, also used by the Asus ZenFone 4, and bringing up the rear is the Sony IMX355, which may be the successor to the IMX350 sensor found in the OnePlus 5 and Huawei P10.

While there’s still no smoking gun to say “this is the Pixel Slate” or that there will for sure even be a new Chromebook in the Pixel line this year, I’m reasonably convinced that Nocturne is our best bet to be the next Made by Google Chromebook. However, even if it isn’t, Nocturne’s portability and fingerprint security capabilities will absolutely set the tone for the next generation of Chromebooks, and I look forward to getting my hands on one.

But if a traditional notebook computer is more your style, check out our coverage of the ultra premium Chromebook codenamed ‘Atlas‘.

More about the next Pixelbook: