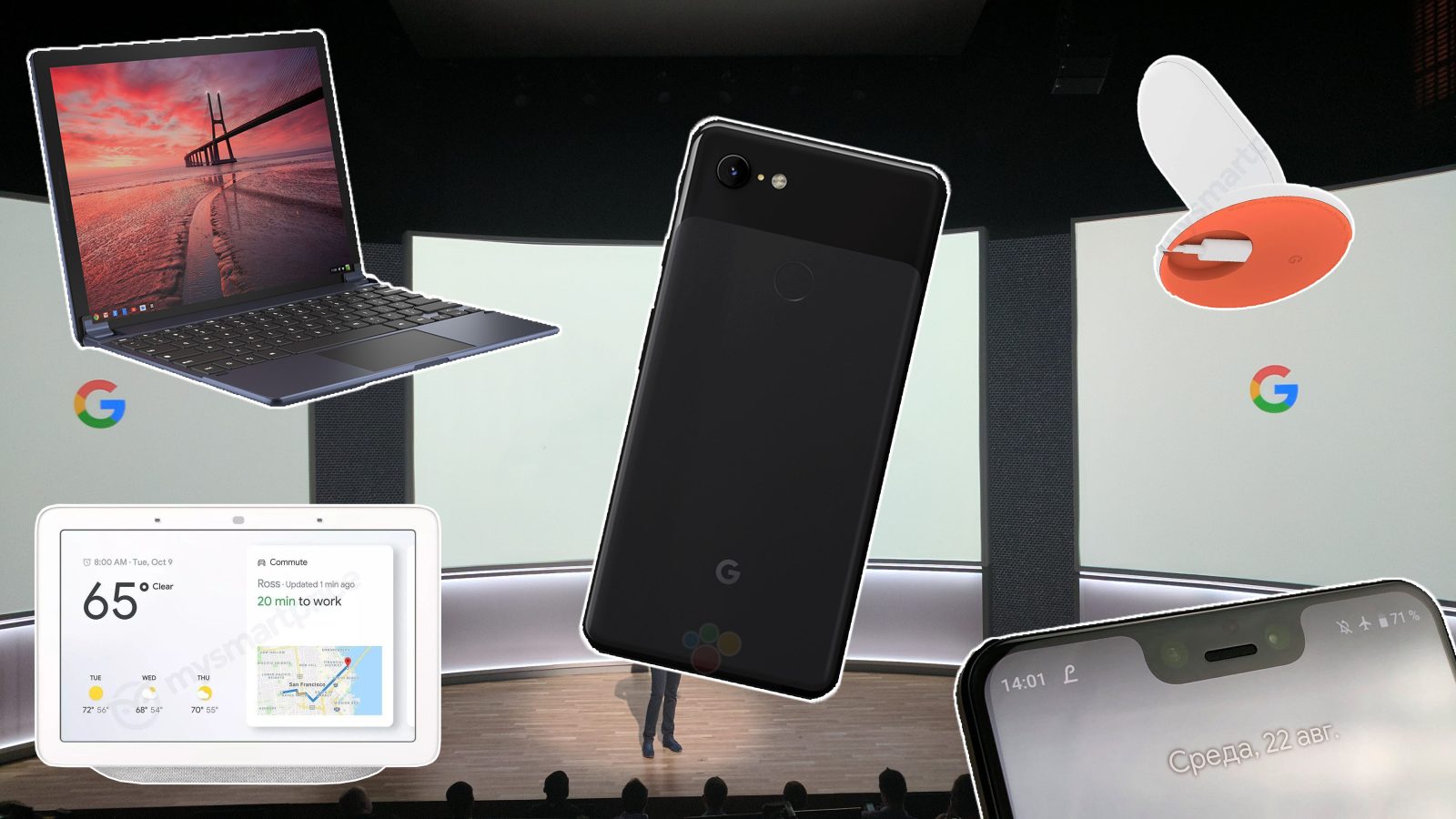 Google’s planning to introduce the much-awaited and much-leaked Google Pixel 3 and Pixel 3 XL at the event on 10/9. The device’s are the exact ones that we’ve seen in countless photos over the last several months, so there aren’t many surprises here. There’s flagship specs (that are identical on both devices), a larger display with a notch on the larger phone, many returning features from previous years, and more. We also expect that the Pixel 3 and 3 XL will be the first Pixel phones to launch in a new “Sand” pink color, alongside the usual black and white options. Google’s also planning to launch a Pixel Stand accessory of sorts that lets you dock and wirelessly charge your Pixel 3.

Google Home Hub is the latest addition to the Google Home lineup, and the first Smart Display from Google proper. Google announced the Smart Displays platform at CES 2018, and now they’re entering the fray themselves with an affordable option that looks a lot like the Google Homes that are already on the market — but with a display. You’ll be able to do with it pretty much everything you can do with the existing Smart Display devices. That is, except video calls, since this device seemingly doesn’t have a front-facing camera based on the leaks. It’s expected to cost $149.

Not only is Google planning new phones and Google Homes — they’re also planning to launch a new computing device or two. All the leaks have painted the picture for a Google Pixel Slate tablet that we know pretty much everything about already. It’ll come in many variants presumably at a variety of price points according to benchmarks, it’ll be the first Chrome OS device with a fingerprint sensor, and it will have attachable keyboards. The Pixelbook 2 is a little more of a mystery, though, but we’re confident that it’ll have a 4K display when and if it does launch.

Beyond these three tentpoles, Google probably has some more minor announcements up its sleeve for 10/9. We expect to see the much-leaked refreshed Chromecast that brings better WiFi and Bluetooth get a mention, and Google also has reportedly been developing a second generation of last year’s ill-fated Pixel Buds. Perhaps this year, Google will ditch the cord that connects them and go head to head with the AirPods. On other announcements, we’re not sure, but we expect that some software tidbits might have managed to keep from leaking so expect surprises there.

Read our comprehensive Made by Google 2018 roundup for more details.