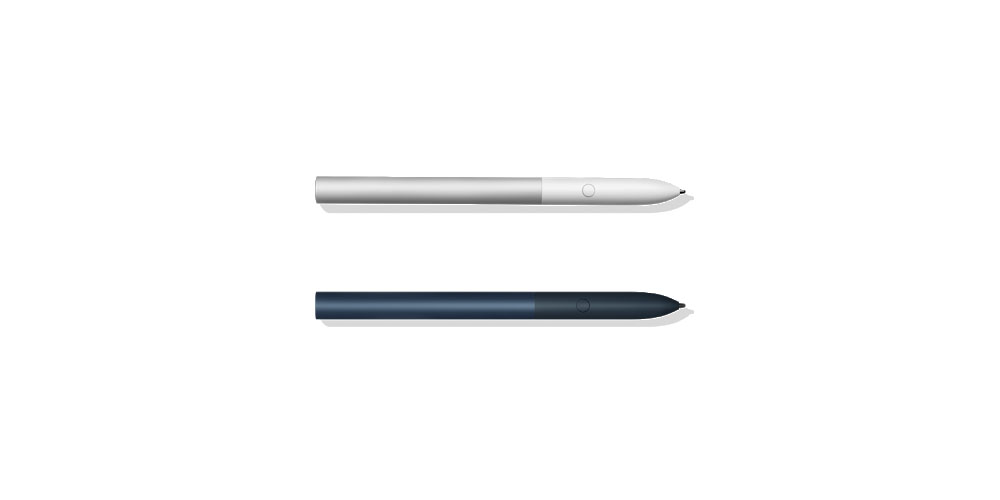 While the majority of leaks surrounding this year’s Pixel hardware have been surrounding the Pixel 3 and Pixel 3 XL, we’ve gotten a few tidbits here and there around new Chrome OS hardware. Now, we’re getting a first look at the Pixelbook Pen that Google might sell alongside the upcoming Google Pixel Slate.

Update: Just as we published this, more renders of the Pixel Slate leaked showing the device alongside its new dark blue Pixelbook Pen.

The Pixelbook Pen, if you’ll recall, first launched last year alongside the Pixelbook. The $99 add-on is a capable stylus, but is a bit of a tough sell with the Pixelbook’s hardware. With the upcoming Google Pixel Slate, though, that Pen might get a renewal. Today new images have shown off a refreshed version of the Pen which has been given a fresh paint job that happens to match the Pixel Slate.

Discovered on the UK Google Store (via ChromeUnboxed), there’s a picture of the Pixelbook Pen in a dark blue color. You have to do a bit of digging to find the image, but at the time of writing, it’s still live on the Google Store, showing off the unreleased variant. There’s no product page showing off this new color just yet, but it matches previously-leaked images of the Google Pixel Slate as seen below.

It’s unclear right now if this new color variant also brings any refreshed hardware, but we’ll find out in just a couple of days. The Google Pixel Slate, Pixel 3 and Pixel 3 XL, Google Home Hub, and more are all set to be revealed on October 9th, and we’ll be bringing live coverage of the event. Stay tuned!