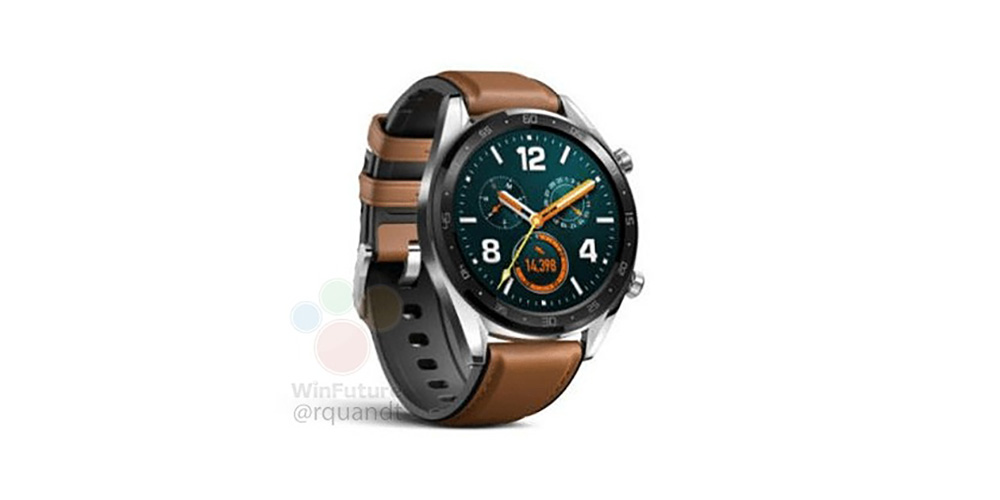 Huawei has been fairly quiet when it comes to smartwatches, but the company’s CEO made it very clear that it isn’t done in the wearable space. Now, the Huawei Watch GT has leaked in a new image along with some details of the wearable.

According to WinFuture, this is our first look at the Huawei Watch GT “Classic” or “Fashion.” Apparently, a second variant of the watch is set to arrive as the Huawei Watch GT Sport, differentiated by different colors used on the bezel and the color of the band. The watch clearly takes some elements from the Huawei Watch 2’s design, but it’s a slightly more refined look.

As for features and sensors, things are still a little bit up in the air. It’s unclear if there’s a heart-rate monitor, but GPS and NFC are apparently confirmed. The Huawei Watch GT also apparently has a “swimproof” water resistance rating. Interestingly, the watch is also using a large 420mAh battery.

Apparently, this new watch is going to offer some new power-saving modes that deliver up to 14-days of battery life on a single change. Currently, it’s unclear how Huawei plans to do that, but one possibility is with the help of a new chipset. The Qualcomm Snapdragon Wear 3100 chipset which was just launched seems like an obvious choice, but it’s possible that other chipsets could be employed.

Update 10/8: According to a new report from WinFuture, Huawei isn’t using Wear OS on this smartwatch. Alongside a higher resolution look at the Huawei Watch GT Sport, it’s been confirmed Google’s platform won’t be in use. It’s unclear exactly what Huawei plans to use on this new wearable, but the watch is powered by an ARM-Cortex M4 chipset rather than anything from Qualcomm. 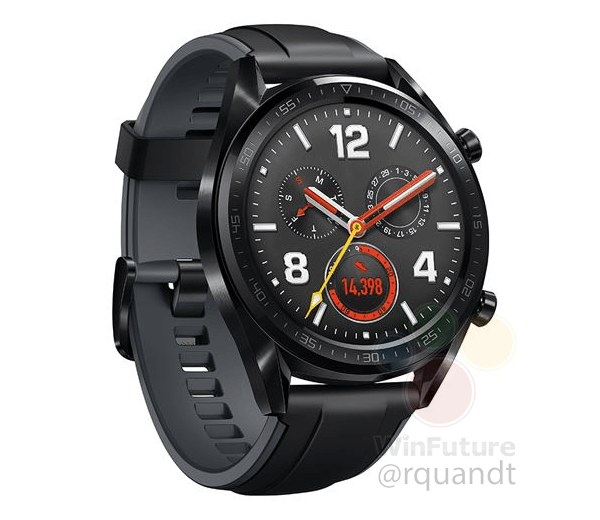 The report further mentions that the Huawei Watch GT will launch alongside the Huawei Mate 20 family later this month. Pricing will apparently fall around 199-229 euros depending on model.