Review: Huawei Watch 2 loses the charm of its predecessor [Video] 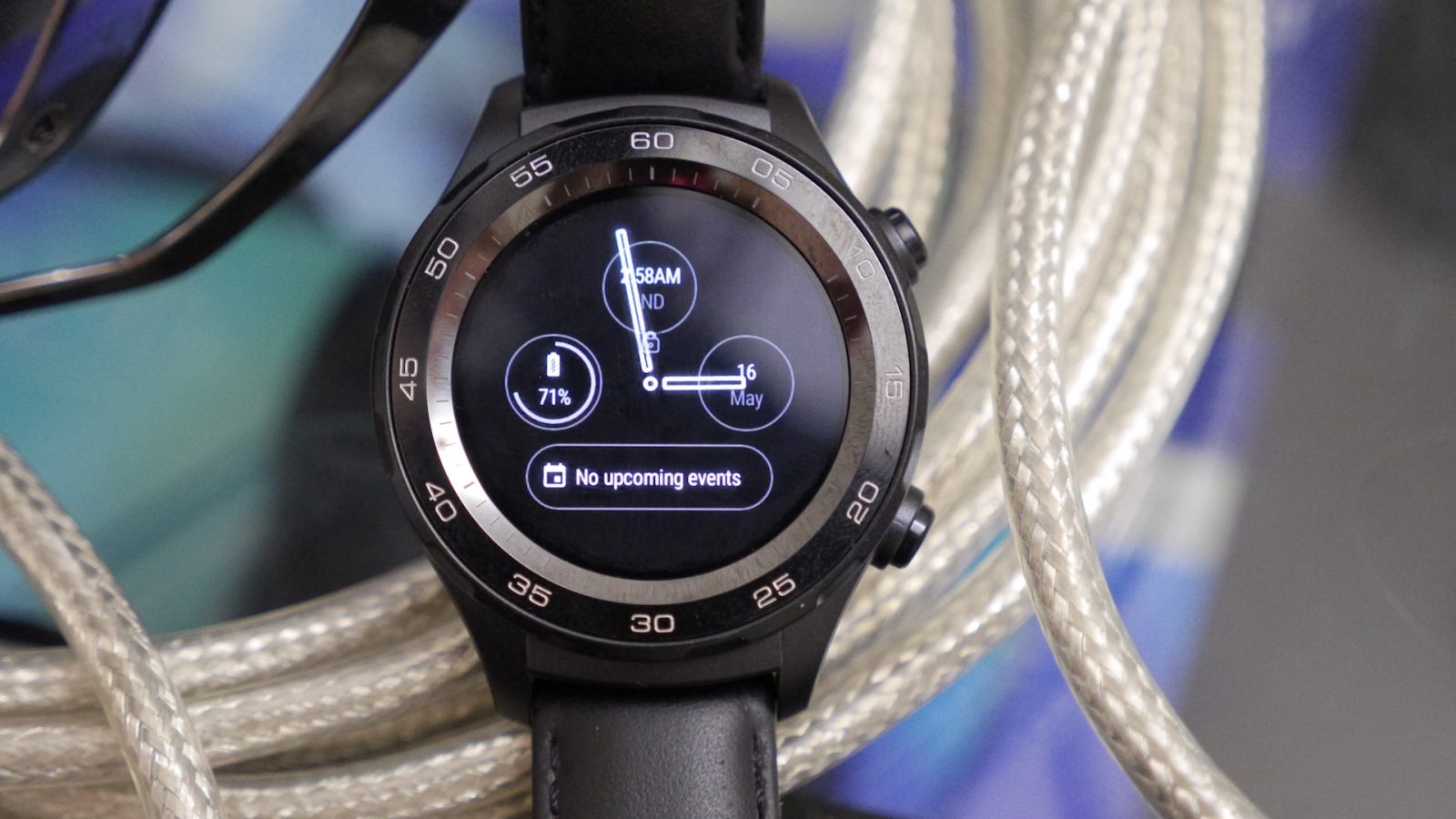 The original Huawei Watch was a hugely popular Android Wear smartwatch, largely thanks to its elegant design that worked well with anything from casual to formal wear. It was one of the first smartwatches to feature a circular display without a “flat tire” underneath (a la Moto 360), and the fairly high screen-to-bezel ratio made for a relatively small watch.

Two years later, the Huawei Watch 2 abandons nearly every design trait of its predecessor and instead offers a more rugged, sporty look. The shifted design paradigm has been polarizing among potential buyers, but there’s more to a good smartwatch than a pretty design.

The new sporty design of the Huawei Watch 2 consists of a metal frame and ceramic bezel around its display. It feels well-built — though not quite as premium as the original Huawei Watch. This is exemplified by the cheap rubber 20mm watch band replacing Huawei’s previous leather offering.

Sadly, despite Android Wear 2.0 offering support for rotating hardware like bezels and crowns, the notched bezel on the Watch 2 is completely stationary. To the side of the bezel are two buttons that give a reassuring click when pressed; the top button acts as the home button to navigate through Android Wear, while the bottom button can be assigned as a shortcut to any app on the watch. 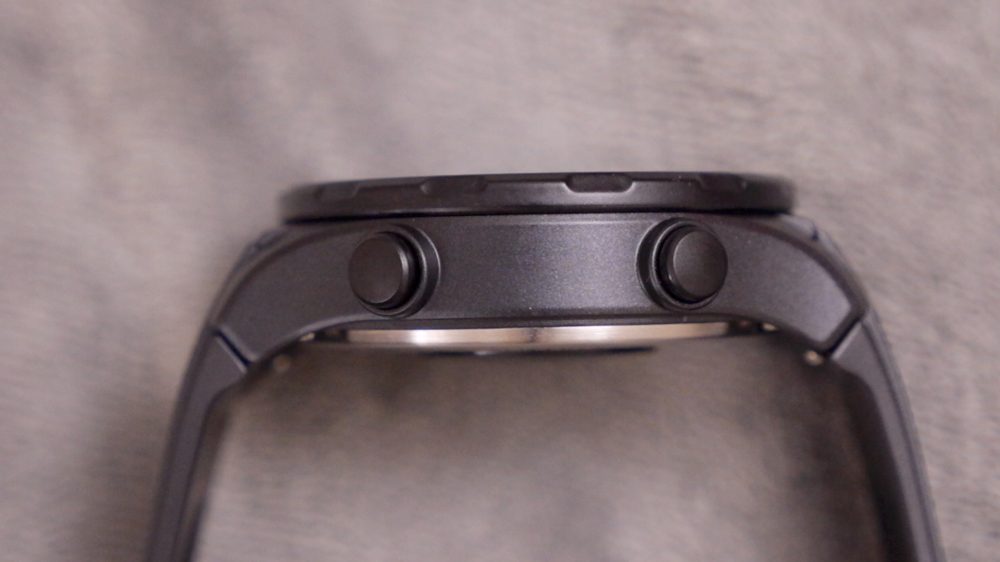 The Huawei Watch 2 is IP68 water- and dust-resistant, meaning it can withstand 30 minutes in up to 1.5 meters of water. Inside its 12.6mm chassis are components for WiFi, Bluetooth, GPS, and NFC (Huawei offers a cellular model that also includes LTE). There’s also a 1.1 GHz quad-core Snapdragon Wear 2100, 4 GB internal storage, and 768 MB RAM.

The 1.2” display, while smaller than that of the original Huawei Watch, is a bright and vivid AMOLED panel with great viewing angles. It’s not the sharpest display, coming in at 390 x 390, but its outdoor visibility more than makes up for it. 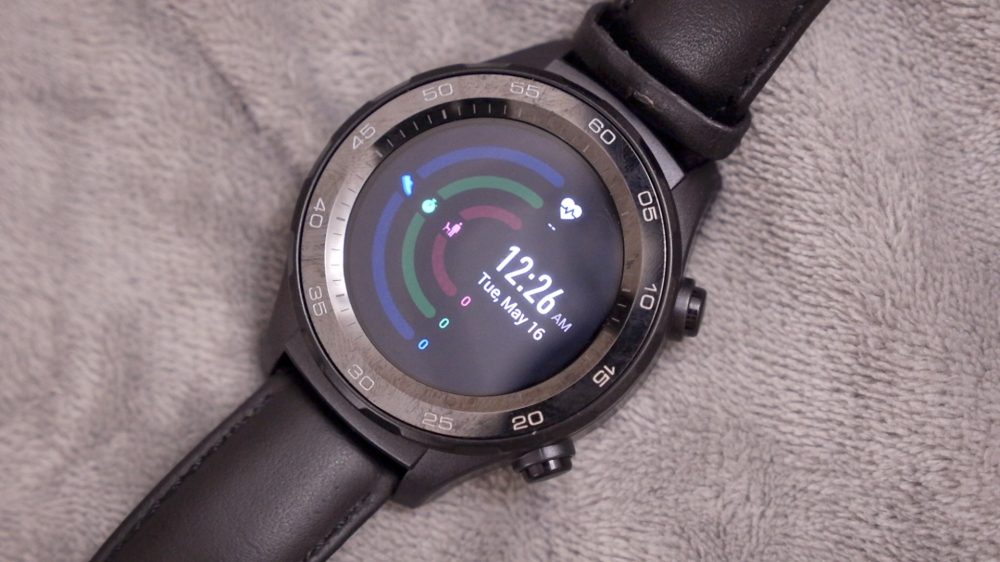 Though Android Wear 2.0 is now available to download for the original Huawei Watch, the Watch 2 is the first device from Huawei to ship with it out of the box. It runs reasonably well when flicking through notifications and the app list, though performance starts to drop when you venture away from the homescreen.

Most apps are met with a three-to-five second wait (some even longer) when first launching, even when pressing the customizable shortcut button, leading to a more sluggish experience than we’ve had on other Android Wear 2.0 devices with similar specs.

It’s not all bad though; Huawei has included quite a few apps and tweaks to offer a somewhat unique experience on the Watch 2. By default, the shortcut button is set to Huawei’s Workout app, which uses the built-in heart rate monitor to track a number of exercises, from walking to running and cycling. 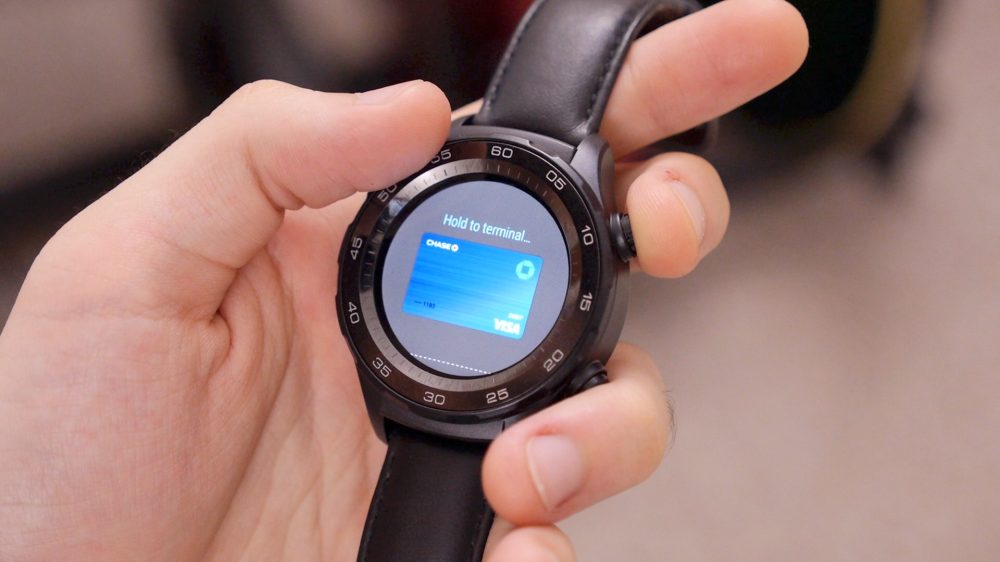 There are also several custom watchfaces, including Huawei’s Activity watchface that resembles the Apple Watch’s activity tracker. You can adjust the dials, widgets, and color scheme on most of the watchfaces, though the majority of them feel like they would’ve been better suited to the styling of the original Huawei Watch.

If you plan to take advantage of the built-in NFC and use Android Pay, you’ll need to set up a lock screen on the Watch 2 to keep your card info safe. For convenience’s sake, the watch will only lock when it’s removed from your wrist, meaning you won’t have to fuss with a PIN or pattern every time you just want to check a notification. It works surprisingly well, though for the best results you’ll want to make sure the strap is tight enough to keep the heart rate monitor on your wrist.

The Huawei Watch 2 has great battery life — at least by Android Wear standards. It doesn’t quite match my tried-and-true Gear S2’s three-day battery life, but in my week of testing, I’ve been able to easily pull off two days with moderate to fairly heavy use thanks to the 420 mAh battery inside. 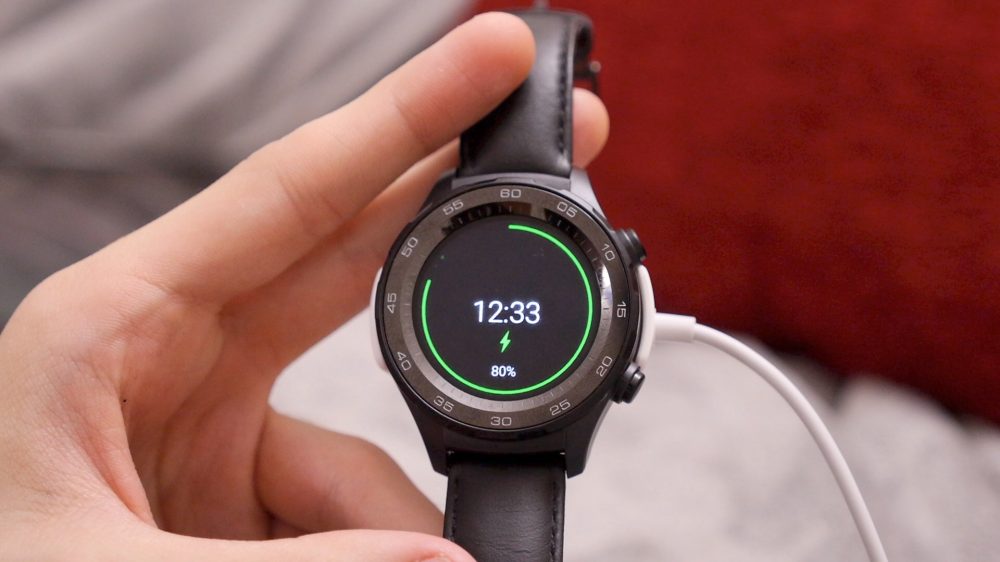 There’s a battery app on the Watch 2 that offers the options for smart power saving and even a watch-only mode that disables all “smart” functions and just displays the time. Using the latter option, Huawei claims you’ll be able to squeeze a whopping 18 days out of the Watch 2.

The charging cradle for the Watch 2 isn’t as svelte as the pucks that charge watches like the Apple Watch, and it’s cheaply built out of flimsy plastic, but the magnetic connection does a great job holding the watch down — much more than I can say about the Fossil Q I reviewed last week.

Ultimately, the Watch 2 feels like a half-effort from Huawei. Its internals certainly depict a more modern device than the original model, but its step back in design and sluggish performance leave a lot to be desired, especially when taking its $300 price tag into consideration. For $50 less, the LG Watch Style has a smaller chassis, better performance, and a rotating crown.

If the design is the only thing holding you back from picking up a Watch 2, Huawei offers a Classic edition with a slightly nicer design and a leather strap, but that just adds even more cost to an already overpriced product. Frankly, you’re probably better off skipping the Huawei Watch 2 — or at least waiting for a good sale.