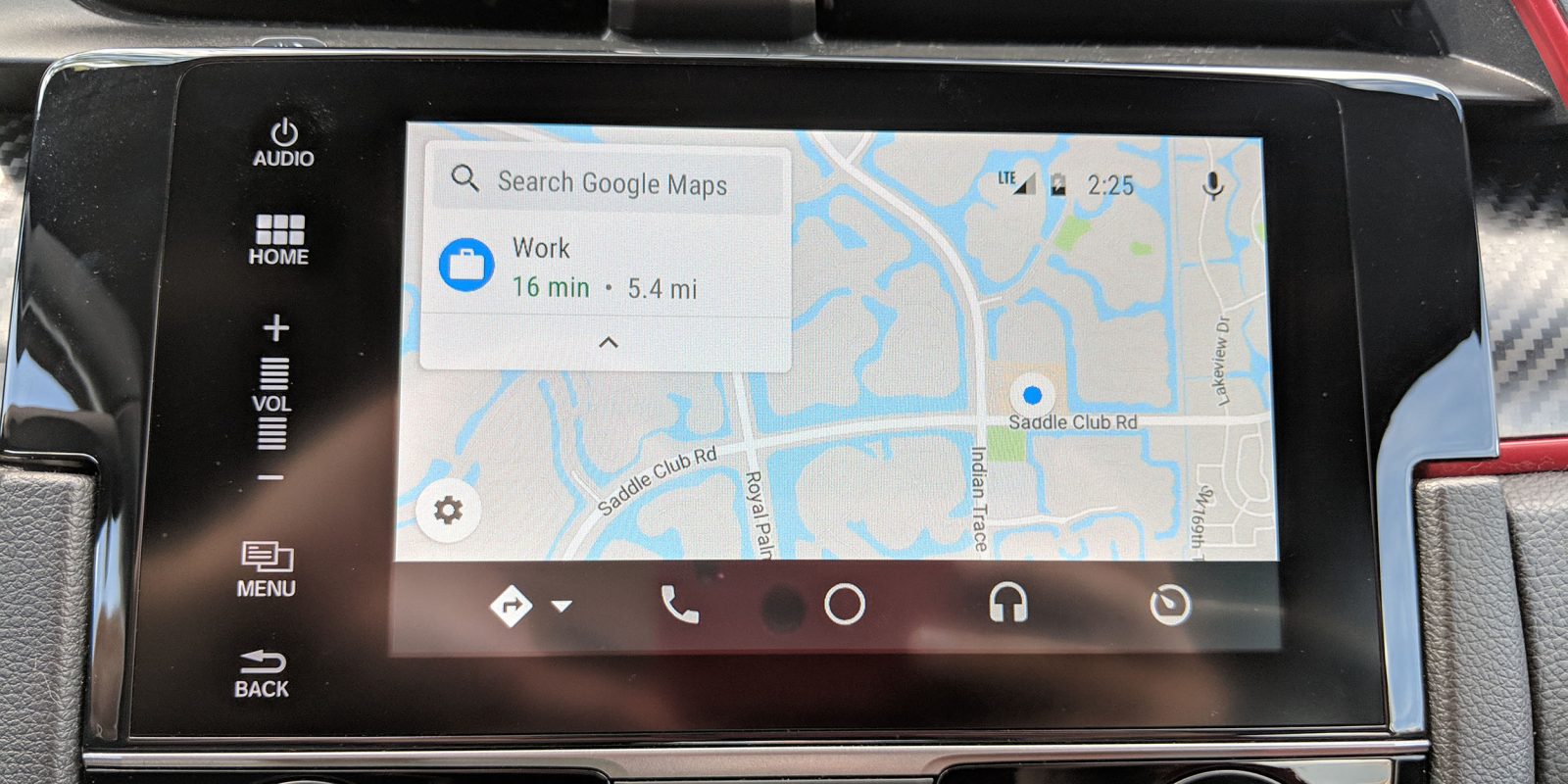 Google Maps has been getting a lot of big updates on its Android app in recent weeks, but the Android Auto counterpart has pretty much looked and functioned the same for quite some time. Now, it appears a new update is rolling out for Google Maps on Android Auto to more users which gives the UI a refresh.

Spotted first by a Google+ user (yes, they’re still around), Google Maps on Android Auto is rolling out a new update which redesigns the interface in some key ways. Android Police has further detailed the changes, which first start by cleaning up the default navigation UI.

Instead of packing in Maps branding and a gradient, the new UI has a cleaner look which puts the search bar in easy reach and keeps your connection info off to the side. There’s also a quick button towards the bottom for settings and map controls off to the right side.

Digging into the settings, the search and layout screens have been changed significantly as well. The new list of recent places shows more options and there are new sections in the search interface as well. You’ll find Categories which houses search for gas stations, grocery stores, and more, as well as a “Personal” tab which has options for places you’ve saved, starred, labeled, and more.

The navigation UI is mostly the same, but the options are laid out a bit more logically and there’s also a settings menu directly in that interface.

Throughout Google Maps on Android Auto, though, this update delivers a lot more Material aspects to the design. I wouldn’t quite say it’s Material Theme, but it’s cleaner and more up to date with Google’s recent designs.

So far, this doesn’t seem to be rolling out too widely, although it’s apparently been hitting some users for as long as a week. Personally, I’ve not noted it using Android Auto with my Pixel 2 XL and Subaru Impreza. Your results may vary.