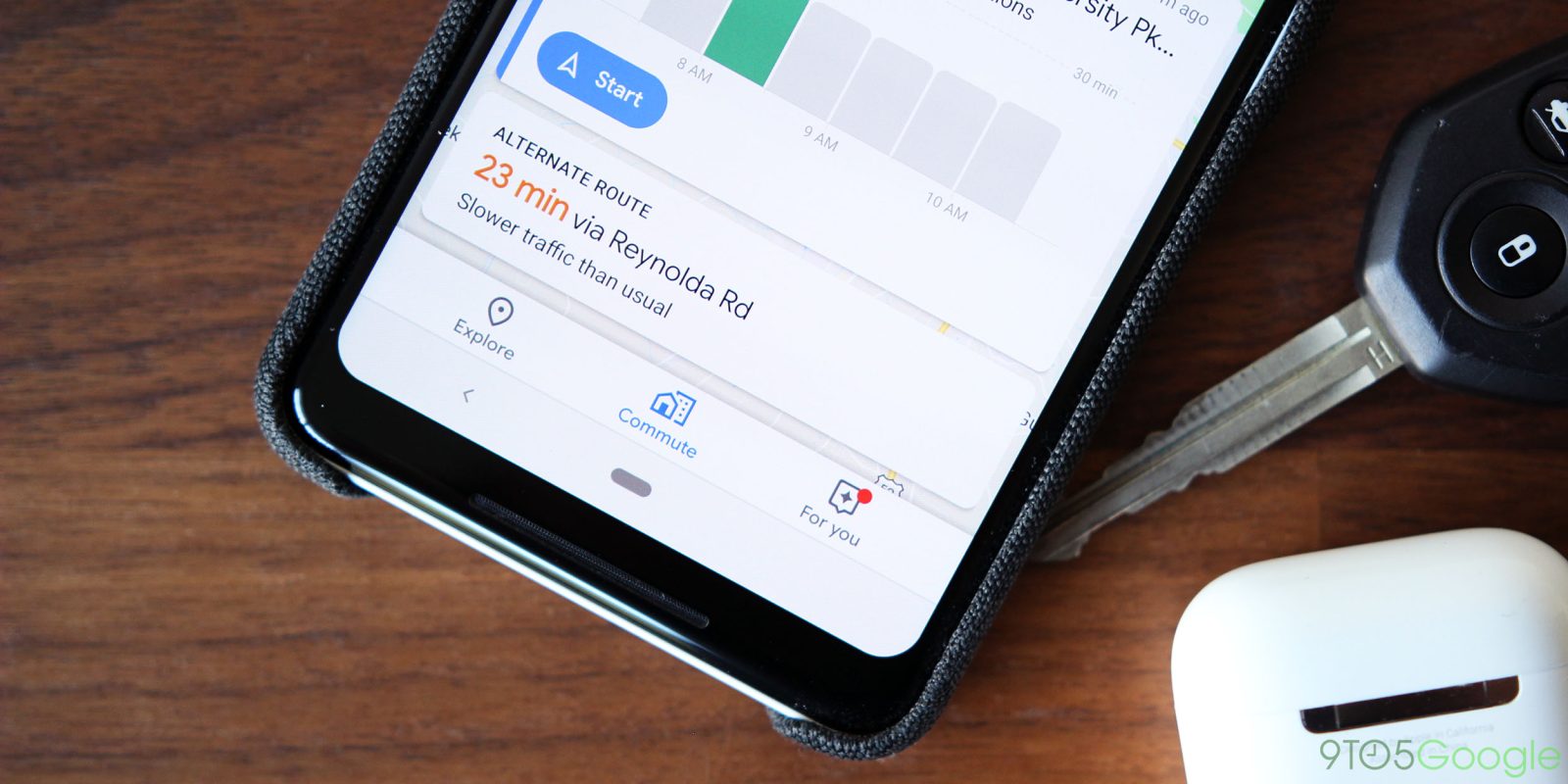 Earlier this week Google announced that one of its most popular services, Google Maps, was going to get some big new features. Today, those features are starting to roll out to users. The Google Maps Commute tab and native music integration are starting to go live.

As we detailed previously, the new Google Maps Commute tab brings some welcome changes to how the app handles your daily trip to work. The tab makes it incredibly simple to get real-time information on your commute regardless of if you’re driving, using public transit, or a mix of the two. The tab accounts for delays, accidents, and even sends notifications to let you know if you’re running short on time.

For daily commuters, this is certainly a very handy tool to have at the ready. So far, we’re seeing the Google Maps Commute tab going live for a couple of users within the 9to5 team, including an iPhone user as well. Android Police also mentions receiving a couple of tips about the feature going live on user’s devices. The rollout does still seem a bit slow, but it’s clearly kicking off.

Notably, music controls are also going live on Google Maps. These controls won’t be available right off the bat, but actually have to be enabled manually through the app’s settings menu. To enable the feature, you’ll need to head into Google Maps’ navigation settings. From there, you can enable the music service of your choice. Obviously, you’ll need to be running the latest version of Google Maps on Android or iOS to get this to go live.

How to add Spotify, Apple Music, Google Play Music to Google Maps on Android and iOS