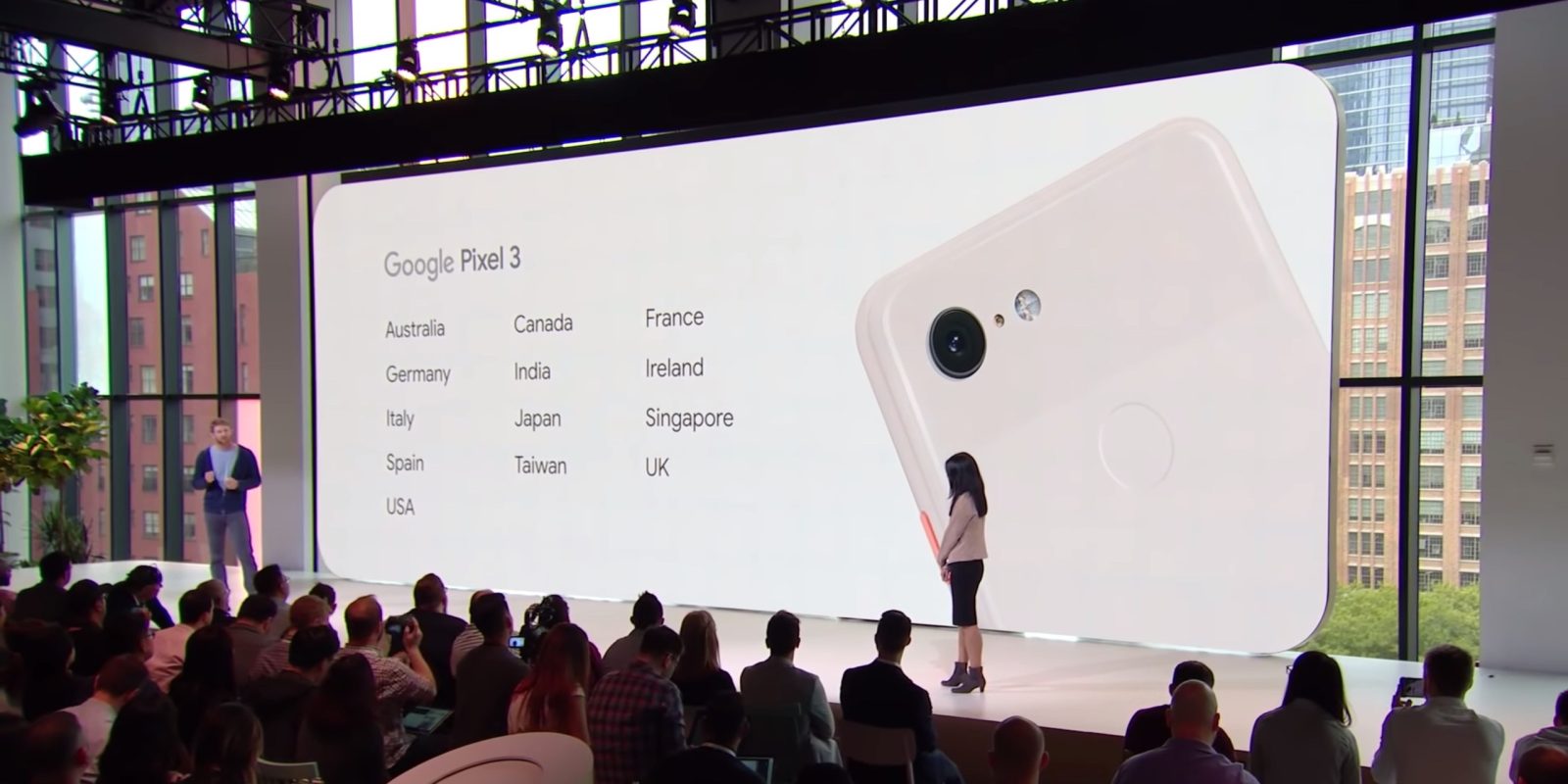 Made by Google just announced its 2018 lineup and only just began sales of those products recently. While the new hardware is not yet reflected in the Q3 earnings that Google reported today, analysts asked about the progress in consumer hardware, with Sundar Pichai summarizing that “everything is progressing well.”

The question focussed on what gating factors stop the Google Pixel lineup from being more successful. While well reviewed, the product has yet to achieve any similar dominance to Apple’s iPhone or the latest Samsung Galaxy.

Pichai answered the question by emphasizing that this is only Google’s third-generation of hardware. He notes how during the first two years Google was “struggling to meet the early demand.” In contrast, Pixel 3 stock seems to be readily available.

In talking about this year’s hardware, the CEO noted how 2018 is the first time the company built the phones end-to-end, in a near confirmation that Foxconn is manufacturing rather than HTC or LG in prior years. From that new starting point, Google is “ramping up.”

More broadly, Google is seeing good year-over-year progress with the Pixel line, with Pichai specifically citing sales and reviews. He does end on the gating factors, again naming production and manufacturing, as well as the go-to market strategy.

However, he ends the comment with a note saying Google is “making progress” in each of those dimensions. We should see the first indicators of how successful the Pixel 3 and Pixel 3 XL are — alongside the Google Home Hub, Pixel Slate, and the rest of Google’s existing hardware — next quarter after the holiday shopping season.

Google does not break down its hardware division on financial reports, but rather includes it in “Other revenue” alongside the Play Store and Google Cloud enterprise efforts.