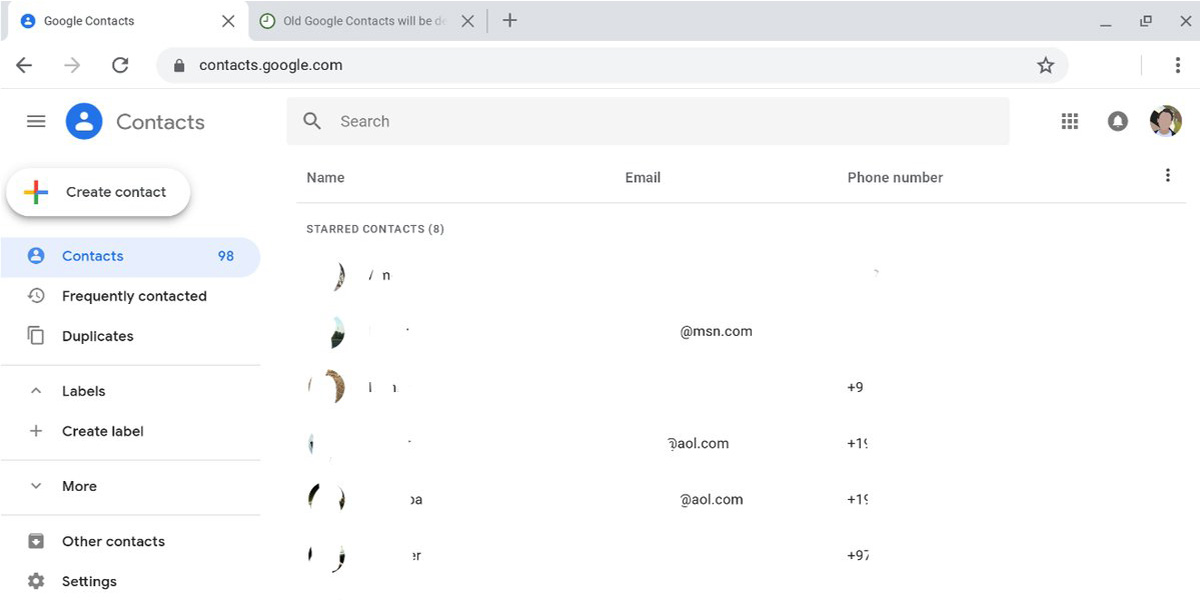 Google Contacts has been building out a new design for the past couple of years, and today the company announced that the old version of the interface would be deprecated in favor of the new one. At the same time, though, it looks like a Material Theme redesign is hitting Contacts, catching it up to Gmail and other Google apps.

Slowly but surely, Google’s Material Theme design has been making its way to services like Gmail and Google Drive on the web. Now, it appears to be extending to Google Contacts.

In what appears to be a limited rollout, a fresh redesign for Google Contacts seems to be heading out to some users. The revised design doesn’t seem to touch any of the functionality or features of Contacts on the web, but seems to be a purely cosmetic change overall.

The “Create Contact” button is no longer a floating action button, but rather moves over to the sidebar just like we see in Gmail. The design is also primarily white in design, removing most of the blue accent color from the interface. Diving further into the interface, functionality still seems untouched, but there are notes of Google’s new design language throughout.

It fits in well with Gmail, Google Drive, Calendar, and other Google apps with Material Theme, and it spills over from the Android app quite nicely as well.

Currently, it’s unclear when this new design will roll out to more users, but be sure to drop a comment below if you’re seeing it on your device.