Last year, we were told by a source that Google’s Project Fi MVNO would “soon” — joining many other Google apps and services — be rebranded as simply Google Fi. Now, thanks to a promotional card found in a Google Pixel retail box, we see what the new logo and branding looks like.

The card, as first discovered by one Redditor, shows the new Google Fi branding used 1-for-1 in place of “Project Fi”, but it’s otherwise identical to the old one. We also get our first glimpse at the new four-color Fi logo, which looks a lot like other recently-revamped Google logo art.

Project Fi, now Google Fi, is a mobile virtual network operator that has partnered with a handful of host carrier companies to offer cellular services around the globe, namely Sprint, T-Mobile, Three, and US Cellular.

Google has yet to announce the new name and logo for the service, but that’s probably imminent if these cards are already shipping in retail boxes for its phones. Alongside the announcement, you should expect a revamped website and Fi apps as well. 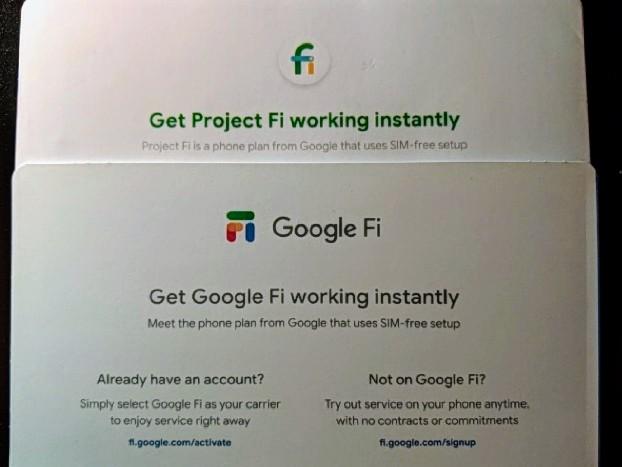 Tidbit: Project Fi will soon no longer be a “Project”.