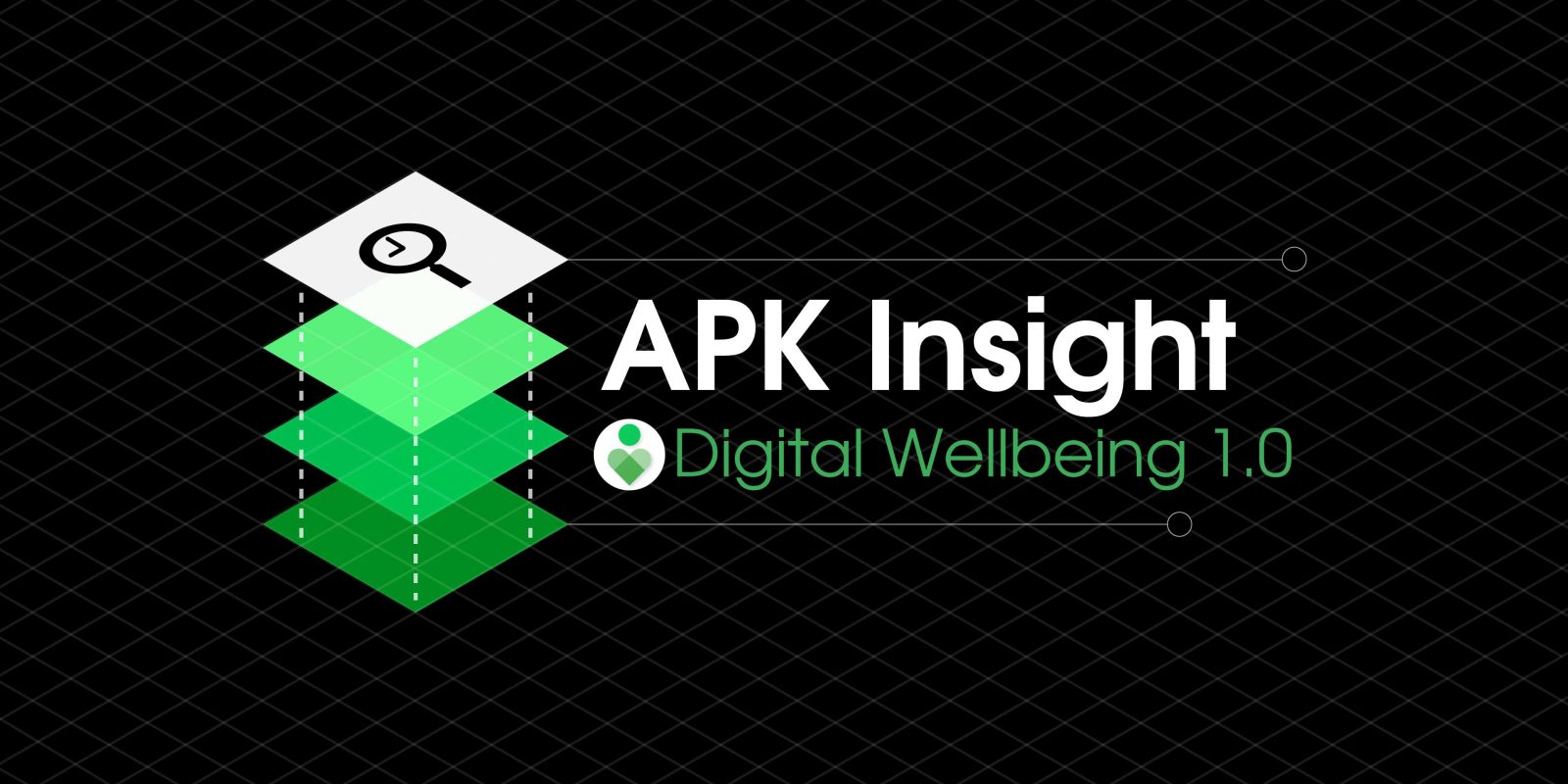 Announced at I/O 2018 for Android, Digital Wellbeing is an important pillar for Google moving forward. Now an industry-wide trend, it was discussed at the 10/9 Made by Google event and is now also available on Google Home and YouTube. These features for monitoring and limiting app usage exist in beta with Digital Wellbeing 1.0, though Google has not yet announced or opened up public availability.

With the launch of Android 9 Pie for the Pixel and Pixel 2 in August, Google released a beta version of Digital Wellbeing. Users can see how often they use certain apps with Screen time, while the number of notifications they receive and how often a phone is unlocked throughout the day are also measured. Meanwhile, with app timers, you can restrict usage of apps to a specified amount of time each day.

With Wind Down, Google wants to help users stop using their devices before bed. It is essentially Do Not Disturb to limit notifications with the added ability of Grayscaling your screen. On the Pixel 3 and Pixel 3 XL, users can automatically flip their phone so the screen is laying flat to automatically enable DND.

As we noted in our hands on, Digital Wellbeing brings together many of Android’s existing features into one simple dashboard. The ability to see historical usage will be informative for some users, while features like App Timers help enforce self-restraint.

Noting a fall launch at the time, Digital Wellbeing 1.0 brings Android’s time management features out of beta. Over the past few months, Google tweaked functionality and added a launcher icon for quick access. Existing users will notice that the beta label in the top-right corner has been removed throughout the dashboard.

However, the Play Store listing has yet to be updated to note the status change, with “Beta Preview for Pixel and Android One devices running Android 9.0″ still cited as a requirement for installing. We were not able to install Digital Wellbeing from Google Play on an Essential Phone running Pie. Additionally, version 1.0 is only available in the beta channel. Google is likely getting ready for a wider launch.

Various strings have been updated in the jump from version .2 to 1.0, with a focus on clearing up user-facing prompts.

<string name=”wind_down_onboard_dnd_access_description”>”To prevent interruptions while you sleep, open your phone’s settings below, then turn on the switch next to Digital Wellbeing”</string>

<string name=”wind_down_dnd_access_dialog_body”>”To prevent interruptions while you sleep, open your phone’s settings below, then turn on the switch next to Digital Wellbeing”</string>

Digital Wellbeing 1.0 clearly states that Wind Down will end at either your set time or any earlier alarm.

One string notes that the Unlock count will not be available if your phone does not have a screen lock set.

Digital Wellbeing 1.0 is rolling out now via the Play Store. We do not post APKs to download directly given the legal challenges associated with copyright and possibility of removal. Meanwhile, that model is perilous given Android App Bundles and Google Play’s Dynamic Delivery.