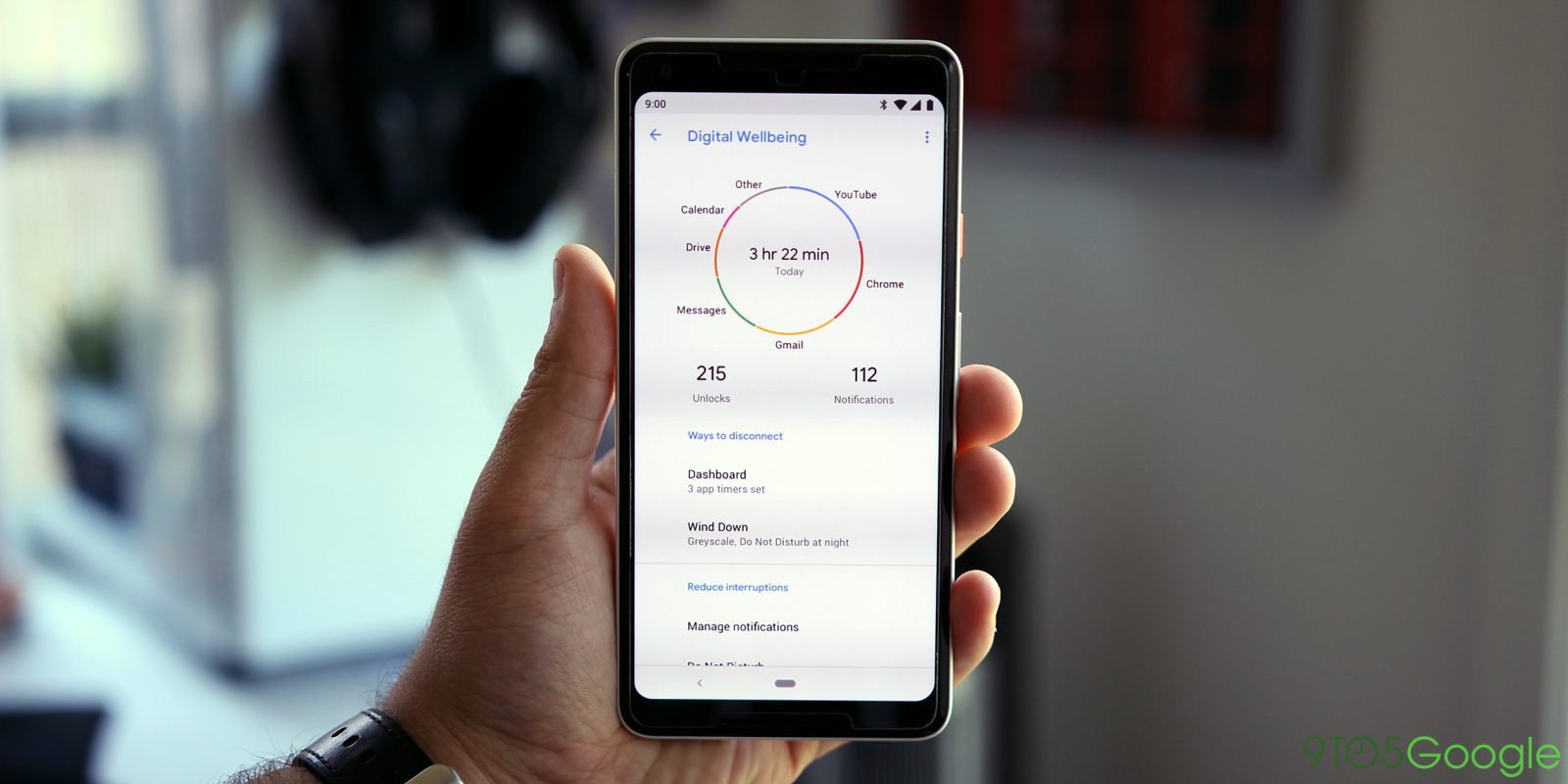 Alongside Intelligence and Simplicity, Google announced Digital Wellbeing as a third tentpole for Android Pie at I/O 2018. These features that help manage device usage won’t launch until this fall, but Google is opening up a beta for the Pixel and Pixel 2 starting today.

The move towards creating a better relationship with technology is an industry-wide trend this year, with Google noting that over 70% of people it surveyed wanted more help balancing their “digital wellbeing.” YouTube was the first to launch these features, followed by Google Calendar, and Android Pie is following this fall.

Available in the Settings app, the new Digital Wellbeing section notes how long you’ve been using your phone everyday. A circular graph breaks down usage by app, while stats for the number of device unlocks and received notifications are available underneath.

This hub notes “Ways to disconnect,” with the Dashboard view providing a more granular daily chart and list of time spent in every app. Next to each item is the ability to quickly set an App Timer. Back on the main page, you can set up Wind Down and determine whether it also enables grayscale and Do Not Disturb at night. There is also a section to “Reduce interruptions” by managing notifications. 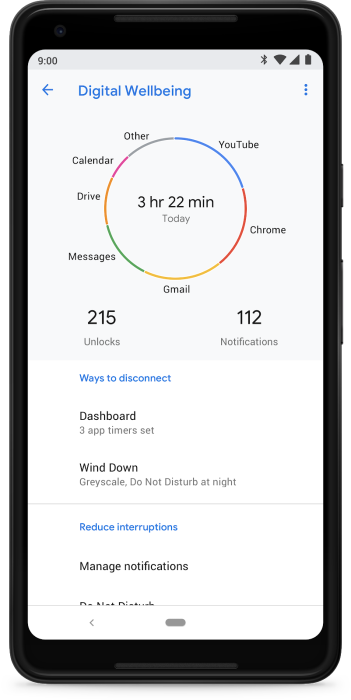 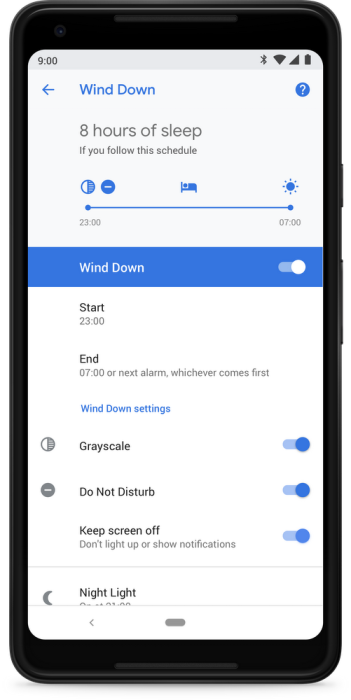 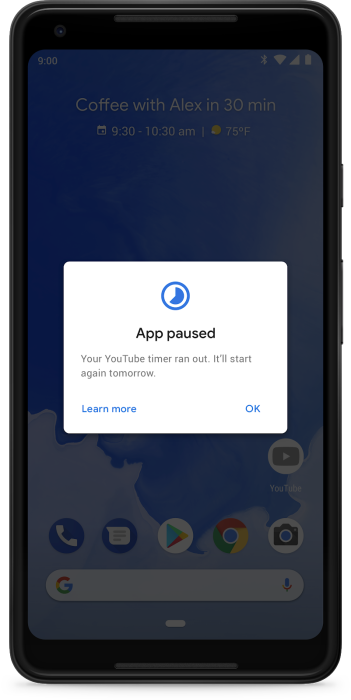 The App Timer allows users to impose limits on daily application usage with Android “nudging” them via alerts when they’re close to meeting the restriction. Once hit, that app icon will be grayed out for the rest of the day.

This feature gets you ready for bed by turning on Night Light — which tints your screen amber — and enabling Do Not Disturb. Google at I/O even touted Assistant integration so users can tell their phones what time they want to “wind down” by, with Android Pie able to fade the device’s screen into grayscale to encourage them to put down a device.

Digital Wellbeing will officially launch in the fall starting on Pixel devices, with Android One and other Android Pie devices following “later this year.”

Until then, Google is launching a beta for Pixel, Pixel XL, Pixel 2, and Pixel 2 XL devices running Android 9 Pie. Starting today, users can sign up by heading to this site and entering their Google Play account. A welcome email will feature a link to accept the invitation, with Digital Wellbeing features appearing in a device’s Settings app within 24 hours.