$50 credit for Pixel 3 pre-orders from Google Store rolling out now. What should you buy?

Between the Pixel 3’s announcement at the 2018 Made by Google Event and its release two weeks later, the Google Store offered a $50 credit to incentivize pre-orders. These credits are now beginning to arrive, but what should you spend it on?

As we’ve noted in our personal Google Pay accounts, many users are noticing that their $50 Google Store credit has arrived entirely unannounced. It’s likely that the accompanying emails will be sent out shortly.

Update 11/16: The official emails are rolling out now, an image has been included below. One thing clearly depicted in the email is that the offer comes with an expiration date of December 31, 2018.

Surprisingly, the $50 Google Store credit offer was not limited to one per person, our Ben Schoon confirms. Having pre-ordered both a Pixel 3 and Pixel 3 XL, his Google Pay account received a $100 Google Store Credit. Though this credit, admittedly, doesn’t make next week’s $200 discount on the Pixel 3 XL sting any less.

Since many of us now have an extra $50 to spend in the Google Store, just in time for the Google Store’s Black Friday sales, let’s take a look at some of the best accessories to buy for $50 or less. 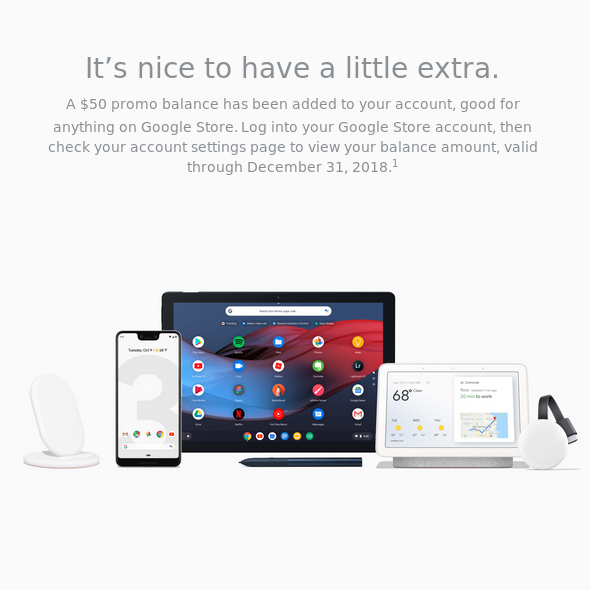 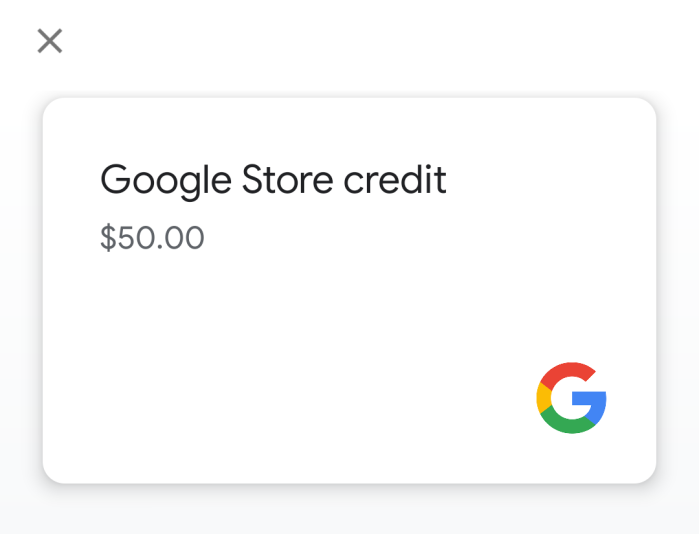 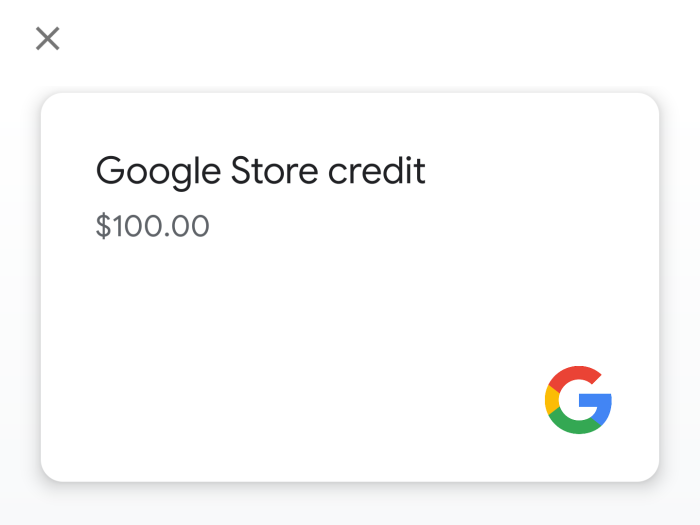 What should you buy with $50 Google Store credit?

Considering the Pixel 3 has twice as much glass to protect as most other phones, a case is an almost necessary investment. The Google Store has a decent handful of Pixel 3 cases available for under $50, including the official, Pixel Stand-compatible fabric case and the fully customizable Google My Case (Cyber Monday will bring this down to $30). 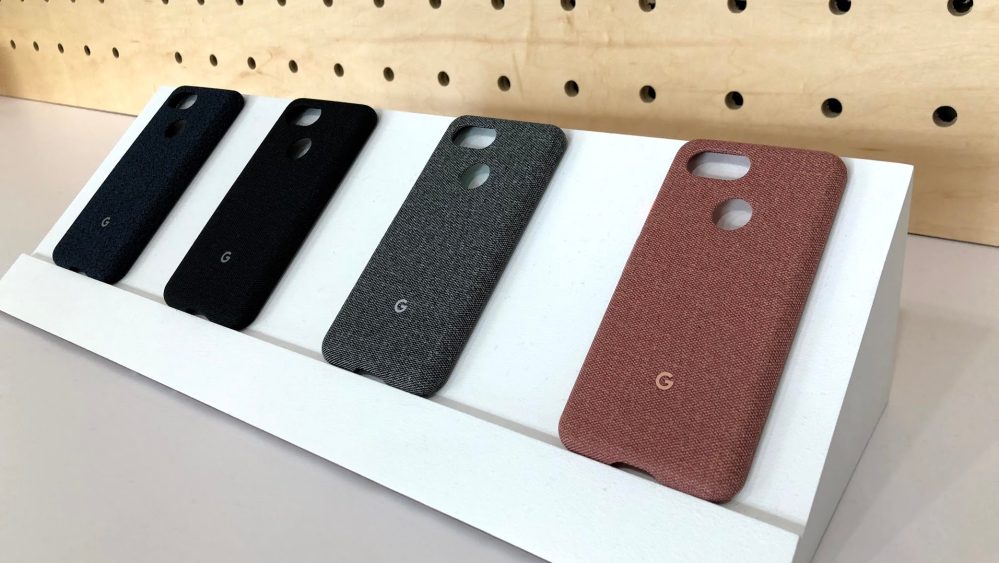 Those looking for more protection will want to look at the OtterBox Defender Case, or the InvisibleShield Glass+ VisionGuard screen protector.

If you’ve already (wisely) invested in a case for your Pixel 3, your next best investment would be a new headset. The Google Store has solid options for music lovers with the Skullcandy Riff wireless headset and AIAIAI Pipe 2.0 USB-C earbuds, both integrated with the Google Assistant.

For those who still prefer the traditional 3.5mm headphone jack, the Moshi USB-C Digital Audio Adapter w/ Charging is a great choice within budget. 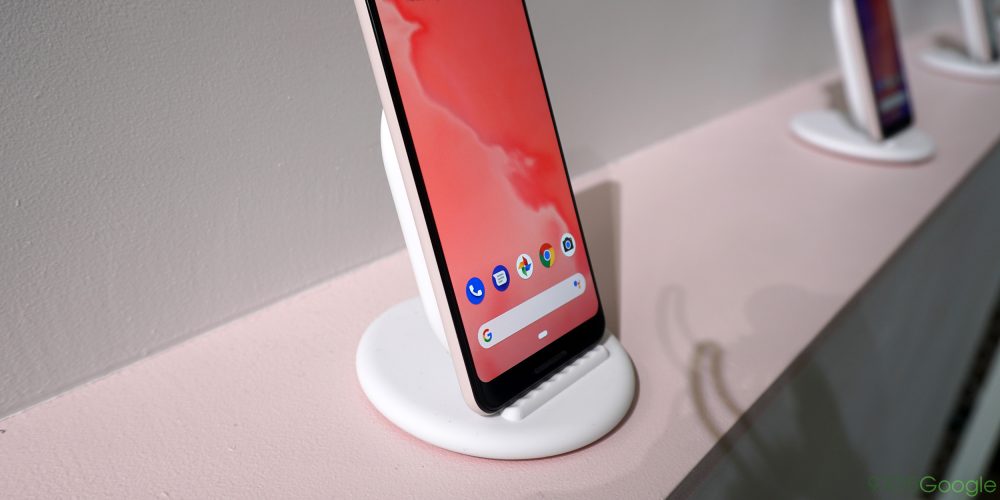 If the Pixel 3’s free USB-C earbuds are good enough for you, then perhaps an extra charger is more your style. Belkin offers a 15W USB-C car charger within the $50 budget. And we can’t neglect to mention the Google Pixel Stand, which is outside of the budget but still worth considering. 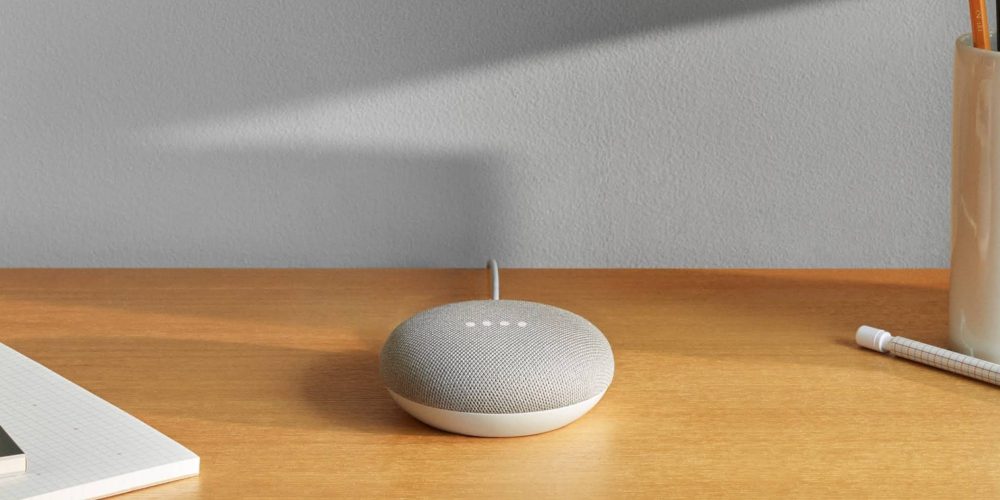 If you haven’t already picked up a Google Home, the Google Home Mini is a great way to take the Assistant ecosystem outside of your phone. If you’re patient and wait until Thanksgiving weekend, the Home Mini will be only $25. That weekend will also see the newly revamped Chromecast sell for only $25.

Let us know in the comments whether you’re spending your credit right away or holding onto it for Black Friday or something special.