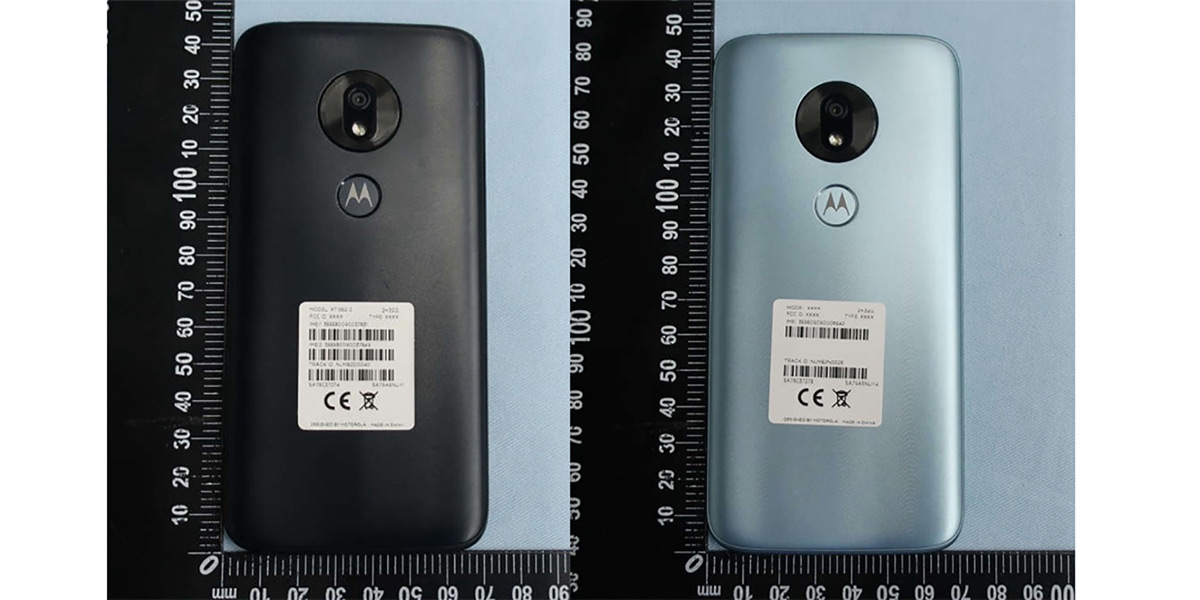 Originally spotted by Droid Life, the Moto G7 Play has essentially fully leaked courtesy of the FCC. The traditionally super-sized Moto G model includes that trademark Moto look and feel and comes in two colors, black and silver-blue. The bad news for the notch-fearing is that the Moto G7 Play looks set to feature a substantial display cutout.

The FCC filing has unearthed a great deal of extra detail that we were speculating about in recent weeks. Under the model number XT1952 we know that the Moto G7 Play will pack in a Snapdragon 632, Adreno 506 GPU, somewhat small 2820mAh battery, fingerprint reader, headphone port, microSD card slot and a USB Type-C charge port.

As per the user manual, we know that the notch will house the front-facing camera (naturally), flash, and speaker. It will be interesting if it also includes face-recognition — we still don’t know at this point though.

The rear panel looks much like any other Motorola phone released in the past couple of years. A round protruding single camera module with flash and beneath that a Motorola embossed fingerprint scanner. The two colors of the G7 Play shown off in this FCC leak are black and a silver-blue.

Having a reduction in battery size is a real disappointment, unless Motorola has something up their sleeve for battery-life that we simply don’t know about. We’ll reserve judgement until we get hands-on, but it doesn’t sound too promising.

We don’t yet know the predicted launch date for the Moto G7 Play, but the G6 was released in March of this year, which might be a solid estimate for this new model.

Hopefully, the saving grace could be that this seems a prime candidate for the Android One program, although we are hoping to see Android Pie on the Moto G7 line at the very least.