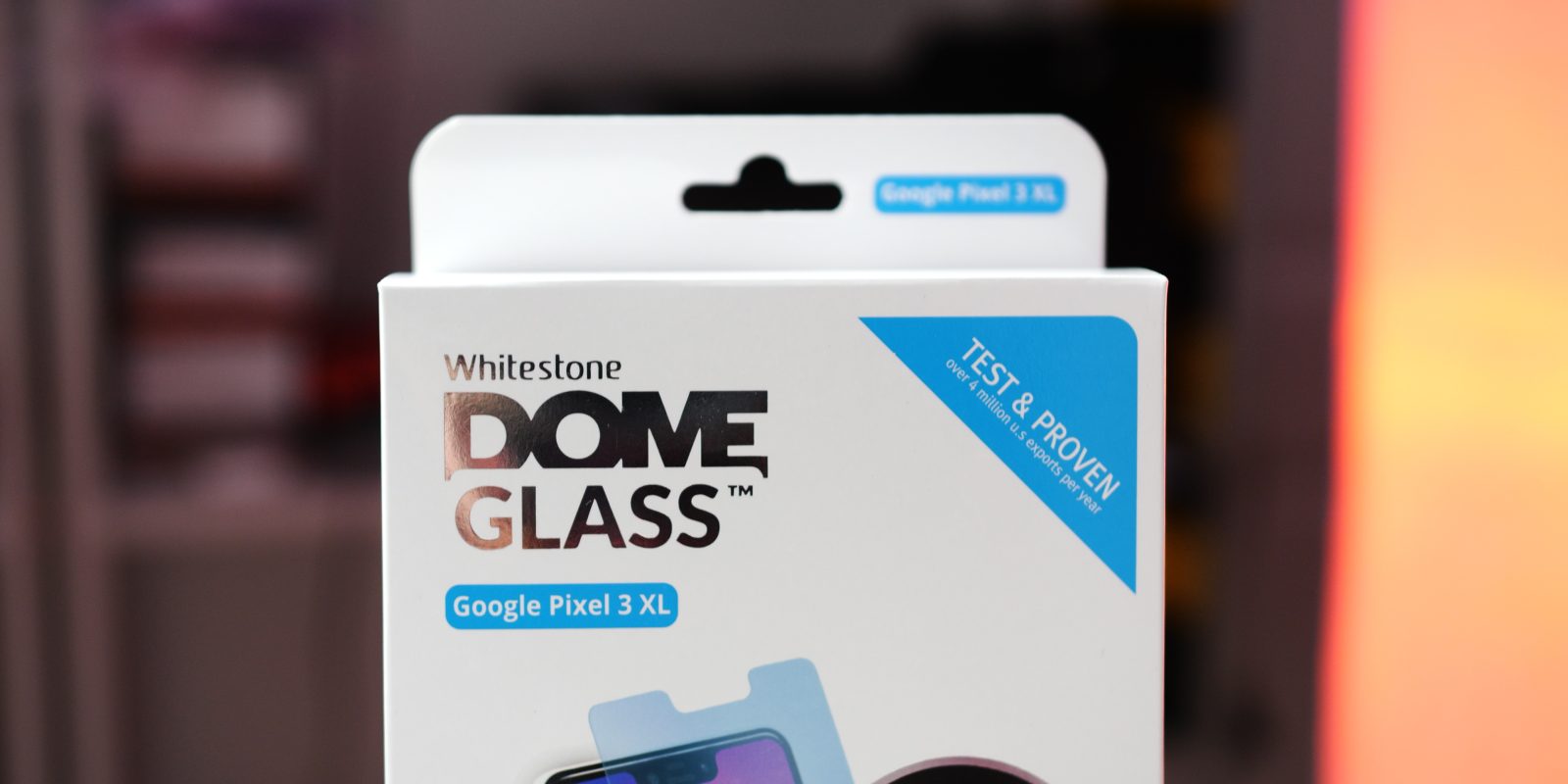 Accessories for the Pixel 3 XL don’t come much pricier than the Whitestone Dome glass. We have spoken at length on the quality that they offer over traditional cheap tempered glass screen protectors, and their latest version is no different.

Of course, one of the major problems with smartphones in recent years is the surging costs. That near-$1,000 smartphone could cost almost half as much again if you need to get the display repaired and head to an official repair outlet. For reference, the repair bill for a screen replacement on the Google Pixel 3 XL at repair stores such as uBreakiFix starts at $279.99.

It kind of stands to reason that you would want some form of protection from all kinds of potential damage: be that cosmetic or otherwise. Whitestone has arguably one of the best options but is the Dome Glass worth the money?

Update: A few months later, we need to update our readers on this protector. While your results may vary, many users report seriously durability problems with this protector. Specifically, the adhesive tends to have a “hazing” or “spiderweb” effect some time after installation. The protector used in this review was not affected, but numerous reviews on Amazon as well as 9to5’s Ben Schoon show this problem is fairly widespread. If you look to buy, proceed with caution.

The fit and finish 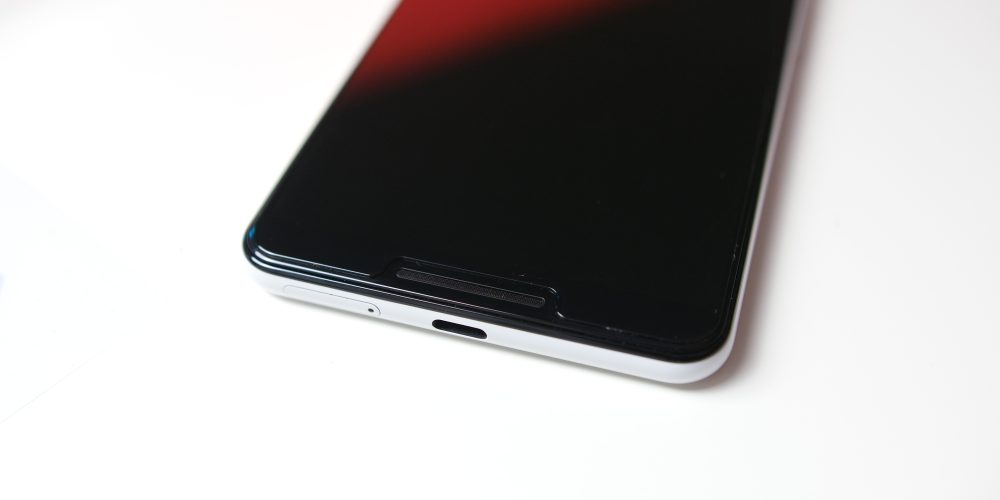 If you’ve ever purchased a Whitestone Dome Glass before, then you will have some sort of idea what to expect. The tempered glass reaches all the way to the edges — only the sharp curve is exposed — of the Pixel 3 XL display. Hopefully, that means complete protection from just about any drop within reason.

Once you follow the in-depth installation process the fit and finish is arguably one of the best on the market. With exception of a few other brands, there are very few screen protector manufacturers that offer a lifetime guarantee on any product, let alone something that is right in the firing line like a screen protector.

It also helps that this glass includes an oleophobic coating that many cheaper options simply don’t include. That means a beautifully smooth glass surface to the touch, rather than a matte, flat and blunt feeling glass that picks up grubby fingerprints and dirt. This little extra means that the Whitestone Dome Glass feels like the real display glass. 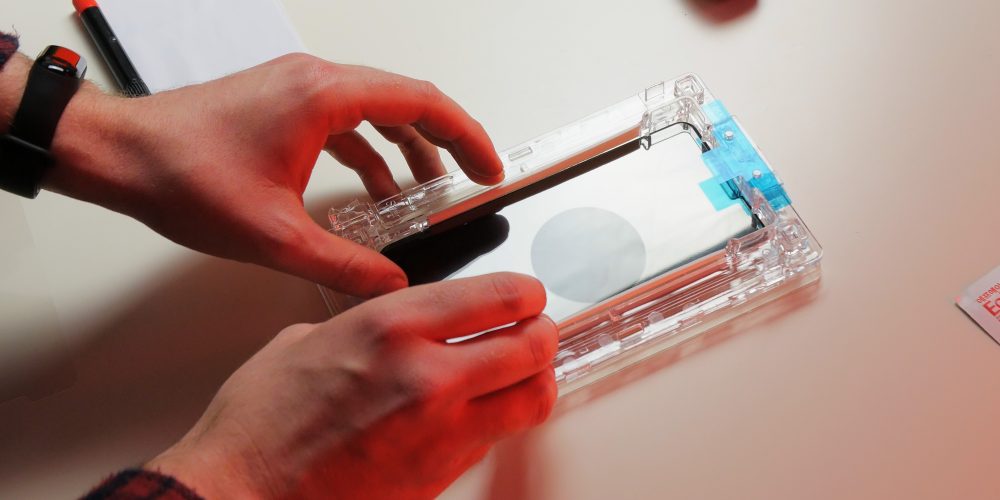 If you’ve ever bought a cheap (or expensive) screen protector they tend to fall into a couple of camps:

Where the Whitestone Dome Glass differs is in the quality of the tempered glass used and the adhesive method in which the glass is applied. It uses an adhesive liquid that is applied directly to your smartphone display, before using UV light bonding to cure this liquid glue. This ensures that it holds much better than just regular old adhesive.

The installation procedure is not exactly quick and needs a little bit of patience. You get all of the kit you need including:

Once all of these items are out of the box it’s as simple as following the instructions — daunting at first but easy enough to manage. To see the full process watch the video below.

Okay, so this is a very tough question due to a number of factors. Firstly, it would be wrong for me to say that a cheap $5 tempered glass screen protector from eBay is going to offer the same overall complete protection as a Whitestone Dome Glass. It would also be wrong to say that a cheaper option can’t offer protection from the same kinds of issues that we all sometimes face. 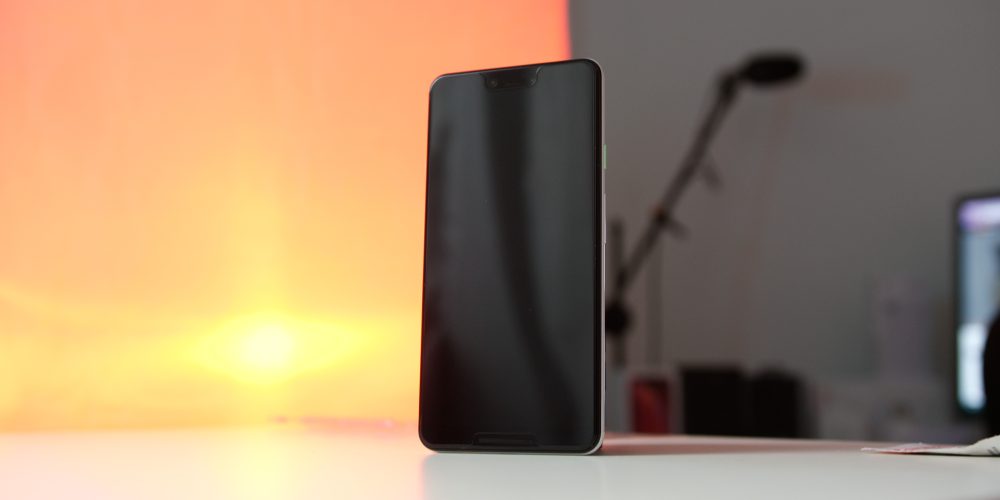 So instead, I will say that there are very few cheaper options that offer this level of secure protection. What I mean by that is, that if installed correctly there are no screen protectors that last as long or can take as much of a beating as the Whitestone Dome Glass.

My colleague Ben Schoon also installed a Whitestone Dome on his Pixel 3 XL and found that, within a day, a small crack had appeared at the bottom corner. He can’t track down what exactly caused the problem. Whitestone did mention that a lack of adhesive applying or curing properly can leave the protector susceptible to this sort of thing. Notably, it’s the first time we’ve ever encountered this kind of issue before..

Now as I opened up this piece lamenting the rising cost of smartphones, I’ll end it by lamenting the cost of repairs. I have smashed only one display before and that cost a measly £99 (or ~$120) for a brand new Nexus 4 display — yes, that long ago. Even so, the cost of a double pack of the Whitestone Dome Glass can cost as little as $45, so in hindsight, it is most definitely worth the investment.

Factor in the extra bonus of a lifetime warranty and that price really does start to make more sense. Especially if you have a drop and the screen protector does take the brunt and then becomes unusable. Now there aren’t many brands that offer that level of confidence in their product.

What are some good cheaper alternatives?

I get that some people don’t want to spend $60+ on a tempered glass or TPU screen protector. So I’m a man of my word and here are some decent alternatives. They will likely be okay but please don’t expect the same level of protection as the Whitestone Dome Glass.