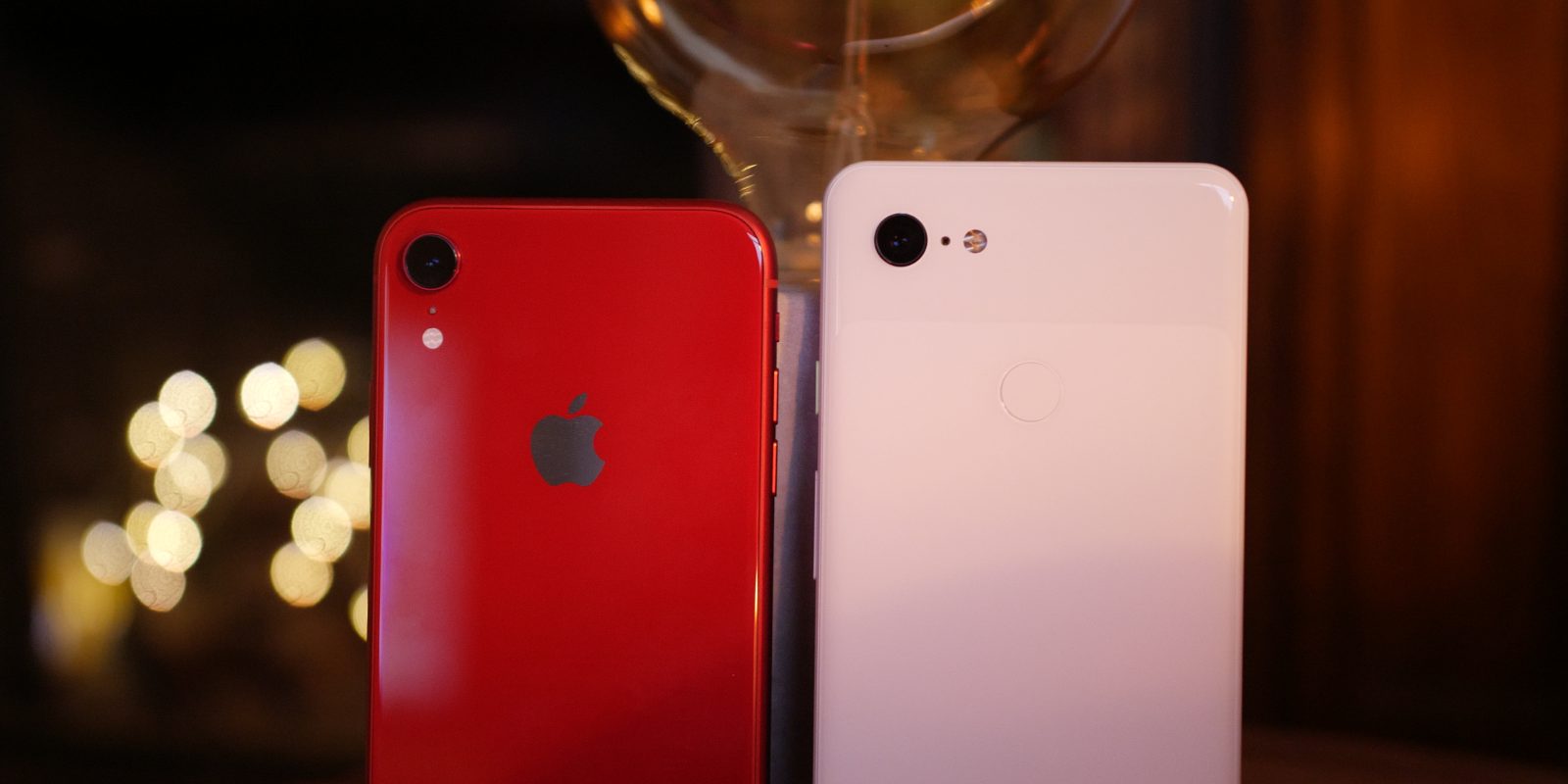 When you consider that many smartphone manufacturers are trying to do what Apple and Google are capable of with single and double camera setups, it stands to reason that we would compare two of the best single lens setups on the market.

Arguably, the iPhone line has had some of the most impressive cameras on any smartphone. That stretches all the way back to the release of the iPhone 4 and has continued up to the iPhone XS and now the iPhone XR. DxOMark recently made it their Top-ranked single-lens phone — although the Pixel 3 is yet to be tested by DxO.

I can’t honestly say I am a huge fan of the display on the iPhone XR, but the image quality from the single lens setup is exceptional. Is it better than the Pixel 3 or even the Pixel 2 for that matter, well, I would say no. That said, your opinion may differ and there is nothing wrong with that.

When you consider that both of these smartphones come in at around the same price, offer a similar experience and have similar camera setups, then the camera qualities are begging to be compared. In a night shootout, the iPhone wouldn’t be able to compete. For that reason, it would be unfair to compare both cameras in that evening arena. That means it’s a strictly a daytime shootout. 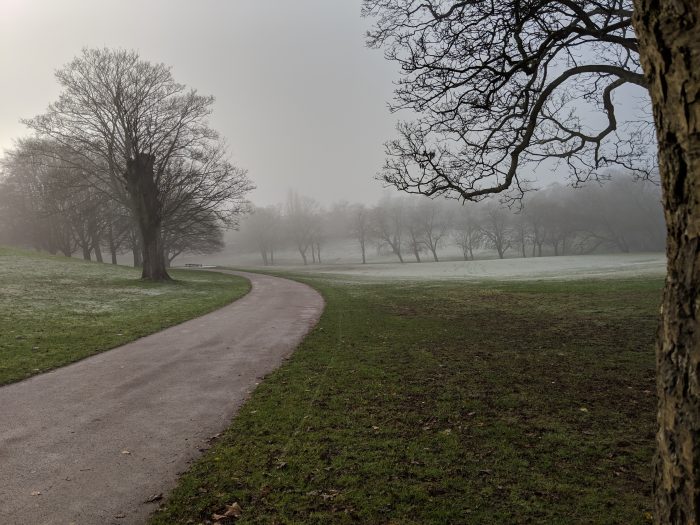 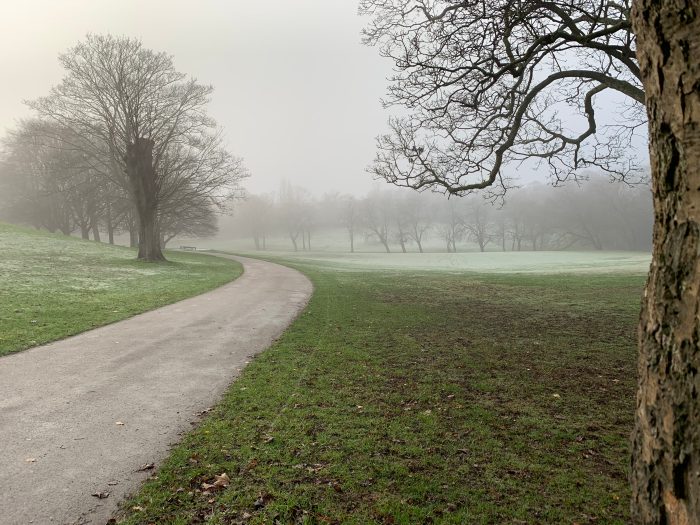 Just to give you an indication of the conditions that I have to deal with throughout this comparison. This was a cool, misty and somewhat dingy morning so lighting is at a premium. I think instantly my eyes are drawn to the image on the right, which has come from the iPhone XR.

The increased brightness smacks you right in the eyeballs, even if it’s actually quite subtle in this instance. The Pixel produces an arguably better shot given the conditions. Like I said, it was a murky, dingy day, the XR seemingly ups the saturation and brightness to compensate.

There’s no denying that it does look good, I would likely choose that as the better on first glance. Take a closer look and you can see that it starts to lose detail in the mist much sooner. 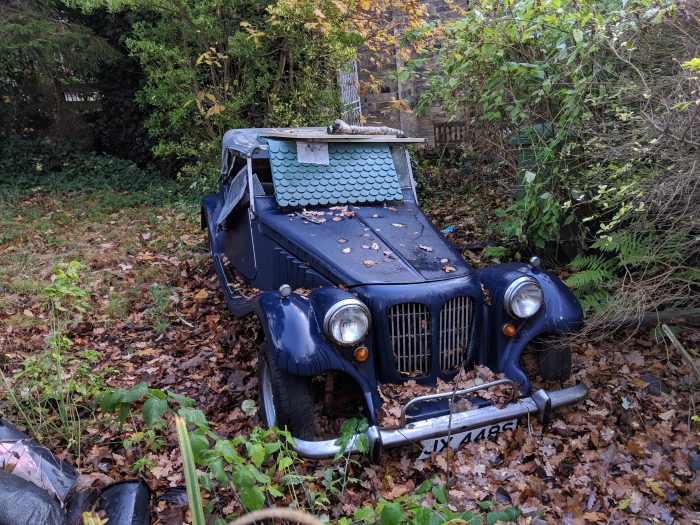 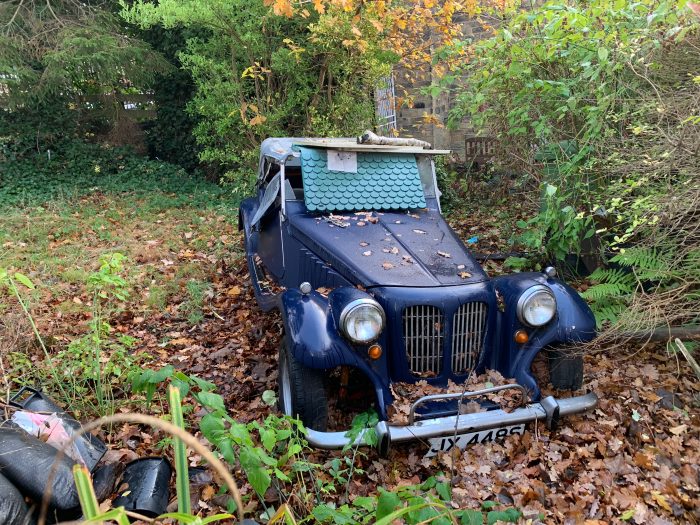 This abandoned classic car provides a great way to see the subtleties of the Pixel 3 and iPhone XR cameras thanks to the way both handle the deep blue color. I am incredibly happy with both images, but again your eyes are drawn to the iPhone picture (right).

There is more detail and sharpness throughout the entirety of the Pixel photo, but it does feel cold and uninviting when side-by-side like this. Straight out of camera I thought the Pixel actually did a bad job but on a big display, you can see it is a perfect picture.

Even so, I’m leaning again towards the iPhone image, even though I know that it shouldn’t have such bright yellow leaves and brightwork in the back of shot. 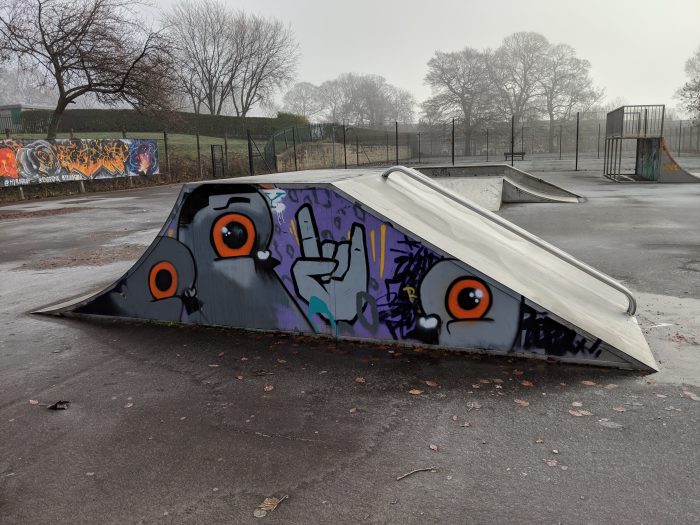 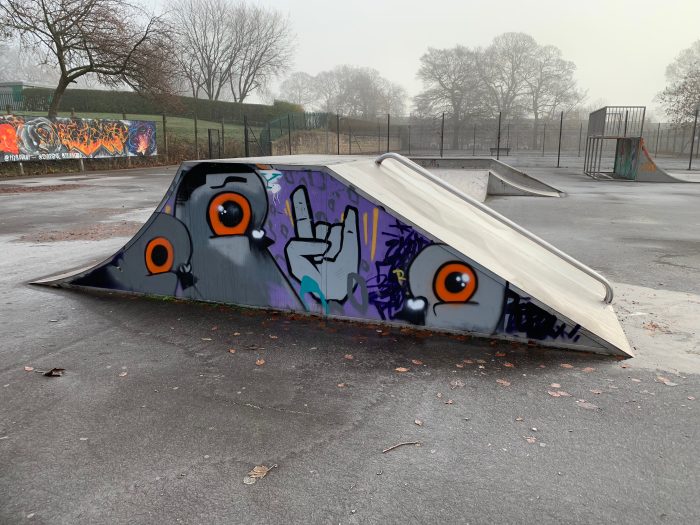 You’d be forgiven for not knowing which photo has come from which camera, I struggled at first glance when labelling the images. The colors on the side of this box ramp are just every so slightly upped on the iPhone XR.

I like the Pixel 3 XL picture as you can see a bit more detail in the concrete and melting frost that was there when I arrived. Although with that said, I prefer the colors on the XR picture. I get that brighter images are more appealing, but that is to the detriment of the accuracy overall. Then again, I prefer the image with more saturated colors and greater brightness, so what do I know? 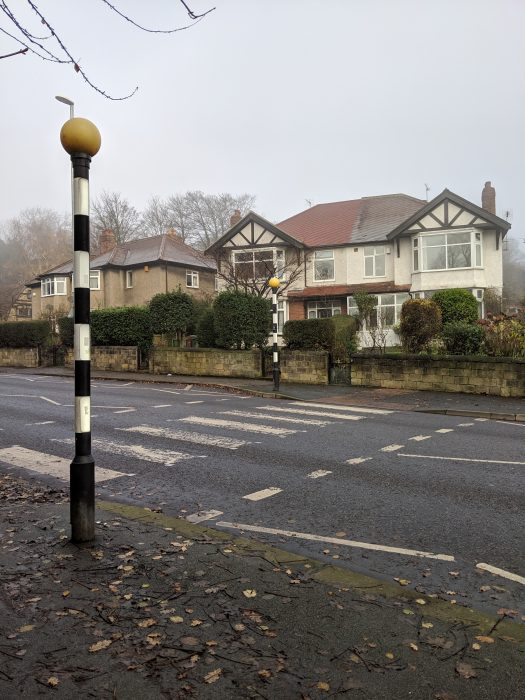 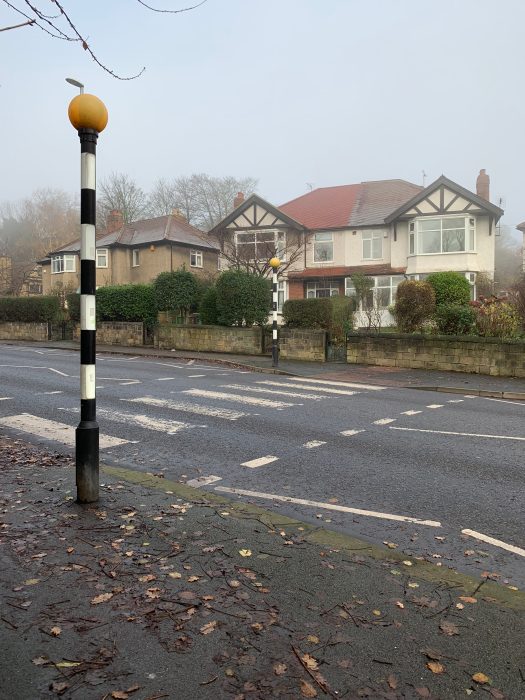 No, this isn’t the famous Abbey Road crossing as featured on The Beatles Abbey Road album cover, instead, this is just a generic pelican crossing (or crosswalk). Looking directly at the murky, grey sky gives an indication of how much Apple is doing with the XR camera.

It was grey, I couldn’t see any blue at all given how low the winter sun was in the sky.  There is also a loss of detail in the brickwork and roofing of the houses, whilst the iconic black and white lampposts actually look better and more weathered than the Pixel is capable of producing here.

Which is better is clearly subjective, but objectively the Pixel produces a more accurate image. 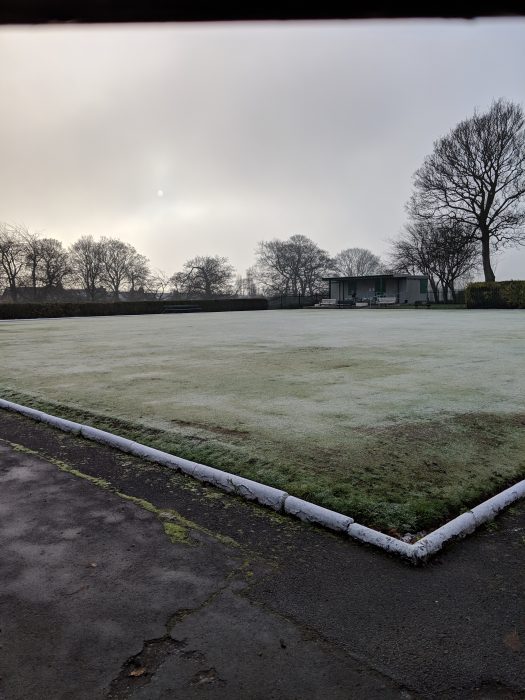 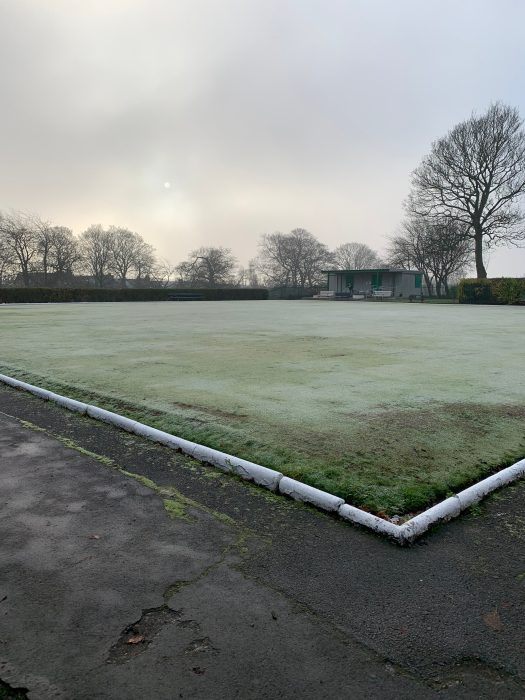 If you’re wondering what this stretch of grass is, it’s a bowling green. Not the 10-pin kind, it’s a weird game played exclusively by old people here in the UK. Either way, the iPhone XR does a stellar job. I’m not that impressed with the Pixel image to be completely honest.

Maybe the sun hidden behind the low-lying clouds has had an effect? The hut in the background is way clearer in the XR photo, as are the far trees. I will say that the Pixel is pin sharp despite a few exposure issues. 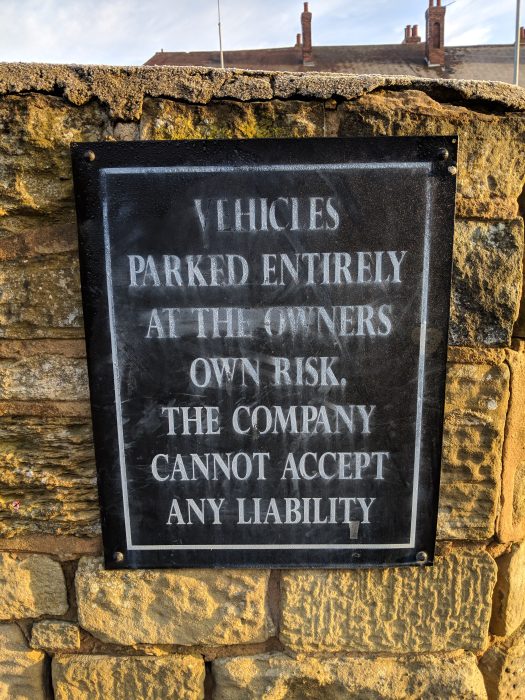 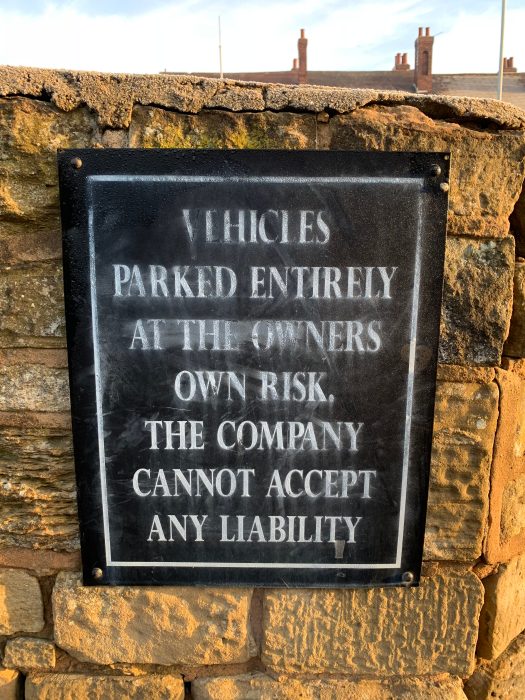 Just to show you that the sun did poke out a little, this sign on a brick wall is a great example of the color differences between Apple and Google cameras. I dislike the mustard tone that the XR has adopted on the old bricks, whilst the black of the sign is nice and deep, it should be more weathered.

The Pixel handles the skyline and far roofs so well when the focus is on the signage and brickwork. Look how well the shadows look too. The sign casting a light but visible dark spot on the left side.

Overall detail is similar, but the Pixel manages to pick up the miniscule details that bit better. 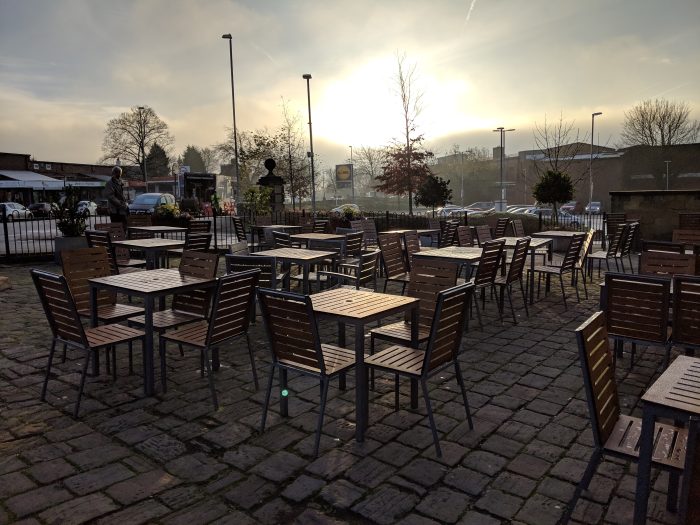 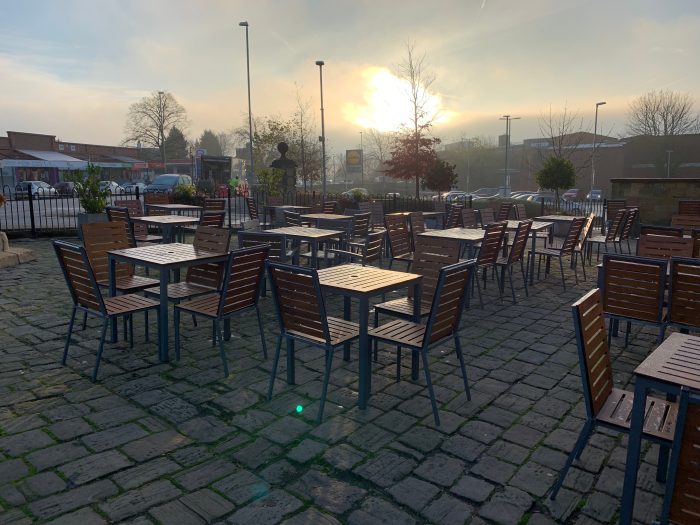 I think this is the first true picture that you can see Smart HDR in action on the iPhone XR. The sun looks way more ‘contained’ and all of the shadows have been brought up a couple of notches.

I like the subtle lens flare on both pictures of this outdoor seating area, but the iPhone has captured way more detail thanks to the Smart HDR feature. That doesn’t mean it’s particularly perfect as I think the image has a very grey/steel tone that makes it look kind of fake.

Check out these further images and work out for yourself which you think is the best:

I’ve said in previous camera comparisons, personal preference plays a much more integral role than the quality of the image in most cases. For me, side-by-side, the iPhone XR produces arguably more appealing images on first glance.

I love the Pixel 3 XL camera, it has made me a much more conscious mobile photographer. I personally think it is the best on the market, but even with this personal bias, I have leaned towards the iPhone XR photos more often than not.

These are the best single-camera devices on the market — make no mistake about that. If the mobile OS doesn’t matter, then you have two comparably priced phones that do impressive things with only one rear sensor.

What’s great about these kinds of comparisons is that we all see things slightly differently or prefer different things. We’d love to hear which you prefer, or why you think one is better than the other. Stick a comment down there and, as always, share some of your best photos too. We really do love seeing what people can accomplish with their smartphone cameras.