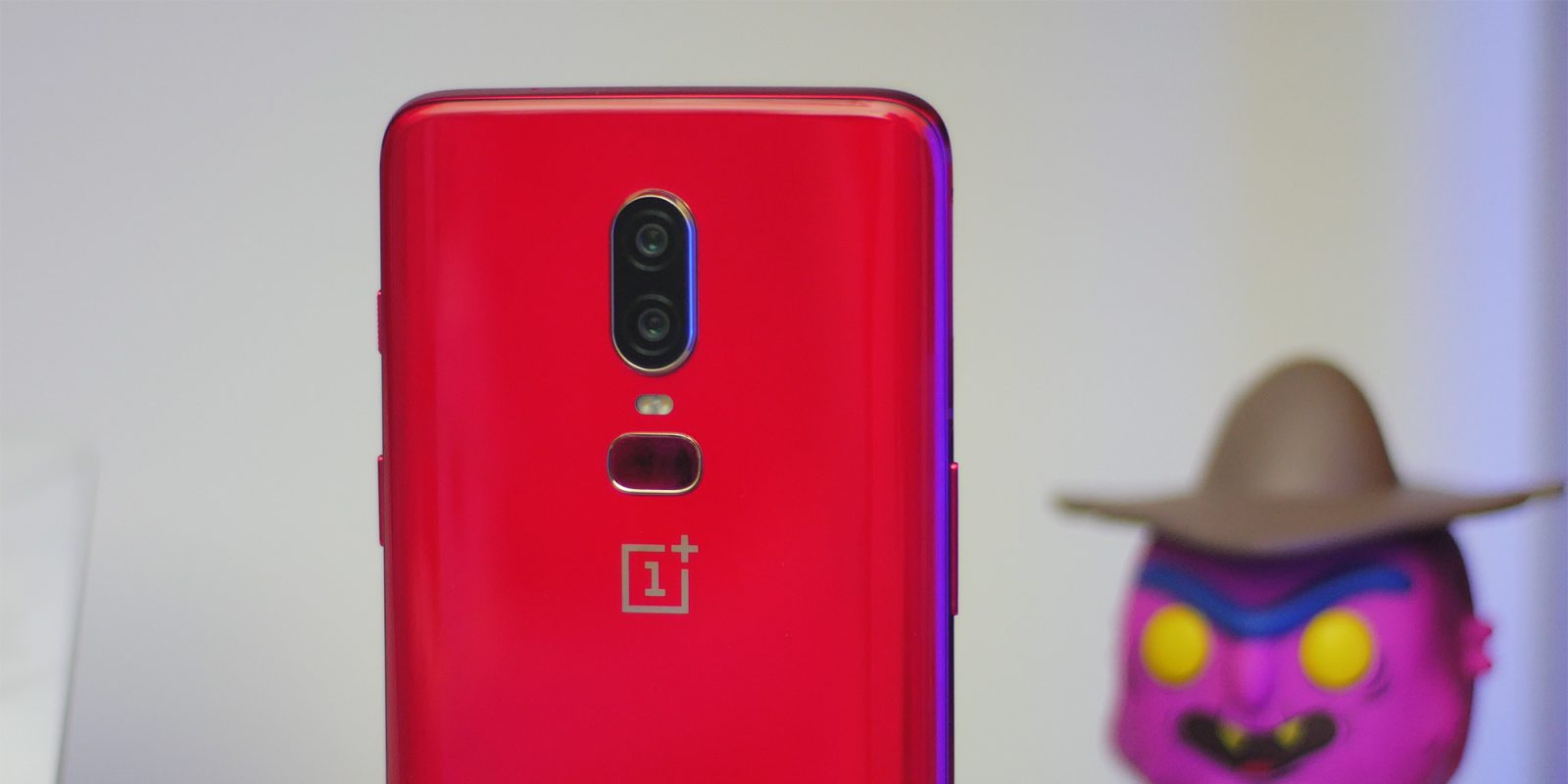 OnePlus burst on to the scene with its so-called ‘flagship killer’ at a price that was meant to shake up the market. Since then, the self-proclaimed killer is becoming more like one of the crowd — with a steadily increasing entry cost. They’ve invested heavily in hardware driving the devices, but the camera has almost always taken a back seat.

Update 17/08: I reached out to OnePlus regarding this issue, to which they have responded stating that this could potentially be a hardware issue with my specific review unit. We’ve requested a new review unit to be sent out to test this potential issue further.

I’ve made it my mission to get hold of the last four OnePlus devices to see if they’ve actually improved one of the most average aspects of the ‘flagship killer’ experience. Let’s first run over the head-to-head specs to see what we’re working with here:

There’s not much to really differentiate between the optics in the 5, 5T and 6 on paper. They all sport very similar dual camera layouts that, at least in theory, shouldn’t be too different from one another.

You’ll quickly see that the results from each device are subtle enough for you to give you an indication of which model has taken which picture, but there’s also something that wasn’t expected from the outset.

In the interest of making this an even and fair test, all cameras had HDR mode activated, the secondary telephoto option was not used, and auto settings were applied for aperture control. Whilst this isn’t a ‘perfect’ leveler, I think it provides the most even way to test the capabilities of each rear-facing shooter.

Living in the UK means that I’m not often blessed with perfect conditions for a camera test. But this does mean that there are a myriad of various conditions that a smartphone camera has to tackle to produce a quality, usable image. This first test showcases each OnePlus’ device full image reproduction capabilities in an instant, with some pretty interesting results.

Instantly it’s obvious which are the most visually pleasing pictures. I expected the OnePlus 6 to just breeze this initial examination, but it’s the 5T that has the most fully realised image. The 3T produces a solid picture despite inferior hardware and is testament to how far we’ve come in terms of camera optics in our daily devices. Granted the unit is slowly approaching 2 years old.

With almost identical hardware — but in a slightly different layout/configuration — the 5, 5T and 6 all have nuances that make one in particular stand head and shoulders above the rest. Let’s quickly jump to the newest models effort. You can clearly see that the OnePlus 6 has produced a photo that doesn’t exactly lack detail, instead, it lacks accurate color reproduction. The end result is something that looks incredibly washed out and lacking in real vibrancy.

There aren’t many major differences between the 5 and 5T’s images, but it’s noticeable that the sky is overexposed in the 5’s attempt at recreating this tree. This first test was supposed to give the OnePlus 6 the opportunity to showcase what it was capable of right from the get-go, instead we have the 5T producing what I would say is objectively the best image.

Not exactly the best start.

Natural shadows help with the definition of an image, with a quality shooter being able to retain depth and detail without overexposing or underexposing these darkened areas. This stone bridge provided the best way to compare just how each OnePlus device coped with the kind of everyday natural shadows you’ll encounter taking images at almost any time of year.

As with the first test, you can see where the 3T falls short when put up against the newer handsets ability to let in more light to the sensor — thanks to the faster aperture. When comparing the pictures produced by the 5, 5T and 6, you start to see the nuances of each devices image capturing capabilities. The 3T has created a more-than-acceptable picture, and to be honest it’s fairly well exposed given the gap in hardware. The 6 has again overexposed to the point that it results in a washed out and sub-par picture — albeit nice and sharp.

With that almost identical hardware configuration and layout, the 5 and 5T have battled it out for best in natural shadow reproduction. The extra definition of the graffiti over the far right arch and the brickwork above are enough for me to believe it edges the 5 in this test — but only just. Both 5 models have captured details within the shadows under each archway, whereas the 3T was unable to provide as much definition and lacks the overall focus for a slightly fuzzy-looking image. For some reason, the 6 is finding itself unable to cope with the big differences in lighting and tries to overcompensate by overexposing the entire scene.

Close focus can’t be overlooked on any smartphone worth its salt, and that’s with good reason. Instantly you can see that the 6 has done a much better job at exposing this purple flower. I’m impressed at just how each camera has done in all honesty. In a reasonably darkened forest area the lack of light is not really that apparent when you take a look at each individual picture.

Under the microscope, you start to see the subtle differences. The 3T does an overall decent job if somewhat flatter in color — with some nice background blur enabling the focal point of the image to really stand out. Only the 5T has struggled slightly in this close focus test — although this might have been down to my own error when taking the picture. All flowers have been exposed well, with each image exhibiting some slight color variations that are not too drastic.

The problem here is that the 3T, 5 and 5T have all producing images with warmer tones, which although are visually pleasing, don’t quite match the slightly dingy, dank forest surrounds on the day these images were taken. In a forest full of deep greens and shaded areas, the 6 is finally showing that it is capable of exposing an image properly and accurately.

Maybe the first couple of tests were an anomaly?

A prime test of the overall capabilities of each camera and sensor, this will be a major deciding factor. Not having to tweak colors majorly before uploading to Instagram, Twitter or Facebook is bound to be top of many average users priority lists — whether they actually realise it or not. I can’t speak for anyone else, but if I take a picture that is washed out or the camera doesn’t take great pictures, then I’ll often just not bother even taking one the next time around.

Each individual image has merits, with the 3T getting murkier towards the corners for a slight vignetting effect. The 5 and 5T are almost indistinguishable, with good exposure and correct color reproduction throughout the center of the scene — especially with the gray of the sofa. Now yet again the 6 produces the lightest picture of the four devices tested.

We’ve definitely stumbled upon a pattern here when the phone is taking images in natural lighting and HDR mode is enabled. Washed out colors are becoming a common theme, it’s not even limited to a single portion of the photo, it’s all facets.

The exposure settings seem to be notched up to overcompensate for something. This is despite the image still being very clear and crisp — arguably much more so than the 5 and 5T. It prevents the image from being inviting, instead, definition is lost and the overall quality is hindered.

It’s clear at this point that there might be an issue.

Throughout this test, we seem to have stumbled on a slight issue with the OnePlus 6’s ability to manage auto-exposure settings in poor or ‘tough’ lighting conditions. With that in mind, if it is overexposing, then maybe a low light test will give it a slight advantage over it’s older siblings. This isn’t a ‘true’ night low-light test, but one that I was able to control within my own office space.

As you can see from the results, it really does a fantastic job given the nature of the subject, the lighting conditions and the overall end result. In fact, all devices have done much better than I had anticipated. The 3T being objectively the ‘worst’ of the four images produced — it’s still a good picture in my book.

The wider aperture on the 5, 5T and 6 are working well with this pretty common lighting scenario. The background lighting could have been a problem area, but all have handled this relatively well all things considered. This could be the only scenario that the 6 is really comfortable and one that sort of replicates the average home user taking photos in and around their own personal space.

I’m not entirely sure if the previous low light issues with the OnePlus line are being addressed by simply having the phone overexpose when in HDR mode to ensure that the entire image is being made visible.

With some external work, images are more than pleasing enough for usage just about anywhere. Yes, there does need to be a little work done to get the camera doing exactly what you want, but it’s not the dealbreaker that it has been made out to be.

That’s not to say there isn’t an issue — at least in my case — maybe this was just an issue with the way I conducted the test. Using HDR mode across the board might have caused issues or my camera software hasn’t updated properly? I’ll be keeping an eye on this more closely over the coming weeks/months.

If you have any similar experiences or want to know more, then let’s start a discussion in the comments.