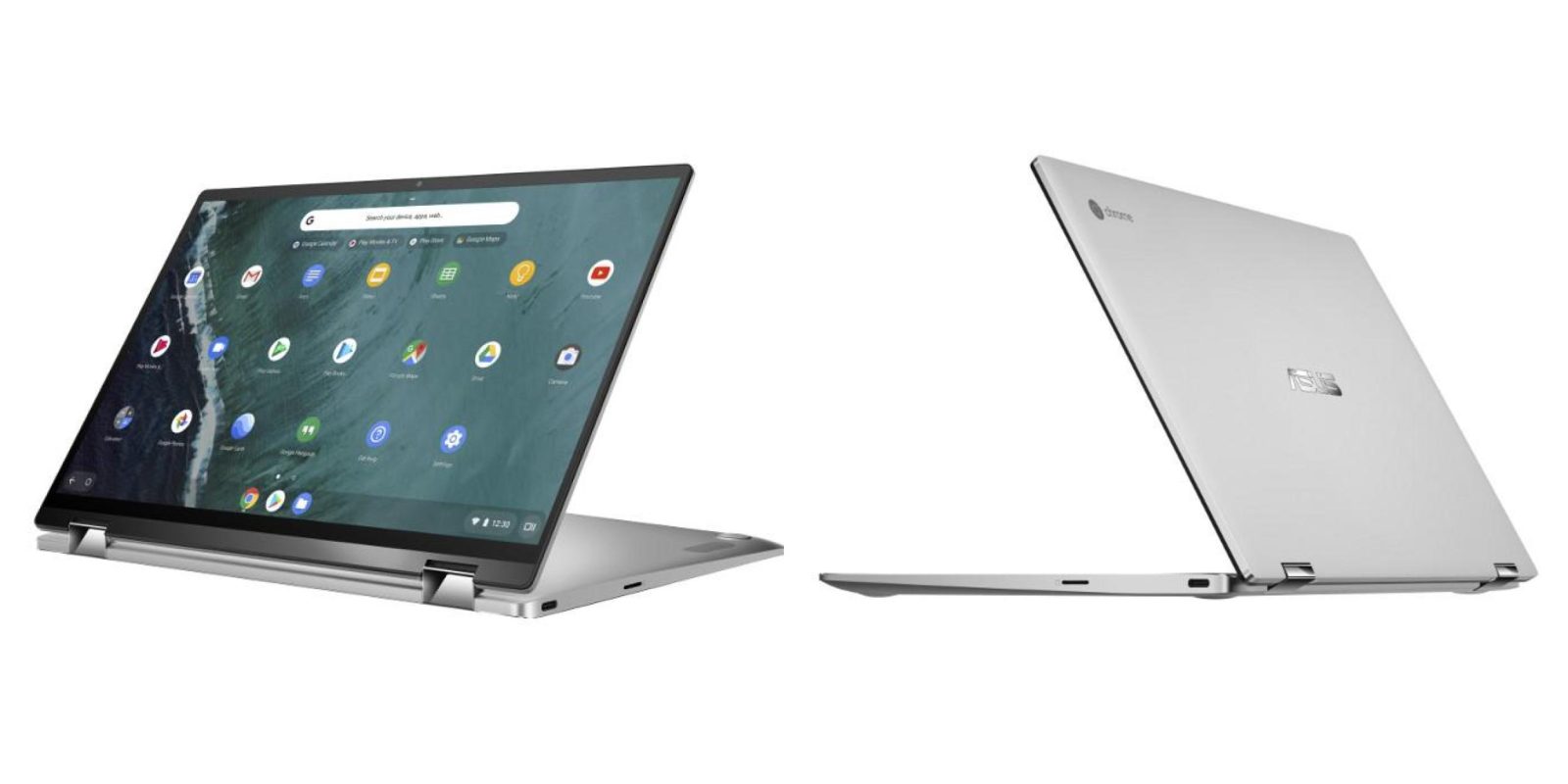 Last week, Asus announced a slew of education-focussed Chrome OS devices, including its first Chromebook tablet. At CES 2019 today, the company is revealing the premium Chromebook Flip C434 with a metal chassis and near edge-to-edge screen.

Asus has repeatedly found success with this 2-in-1 form factor, and the Chromebook Flip C434 switches to an all-metal construction made of lightweight aluminum. Brushed silver is found on the lid and the top/bottom base, with Asus noting how the material hides fingerprints better than plastic or rubberized cases. This entire Chrome OS device comes in at 15.7-mm thick and weighs 3.3 pounds, with modes including traditional laptop, tablet, and tent.

The next standout feature is a 14-inch Full HD touchscreen that is edge-to-edge and in the same footprint as a 13-inch laptop. Asus’s NanoEdge display technology is adapted from the company’s ZenBook ultrabook line and allows for 5mm side bezels. Interestingly, the front-facing camera remains on the top-edge instead of underneath.

This Chromebook Flip features a full-size chicklet keyboard with 1.4mm of key travel and backlighting. Given the convertible design, the hinge raises the keyboard slightly in normal laptop mode.

On the specs-front, the Asus Chromebook Flip C434 is powered by an Intel Core i7-8500Y and up to 8GB of RAM, as well as 128GB of internal storage. This Chrome OS device supports Android apps out-of-the-box, and likely Linux. The full 8th Gen Intel processor options include:

The port accompaniment includes a microSD card slot, two USB-C for charging the 48Wh battery, USB-A, and headphone jack. A power button and volume rocker are on the left edge, while there are two speakers built into the base.

The Asus Chromebook Flip C434 is launching in the coming months, with pricing details not yet announced. Asus acknowledges the “wave of premium Chromebooks led by the Google Pixelbook” that cost a $1,000, and the very affordable entry-level that most vendors release. It is explicitly placing this Flip “in between these two extremes.”