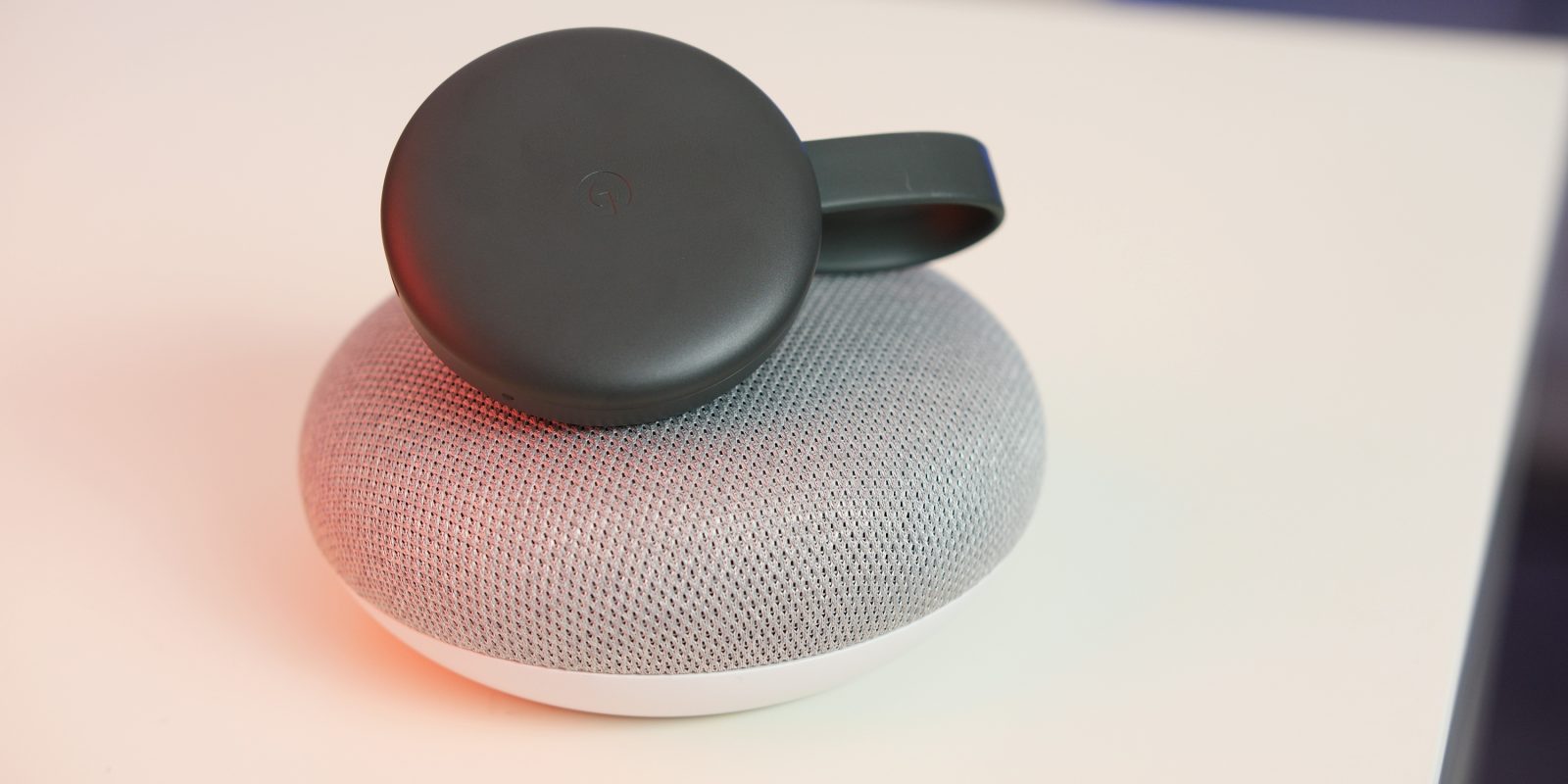 In any smart home, there are a few key components which are critical to its function. For those of us deeply invested in the Google Assistant ecosystem, the Google Chromecast is arguably at the core of any Google Home-powered entertainment system. It most definitely is one of your Google Home Essentials.

It’s amazing to think that the Chromecast is officially the first piece of true Google hardware, and what a piece of hardware it really is. Back in 2013, the device introduced many homes to smart TV features when Smart TVs were not quite as commonplace.

As with any first-party hardware, the Chromecast plays exceptionally well with your Google Home, Home Hub or Google Assistant-powered Smart Display.

It’s genuinely what we would call an ‘essential extension’ of the Google Home ecosystem that should be top of your shopping list if you don’t already have an Android TV box or Android TV compatible set. That’s all thanks to the easy installation, simple controls and the powerful addition of Google Assistant to an otherwise basic streaming system.

I’m not going to bore people with a rundown of what makes the 2018 Chromecast such a quality piece of hardware. The newest 1080p model has seen a slight refresh and now fits more into the new Google hardware aesthetic while being capable of 1080P 60FPS streaming. It even includes Bluetooth for faster setup.

You can choose from two color options: charcoal and chalk. That’s black and white to most people. The matte color is a bit of a departure from the original glossy models and the removal of the magnetic clasp is disappointing but not a huge loss when you consider it will be hidden around the back of your TV or monitor. 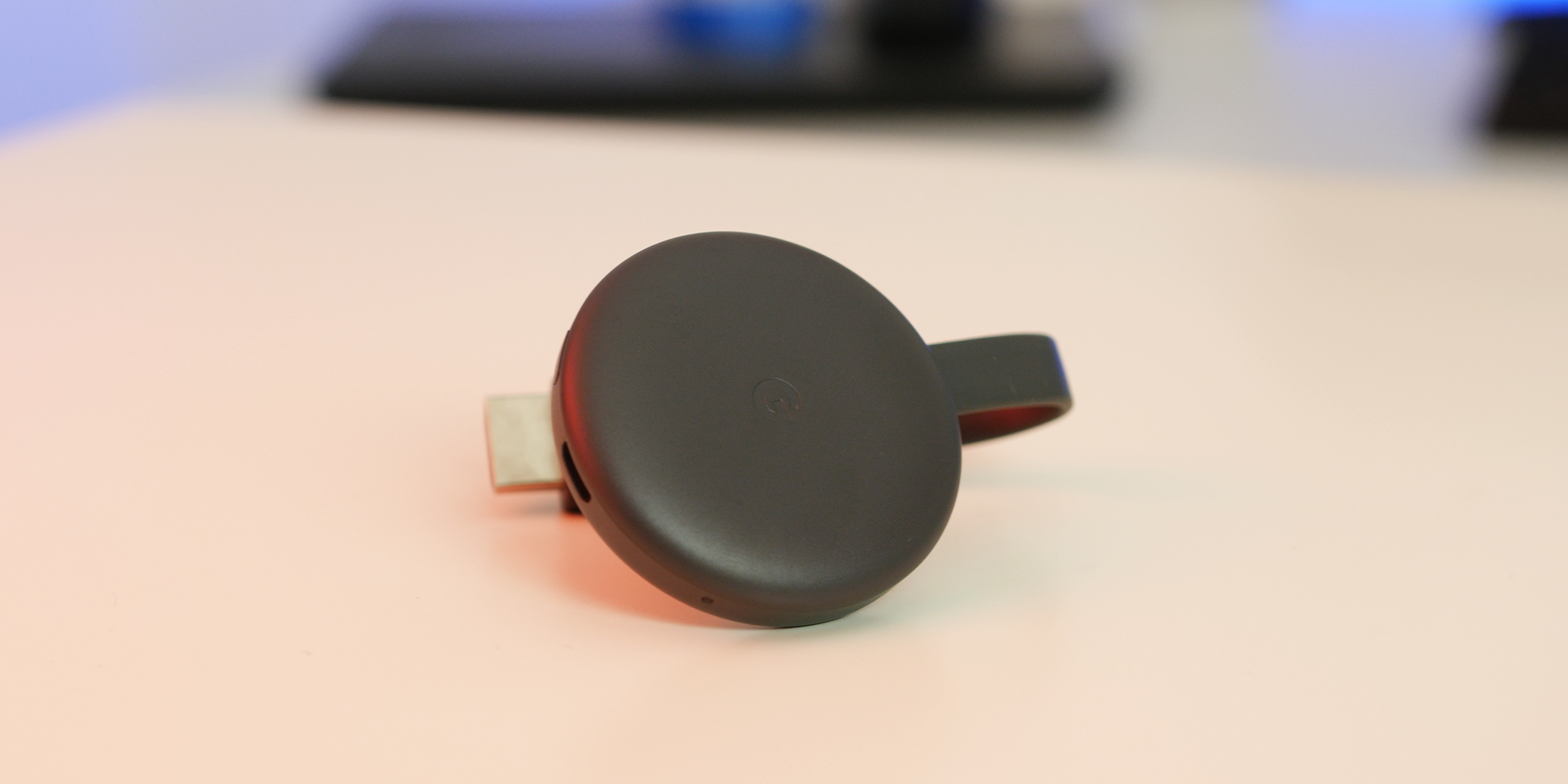 The hardware hasn’t evolved all too much since the original but the Google ecosystem has, which means that you can plug it into a heck of a lot of devices now, which wasn’t quite as apparent when the Chromecast was first released in 2013. It does now follow the softer, more approachable and less ‘tech’ looking design that has been adopted by almost all Made by Google hardware.

Much like I said about the LIFX Mini smart bulbs, something out of view or at least hidden from view doesn’t necessarily need to look attractive but quality design adheres to a solid pattern or consistent aesthetic. The 2018 Chromecast most definitely does that, not that it has veered too far away from the 2013 glossy finish re-design — which I’m sure some still have and prefer.

That being said, the newer matte coating should be better for longevity. I have the older model, which has taken a fair amount of scuffs, bumps, scratches and nicks. Google’s updated design language makes for a sleeker aesthetic and shows that even with a device that will be inconspicuously placed at the back of a TV or monitor, care is being taken to ensure that everything adheres to this new design methodology. 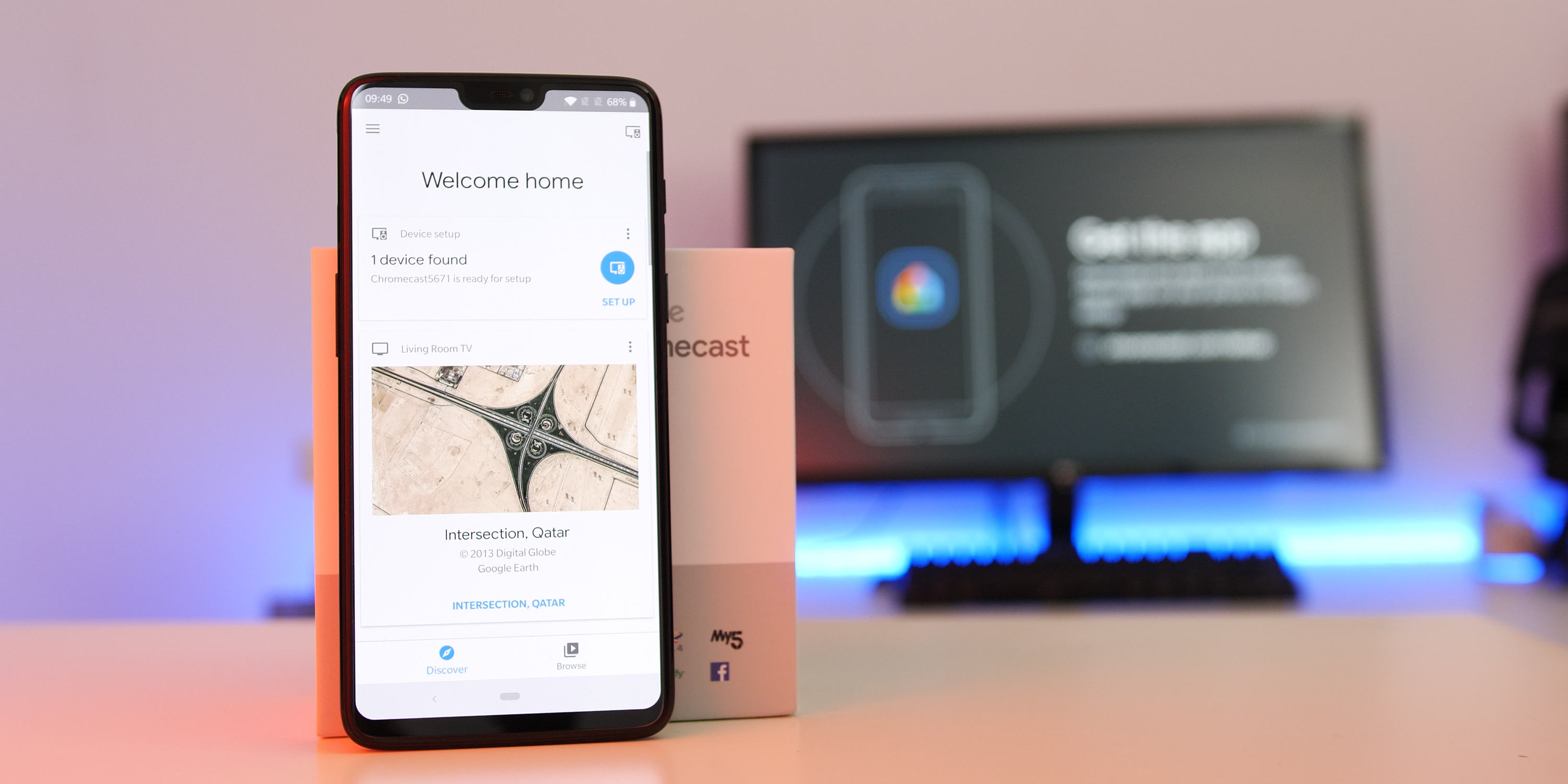 One area that all of the Google Assistant hardware really excels is the ease of installation and set-up. The Chromecast is no different and is the part of the reason that the Google Home app exists at all.

Once you have the Google Chromecast out of the box you have a couple of option, if your TV includes a USB port then you can plug in the included USB cable for phantom power of the TV dongle. The only downside to this solution is that to use the device you will need to turn your TV on — this sounds stupid but it will make more sense than that in a second.

The other method, by plugging in the USB cable to a wall outlet allows you to cast to your TV when turned off, this will then turn on your set and go straight to the HDMI channel you’ve plugged in the Chromecast to.

Fire up the Google Home app and it guides you through the set-up process, which is quick, simple and links directly to your Google account. From here you can add your streaming accounts for added voice control — more on this shortly.

Without a ‘true’ remote, the Google Chromecast benefits from the being controlled simply via your smartphone. Another major bonus is that unlike Apple or Amazon, Google does not discriminate between users. Anyone with a smartphone is capable of controlling the Chromecast.

You simply select the cast button — which is uniform across all OSes and devices making it easy to recognize and manage.

Being able to cast Chrome tabs to your TV is a neat touch that isn’t possible in the same almost ubiquitous way that the Chromecast is. It doesn’t discriminate between devices either, so long as you’re using Google Chrome as your browser.

That means YouTube, Google Slides, Google Play Movies, YouTube Music and Google Play Music work like a charm. Then the world’s most popular TV and movie streamings apps like Netflix, HBO Now/Go, Plex, PlayStation Vue, BBC iPlayer, Spotify, Hulu, Twitch and so many more give you a complete entertainment experience without needing to install anything on your TV or Chromecast itself. 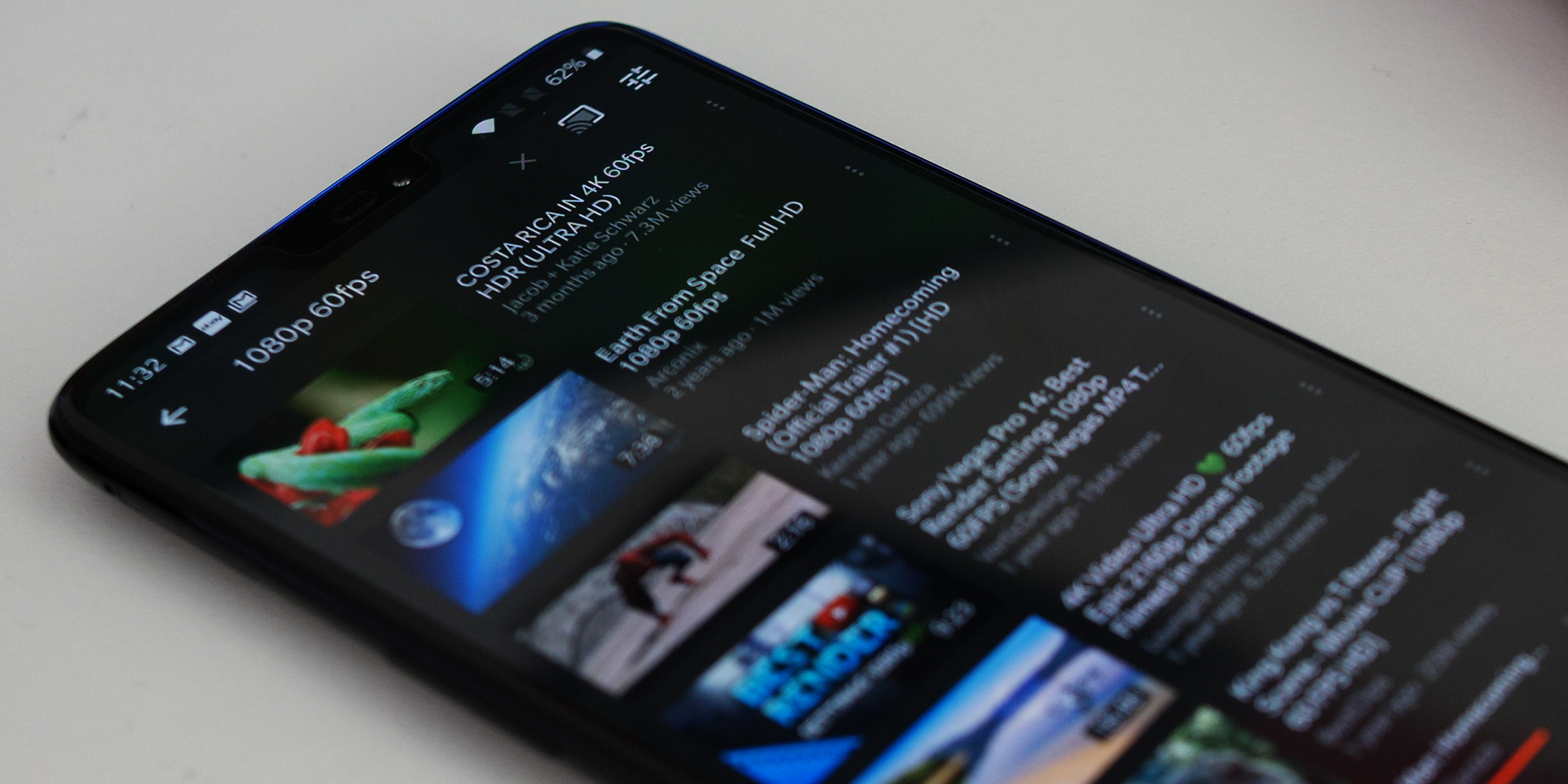 Some might be disappointed that you can’t use Amazon Prime Instant Video, but there is a sort of semi-fix for that which allows you to cast a Chrome tab of your currently playing Amazon content to your TV. It works, but just not as well as native casting would. Clearly, Amazon doesn’t want you to use anything other than their Firestick platform to put their content on your TV.

Audio and video are not the only things you can combine with your Chromecast either, some game developers have added the ability to play games and emulators on your TV with your smartphone doubling as the control pad. This innovation is why the platform has already been so widely adopted and continues to grow year-on-year.

Ask to watch a show on Netflix on your living room TV and Google Assistant will take care of it, sending the most recent episode you were enjoying or hadn’t finished to the display you’ve plugged the device into the back of. In practice, it’s seamless and one of the reasons that a Chromecast device should be at the very core of any Google Home-powered smart home.

As an introduction to the entire Google Home and Google Assistant ecosystem, the Chromecast is a great way to slowly add extra functionality to your household without introducing a confusing ecosystem or extra complication.

Understandably, there are some people that really hate the lack of remote, which I can definitely understand to some extent. Luckily, there are a few exceptional Android TV options that include the functionality of the Chromecast and then add a layer of a set-top box on top. Arguably the best of those options is the Nvidia Shield TV but the Xiaomi Mi Box S is also a solid choice for anyone not wanting the exceptional gaming element.

Amazon and Apple might have a sizable market share in the home streaming hardware stakes but it’s the Google Chromecast that offers the best integration and ease-of-use of all the options on the market today.

Prefer a remote? Get the Nvidia Shield TV or Xiaomi Mi Box S