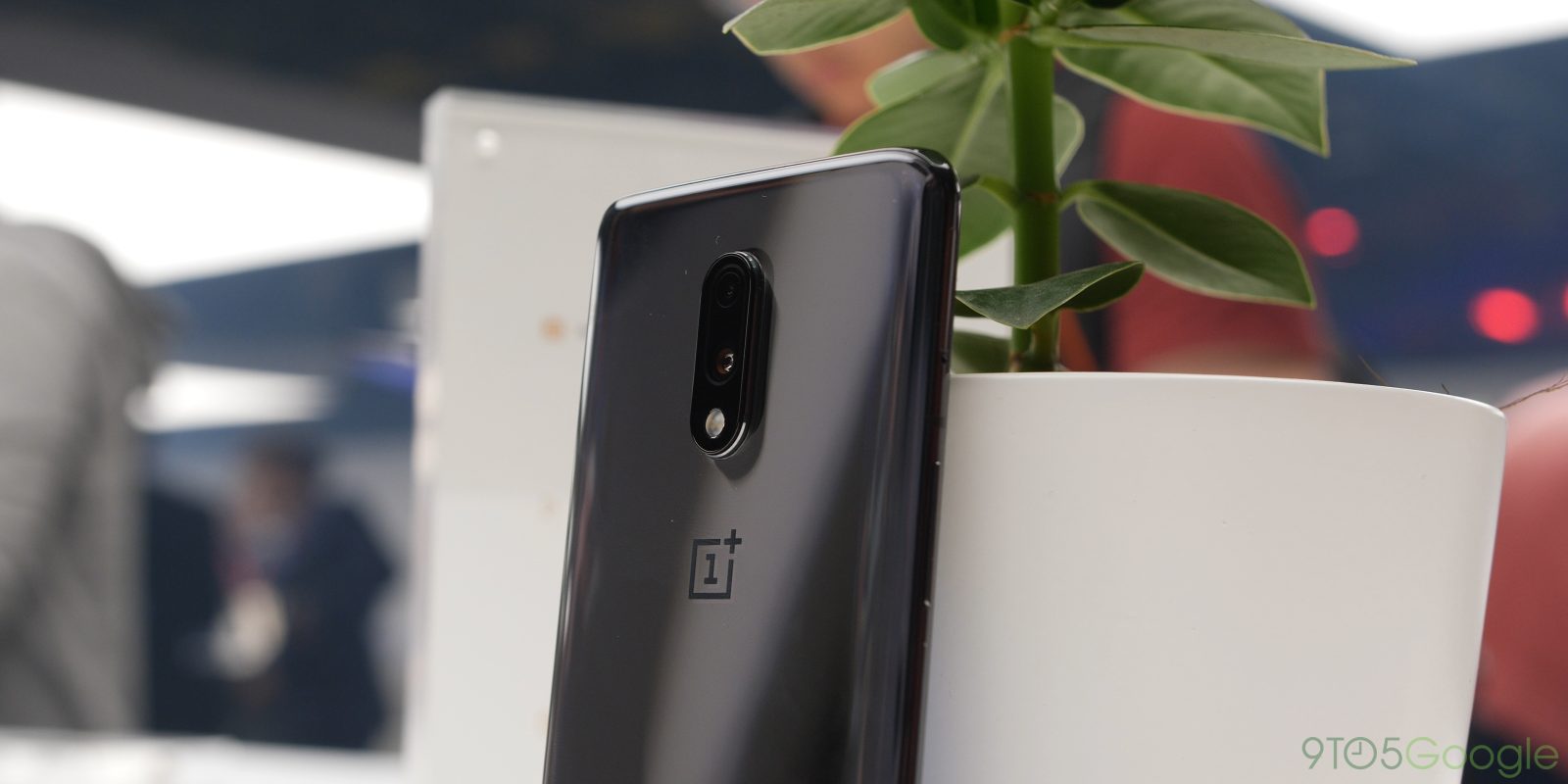 While the OnePlus 7 Pro took center stage, the OnePlus 7 was nowhere to be seen during the US and UK keynotes. And as odd as that seems, it turns out that the incremental upgrade over the OnePlus 6T simply won’t be heading Stateside in the near future — at the very least. To better understand why, we made a beeline to get hands-on with the OnePlus 7 at the UK launch event.

It has been interested to see just how it differentiates itself from the OnePlus 6T, which will remain on sale in the US. This wasn’t publicized too much at the keynote, and with good reason — you’d kind of expect the US to get all the OnePlus models available. It’s just an odd move all around.

Even so, it’s not exactly being pushed too hard in global markets like the UK either. The OnePlus 7 will not be available until at least June 2019. For those wanting to upgrade right now, you may have to hold on a little longer or simply look elsewhere. OnePlus have arguably staggered the release to entice many users over to the Pro model — and that will probably work.

Having had some brief hands-on time with the OnePlus 7; it poses a pretty big problem for some. If you aren’t a fan of the OnePlus 7 Pro, and you still want the updated internals that the OnePlus 7 brings: are you missing out?

A retread, but with extras

At first glance, you could be forgiven for thinking the OnePlus 7 was simply the OnePlus 6T. Initially, I would have agreed wholeheartedly. That said, with a little bit of inspection the 7 has a few core design tweaks to differentiate itself. Although, this is still a very similar suit of protective armor we’ve seen before.

You do get bumped internals, so that means the Snapdragon 845 becomes the 855 and although the RAM options remain in the 6 or 8GB flavors, the addition of UFS 3.0 storage is quite the inclusion. Even though the upgrade on paper doesn’t seem huge, the performance should be exceptional and among the very best on the market. 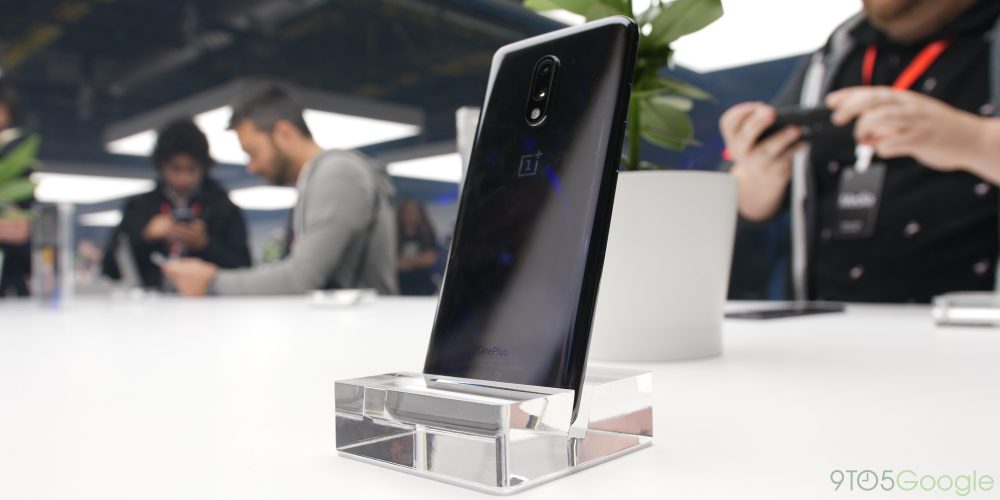 For me, the most notable or recognisable change was the larger earpiece right at the top of the display. I picked up on it right away as soon as I grabbed a handset. I’m sure if you’ve used the 6T for any extended period you might have experienced issues with the small earpiece at the top of the device.

With a case on the phone, I found it easier to hear calls, but overall the almost dot-like shape meant shuffling the earpiece around until I could eventually hear who I was talking to. The new elongated earpiece is a welcome change but it also serves a dual purpose. The OnePlus 7 now finally includes stereo speakers, so the earpiece and bottom-firing speaker now work in tandem to produce a more immersive audio experience.

The Mirror Gray was not a color I was instantly drawn to, but I have grown to prefer it over the Mirror Black option of the 6T. It still isn’t as nice to stare at as the matte black color 6T or even the India and China exclusive Red option though but the tone shift in varying degrees of light is gorgeous up close.

The back panel has also had a slight reshuffle thanks to the improved rear camera setup, and arguably the core reason that some may look to upgrade. OnePlus handsets have never really had top-tier camera systems. I found that while they produced great results, they just didn’t have that ‘wow factor’ like some other systems from rival brands. 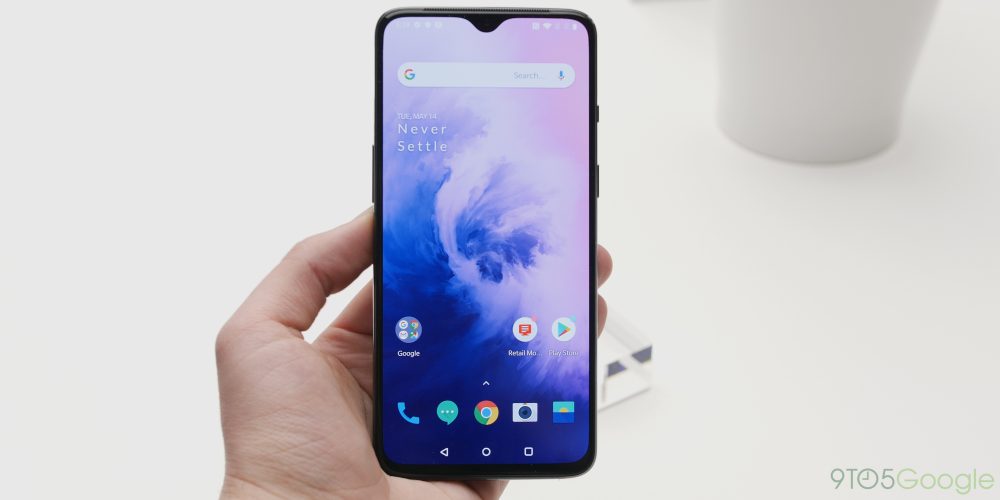 We’re hoping this will change with the 7 as you get the new 48-megapixel Sony IMX 586 sensor which is complemented by the secondary depth sensor — as found on the OnePlus 6T. The impressive 48 down to 12-megapixel shots  (utilizing pixel binning tech) you see on the OnePlus 7 Pro should be plausible here too — although I was unable to really test it during the hands-on session. The module is slightly bigger too, meaning more desk-rocking if you lay the phone flat on a desk quite often.

The display is said to be the exact same as that found on the 6T, but personally, I found it looked a little brighter. The notch is obviously still there and coming from the 7 Pro to this, it catches the eye a lot more when switching but I think that it is still the best of a bad bunch.

We’re hoping the display can manage impressive screen on time figures seen on the 6T last year, as the battery retains the same 3,700mAh size. There is no 30W Warp Charging though but the fast charging is more than enough to bump you up from zero to 50% in less than 40 minutes. 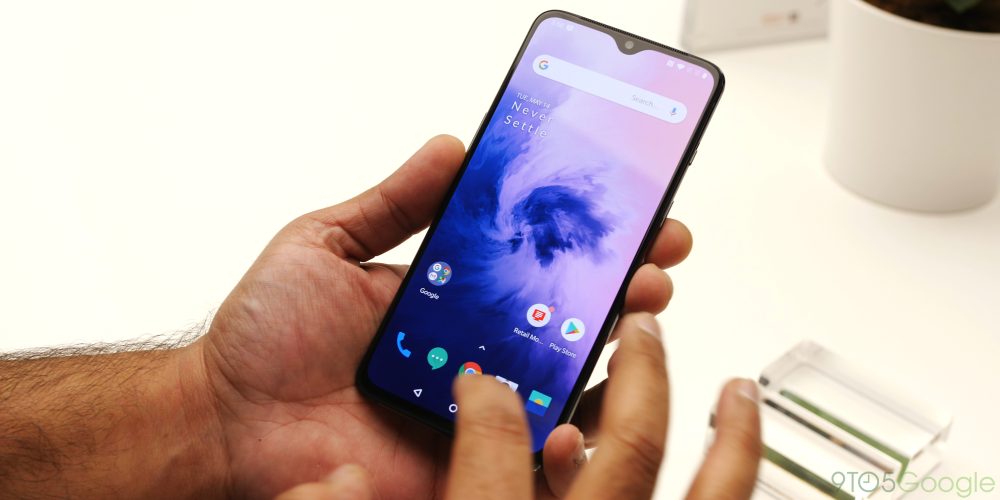 The hardware bump is not immediately noticeable when zipping through menus and general app performance. The UFS 3.0 storage though does help applications load a tad quicker and reduces waiting for apps to be ready for usage. I can’t say it makes a ton of difference save the app loading speed.

OxygenOS 9.5 does add a few neat new tweaks and software additions though. The new Zen Mode makes its way over from the OnePlus 7 Pro, which is really nice. Gamers will be disappointed that the Fnatic mode does not make the jump over to the OnePlus 7 Pro, but the new Gaming mode tweaks do come over.

The software experience has always been pretty top notch on OnePlus devices and I expect the OnePlus 7 will be no different. If you are able to pick the handset up or are picking it up, my advice would be to go for the 8GB RAM version and you’ll have exceptional longevity.

I can’t honestly say outright that the OnePlus 7 is that exciting a phone even despite some pretty nice incremental changes and additions. OnePlus clearly has the Pro model at the very forefront of plans for 2019 and beyond — and rightly so. 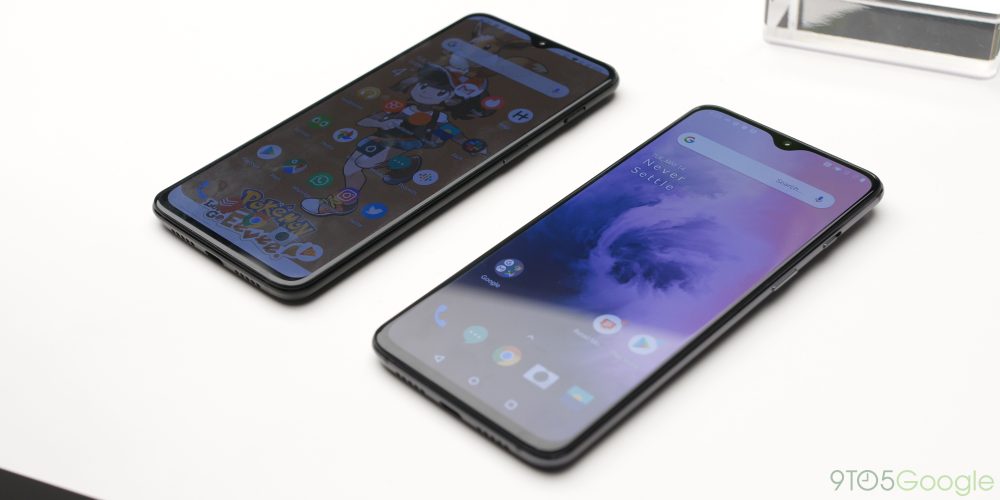 The OnePlus 7 — even after a brief hands-on — feels like it’s a bridge for those with much older hardware like the OnePlus 3 and 3T to a 2019 OnePlus device. The pricing actually is not too bad if you consider the internals. There are very few sub-$550 smartphones that pack with the Snapdragon 855 chipset for a start, plus the camera update is pretty decent.

I’m not going to be too critical though, as we’ve seen Apple pull this kind of iterative update on their iPhone line for years with very little backlash. OnePlus too has been doing this for some time with their own ‘T’ line. For those living in the United States and remain interested in the OnePlus 7, you’re basically missing out on the OnePlus 6TT.