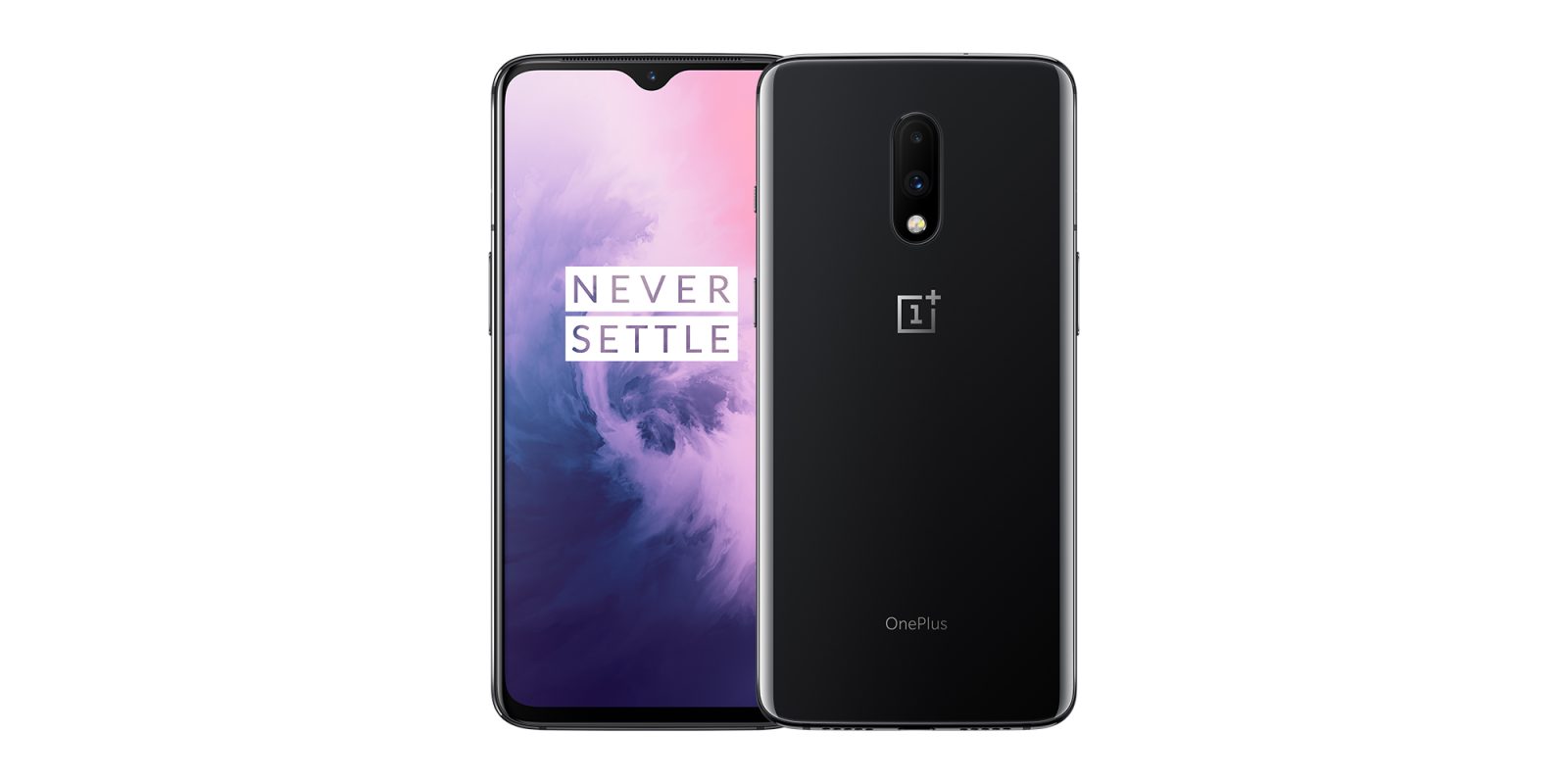 For those looking for an ‘affordable flagship’, look no further than the OnePlus 7. The device was officially unveiled alongside its bigger brother — the OnePlus 7 Pro — at a London launch event today.

The device may have a very familiar look and feel, as it retains much of the design of the OnePlus 6T. That said, the handset includes refreshed internals and a few neat new additions to entice owners of older OnePlus devices such as the OnePlus 3/3T, 5/5T to upgrade.

Inside you’ll find the Snapdragon 855 chipset, 6 or 8GB of RAM, 128 or 256GB of non-expandable storage. That isn’t all, it includes the same UFS 3.0 storage as found on the much larger OnePlus 7 Pro. This should mean blazing fast read and write speeds, therefore resulting in a much smoother experience. The battery weighs in at a solid 3,700mAh — matching the 6T.

The battery can be topped up by the standard fast charger that comes with the OnePlus 7. Warp Charge is might be an upgrade over the now-defunct Dash Charge which was simply rebranded to Fast Charge but it doesn’t come with the 7 unfortunately. That said, the fast charger can still replenish your battery from 0 to 30% in just 15 minutes.

Stereo speakers are also retained, with the bottom-firing speaker working in tandem with the earpiece. This should mean a much better audio experience than found on the OnePlus 6T.

The 6.4-inch notched display retains a FHD+ resolution of 1080 x 2340 pixels but does include in-display fingerprint reader improvements. That should result in faster unlocks and better fingerprint recognition. 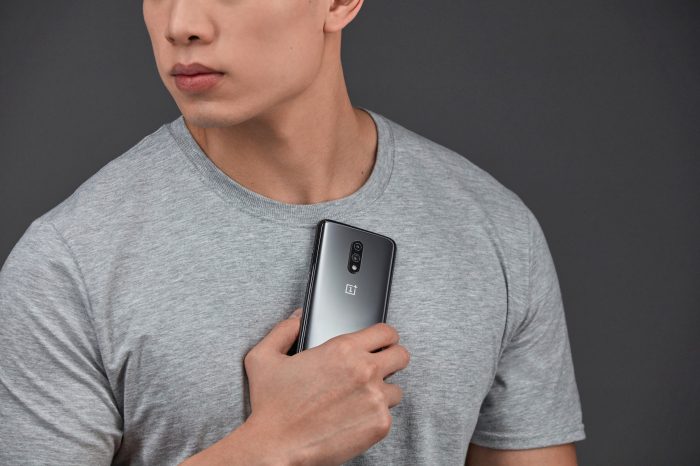 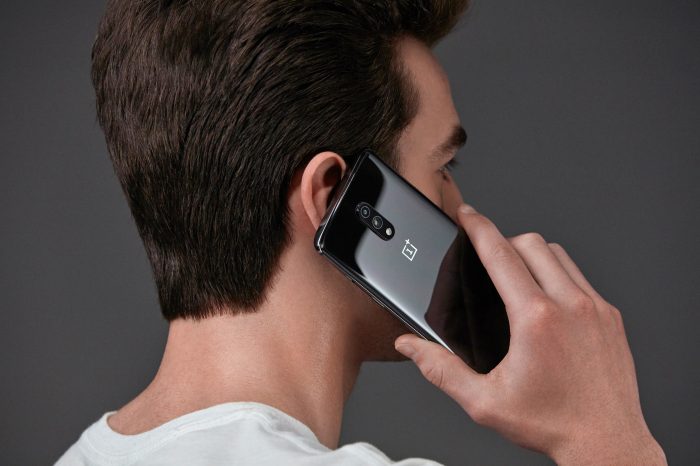 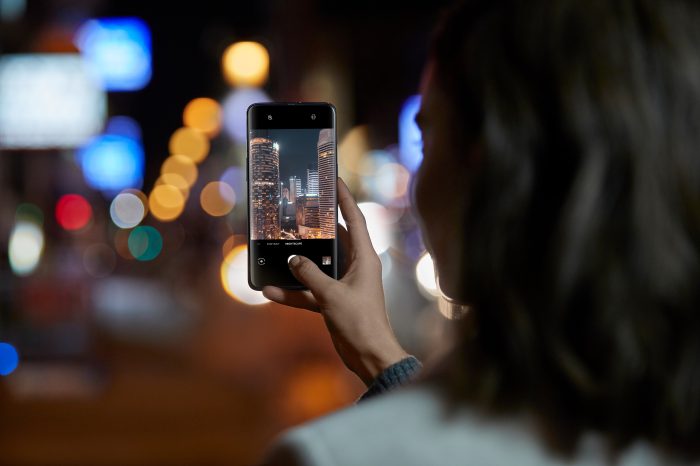 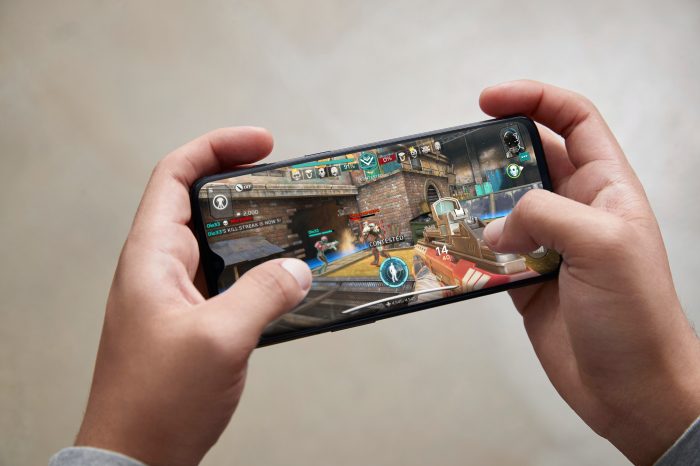 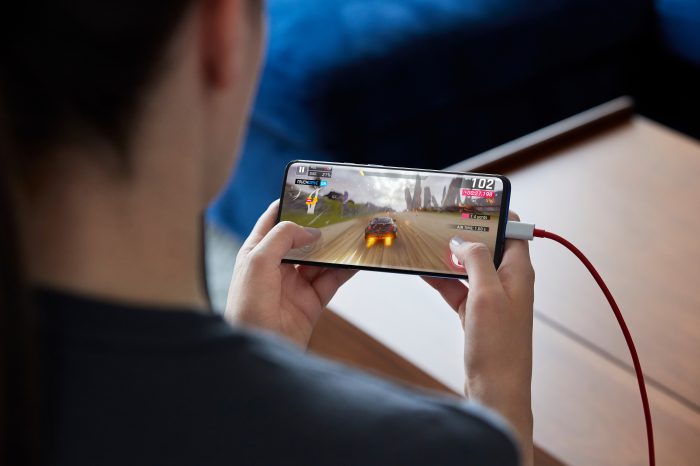 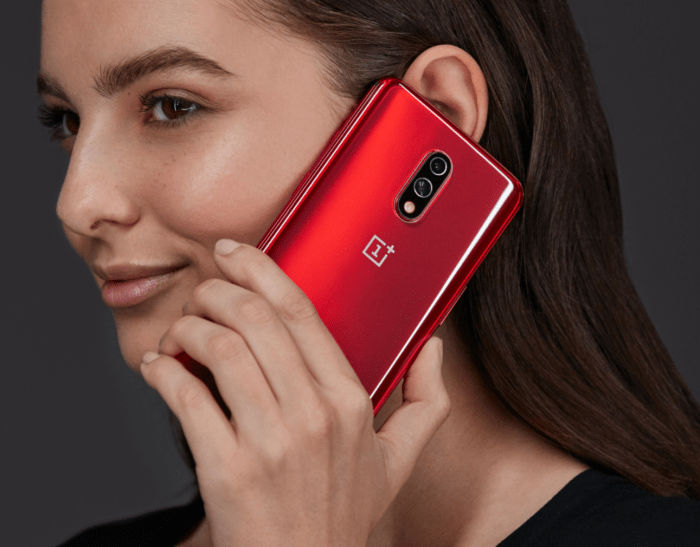 On the software front, the OnePlus 7 will launch with OxygenOS 9.5. The most recent version of the lightweight Android skin will come with the Zen Mode, native screen recording abilities and RAM boost for faster application launching and overall speed benefits.

The camera gets a big step up with a 48-megapixel main sensor at f/1.6 that includes OIS and EIS. The secondary sensor is the same 2x telephoto lens and sensor found on the OnePlus 6T. So no extra zoom features as seen on the 7 Pro.

At the front, the teardrop notch houses the very same 16-megapixel sensor found on the OnePlus 6T too. There is a real sense of familiarity with the OnePlus 7 and it extends to much of the hardware — and software experience.

The OnePlus 7 will initially arrive in Mirror Gray, with a China and India exclusive glossy Red variant also coming soon. Pricing starts at roughly $645 for the 6GB/128GB model based upon the £499 UK pricing when converted into US currency. As for availability, the OnePlus 7 can be purchased from early June at selected retailers globally — but a specific US launch date is not known.