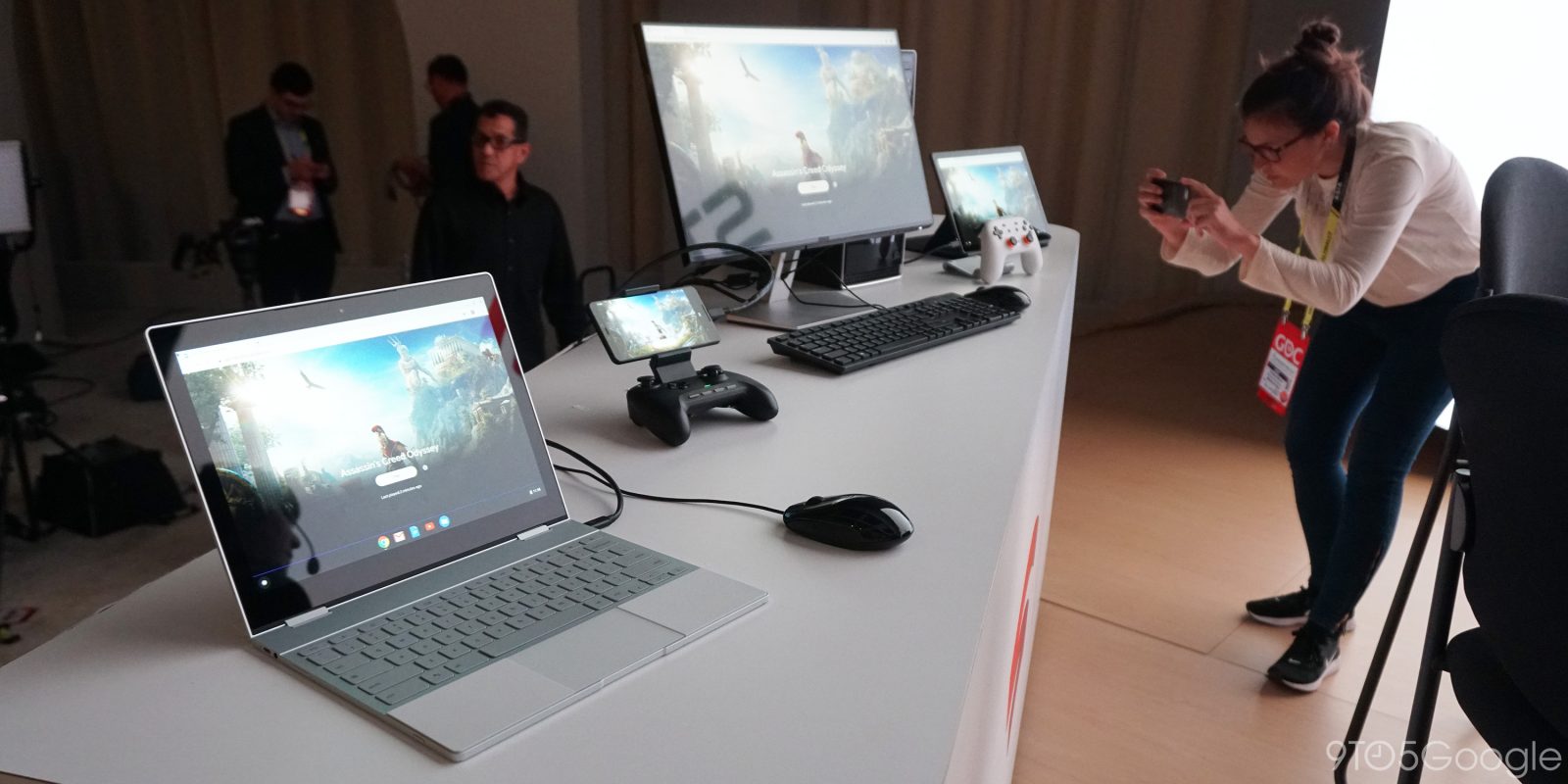 During today’s Stadia Connect event, Google is revealing the answers to the big three questions people have been asking about Stadia—pricing, games, and launch info. We now know that Google Stadia will launch on a variety of devices later this November.

Back at GDC, Google demonstrated that Stadia games would be playable on Chromecasts, Chrome OS devices, and Pixel phones. This built up the hope that Stadia would be available on all of these platforms from day one, and Google has delivered. During the first Stadia Connect, Phil Harrison revealed that their game streaming service would launch on Chromecasts, Chrome OS devices, Pixel phones, and Google Chrome.

Stadia is closely tied with Google Chrome, meaning any device with a Chrome browser can play Stadia games. This includes Chrome OS, Mac, PC, and Linux computers of all kinds. iOS devices likely will not be included in this number, as the Google Chrome browser on iOS is not the same as what’s found on all other versions of Chrome.

Many had hoped that Stadia would have full support for Android phones, but this appears to only be the case for Pixel phones at launch. Instead, while the Stadia app will be available on all Android devices (Marshmallow and above) at launch, only the Pixel 3, Pixel 3 XL, Pixel 3a, and Pixel 3a XL will be able to Stadia games via this app. The Stadia app will be available for all other Android and iOS users for the purposes of setting up Stadia controllers and presumably managing your account.

Harrison also shared that Google’s “vision for Stadia is to run on any screen that runs Chrome,” which could theoretically include non-Pixel Android devices. However, the current Stadia FAQ makes it clear that this will not be the case at launch.

On the Chromecast side of things, Stadia is exclusive to Google’s high-powered Chromecast Ultra devices. This is unfortunate news for owners of standard Chromecasts, including the 3rd Generation Chromecast launched at last year’s Made by Google event.

This article originally stated that Stadia would be available on non-Pixel Android devices at launch via Chrome, but this is inaccurate and has been corrected.