Last month, a Google Store listing briefly referred to Google Home as “Nest Home.” The official Made by Google Twitter account this afternoon used that name again with the “Nest Home Max.”

Made by Google today tweeted about the Google Home’s speaker group capabilities to play music in sync across multiple devices. The Home Max was used as an example with an accompanying graphic, and was identified as the “Nest Home Max” in that social media post. A link takes users to a Store page about the Google ecosystem where the “Google Home Max” name still appears.

Seamless means you can set the mood, then set the table. Sync your Nest Home Max to another Max in your home and enjoy music whether you’re creating in the kitchen or eating on the sofa. goo.gle/2RMsNbX

Update: Similar to last time, the tweet was deleted about an hour after it was posted. 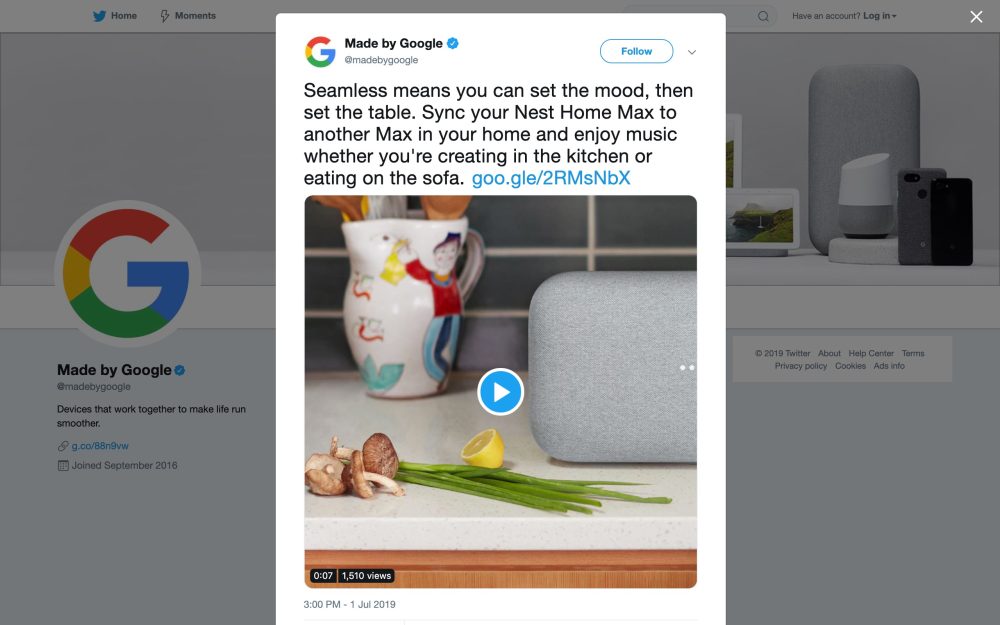 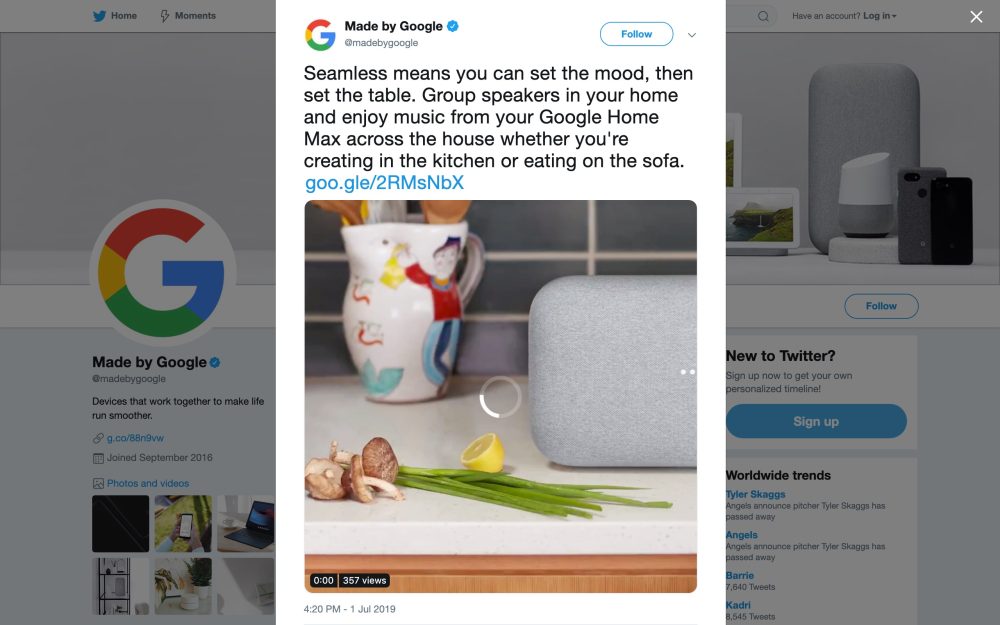 The example last month renamed to the “Base for Google Home” accessory as the “Nest Home Base.” After we reached out to Google for comment, the product listing was changed back, with the company having no branding updates to share at that time.

At I/O 2019, Google confirmed that “Google Nest” branding would eventually come to the first-party smart speaker lineup. However, we assumed that the updated names would be introduced with new audio devices, like the rumored Google Home successor coming later this year.

While the Home Hub was rebranded to the Nest Hub in May, other Home devices did not see a change. The Smart Display was only seven months old versus the Google Home Max introduced in 2017. With the second appearance of “Nest Home” on the Max today, this change could be happening sooner than later.