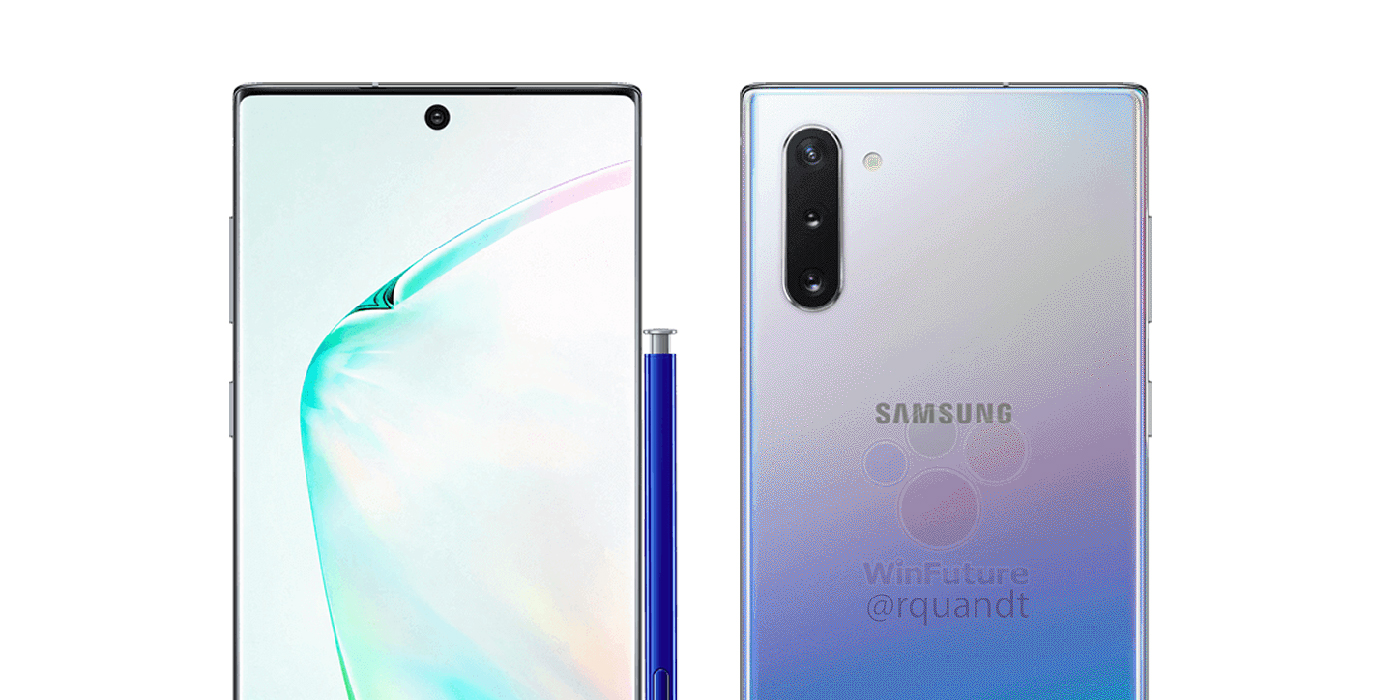 We’re just under a month away from the official debut of the Samsung Galaxy Note 10, and today, a couple of new official-looking renders have hit the web with our first look at Samsung’s latest take on the S-Pen stylus.

Posted by WinFuture, this latest look at the Galaxy Note 10 is easily our best to date. These renders are likely the same ones Samsung will be handing out to the press and using in marketing materials following the August launch of the phone.

The new detailed renders confirm a lot of what was already known about the device. For one, there are slimmer bezels on the top and bottom, as well as a punch-hole display cutout to house the front-facing camera. Unlike the S10, though, that cutout is centered on the display. Further, there’s a triple-camera array on the back, but in a vertical layout on this device. Since this is the “normal” version of the Note 10, though, some of the sensors expected on the “Pro” variant aren’t in place.

These renders also confirm that Samsung is dropping the button on the right-hand side of the device. Presumably, this means Samsung is moving the power button to the left side in place of the Bixby button that’s gotten negative feedback since its introduction on the Galaxy S8. The missing headphone jack is also pretty apparent here.

Beyond that, these renders also show off a new gradient color variant. Apparently, this will be marketed as a “silver” variant, but the colors being used clearly pull in the trendy gradient color we’ve seen from the likes of Huawei lately. Presumably, this is based on the “Prism Silver” color variant for the Galaxy S10 that debuted in some regions this year.

Ishan Agarwal also shared these same renders without watermarks, also showing the side of the device which details how the rear glass curves and the silver color tone of the metal.

Update: Following the renders of the standard Note 10, Agarwal followed up with images of the Galaxy Note 10+. Previously thought to be called the “Pro,” this device adds some extra camera sensors and a larger screen too. From the looks of it, the device is also going to feature the same color variants.