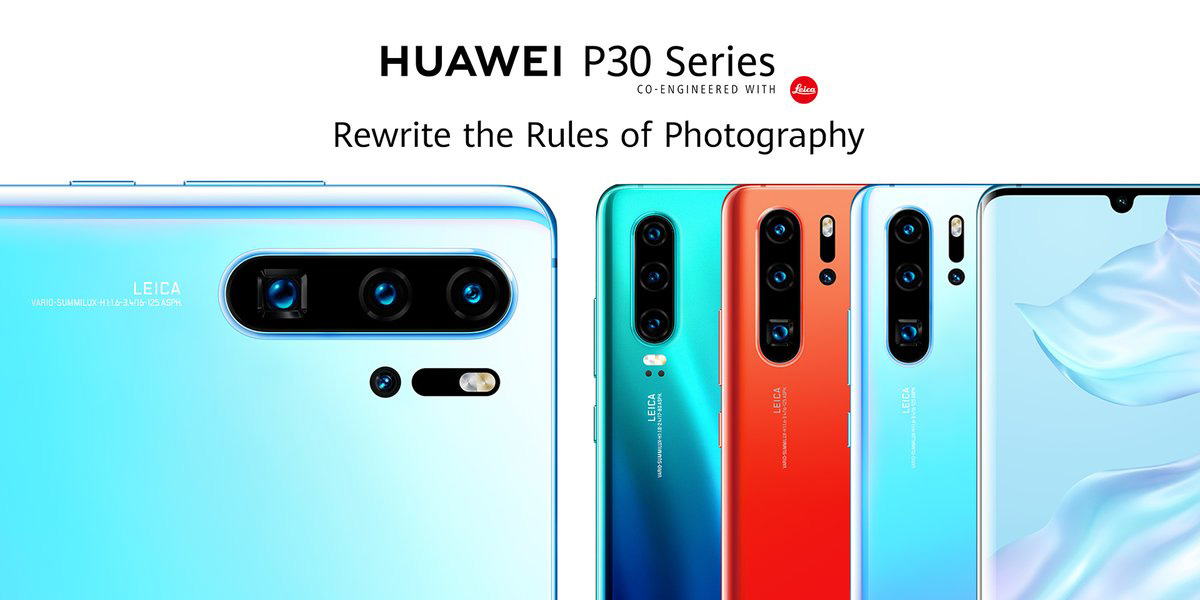 Huawei has officially unveiled the Huawei P30 and Huawei P30 Pro, the handsets are most definitely camera focused as they become the first available smartphones with a 10x lossless hybrid zoom lens.

Beyond the optical prowess, these devices come with some great specs that include Huawei’s own Kirin 980 chipset, 6 or 8GB of RAM and 128GB of base storage that is expandable via Nano memory card. A 512GB model will also be avaiable but only in a solitary color option.

The display actually has no visible earpiece, instead, the Huawei P30 Pro includes an electromagnetic levitation speaker — basically a vibrating portion of the display that acts as the earpiece. The P30 does include a slimline earpiece rather than this display tech.

The battery capacity measures in at a mammoth 4,200mAh capacity on the Huawei P30 Pro. Will it best the undoubted battery king, the Mate 20 Pro? We’ll see, but that slightly lower res display will no doubt help battery longevity.

Meanwhile, the 6.1-inch P30 has a slightly smaller battery due to the decreased size. Its capacity measures in at a still impressive 3,650mAh. Both include the now standard Huawei Supercharge tech. This 40W in the box charger can take you from 0 to 70% battery capacity in just 30 minutes.

The P30 series will also include the neat but slightly gimmicky reverse wireless charging feature too, should you want to charge multiple devices at once or impress your friends.

Software comes in the Android Pie flavor but with the oft-maligned MIUI skin atop — this time the 9.1 version to be precise.

Of course, the P30 and P30 Pro do have some core differences beyond just size. The standard P30 comes with a headphone port, whereas the P30 Pro does not. It also has three rear-facing cameras rather than the four found on the P30 Pro.

That means the lesser model will, unfortunately, miss out on that 10x lossless zoom, but it should definitely stack up against the very best of Android even without this insane feature.

Camera specs for the P30 Pro offer plenty of creative options for the budding photographer or videographer. The specs include a 40-megapixel main sensor at f/1.6 with OIS, a 20-megapixel 16mm ultra-wide angle lens at f/2.2, an 8-megapixel 5x periscope lens at f/3.4 and a Time of Flight sensor that helps improve depth sensing for better bokeh effects.

Naturally the standard Huawei P30 is not quite as stacked but still includes impressive camera tech. You get that 40-megapixel main sensor but at f/1.8, a 16-megapixel ultra wide angle lens at f/2.2 and an 8-megapixel 3x telephoto zoom lens.

Both handsets include a brand new type of camera sensor. Instead of the usual RGB sensors found in almost every device on the market, Huawei has developed a brand new RYYB sensor that is said to improve light absorption by almost 40%. This allows for even greater low-light shots.

To back that increase sensitivity claim up, the ISO levels that the P30 Pro is able to capture now supercedes anything we’ve seen before. You can up the ISO to 409,600 on the P30 Pro or 204,800 on the P30. Much higher than anything seen on a mobile handset before.

As for the front-facing shooter, that measures in at an impressive 32-megapixels but doesn’t include any of the 3D-sensor tech found in the now six-month-old Mate 20 Pro.

Both handsets will be released on April 6 priced at €999 in Europe for the 128GB Pro and €1249 for the 512GB model. As is customary at this point, US availability is not official but if you are willing to put up with almost zero support and some potential carrier issues, then importing may be a potential avenue to head down. The Huawei P30 runs €799.

What are you’re thoughts on the P30 line? If it is available in your region or you live in the United States are you hoping to upgrade or at least take a closer look? Let us know in the comments section below.