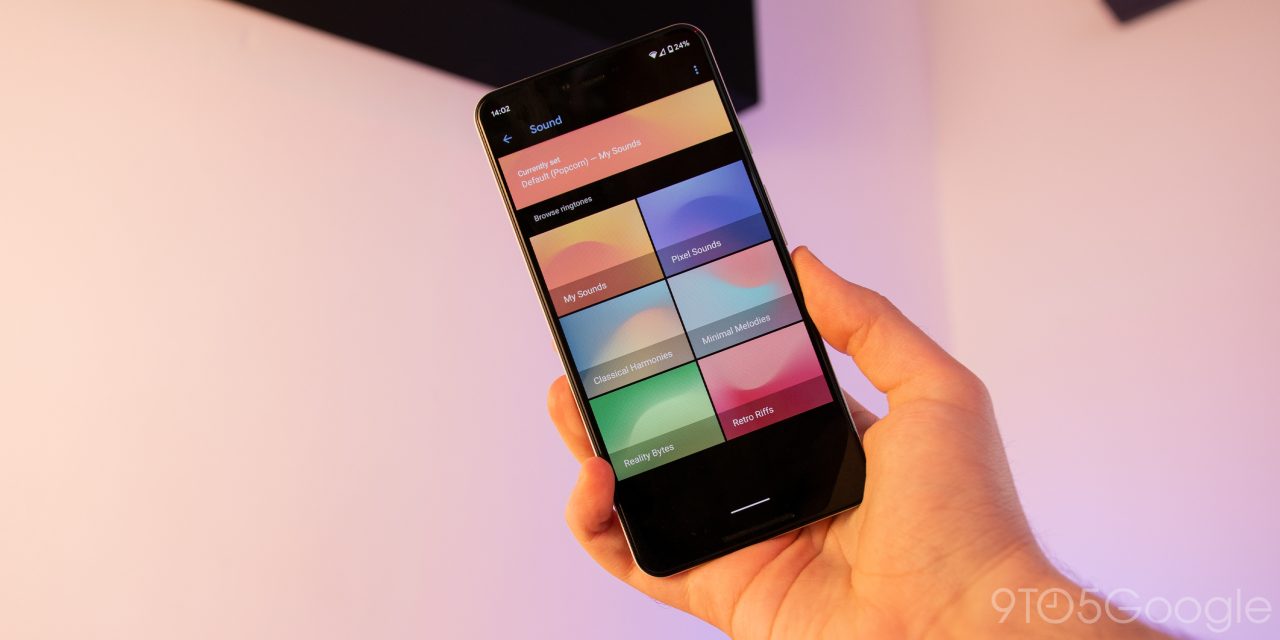 If you haven’t already heard or tried Google Sounds, it’s likely because the app isn’t officially available on the Google Play Store. The ringtone and notification tone manager is technically exclusive to Pixel devices, and now it has a nice dark mode to fit the full Android Q dark theme.

Google Sounds works in a similar way to Google Wallpapers: It replaces the inbuilt notification picker and jazzes it up a little with sections and a more visual approach. It has now received an update to version 2.1 (via Android Police) that adds a dark mode, and now gives you the ability to add your own ringtones to the app.

The dark mode itself is pretty nice: It is a pure black color rather than the dark gray we are seeing in some Google apps like Keep and Fit. Not exactly brilliant for consistency, but it’s not too big a deal, considering you likely won’t use Google Sounds on a regular basis — unless you change your ringtone pretty regularly.

To add your own ringtone and notification tones to Google Sounds, you can head to the “My Sounds” section and then press the floating “plus” icon to add them to the Google Sounds interface. Previously you had to copy and paste any downloaded tones into the ringtone folder on your device to get them to appear, but this is much easier.

I will say that sometimes this doesn’t appear to work, especially when trying to add multiple tones at a time. I have noticed tones that sound the same but appear with different names. Rebooting does not appear to fix the issue.

For those that want to give it a whirl, you can sideload it on Android Pie, but if you have the latest Q Betas installed, the Google Sounds dark mode will automatically be applied as per the system theme. AP notes that you may be able to see the dark mode when battery saver is enabled in Android Pie.