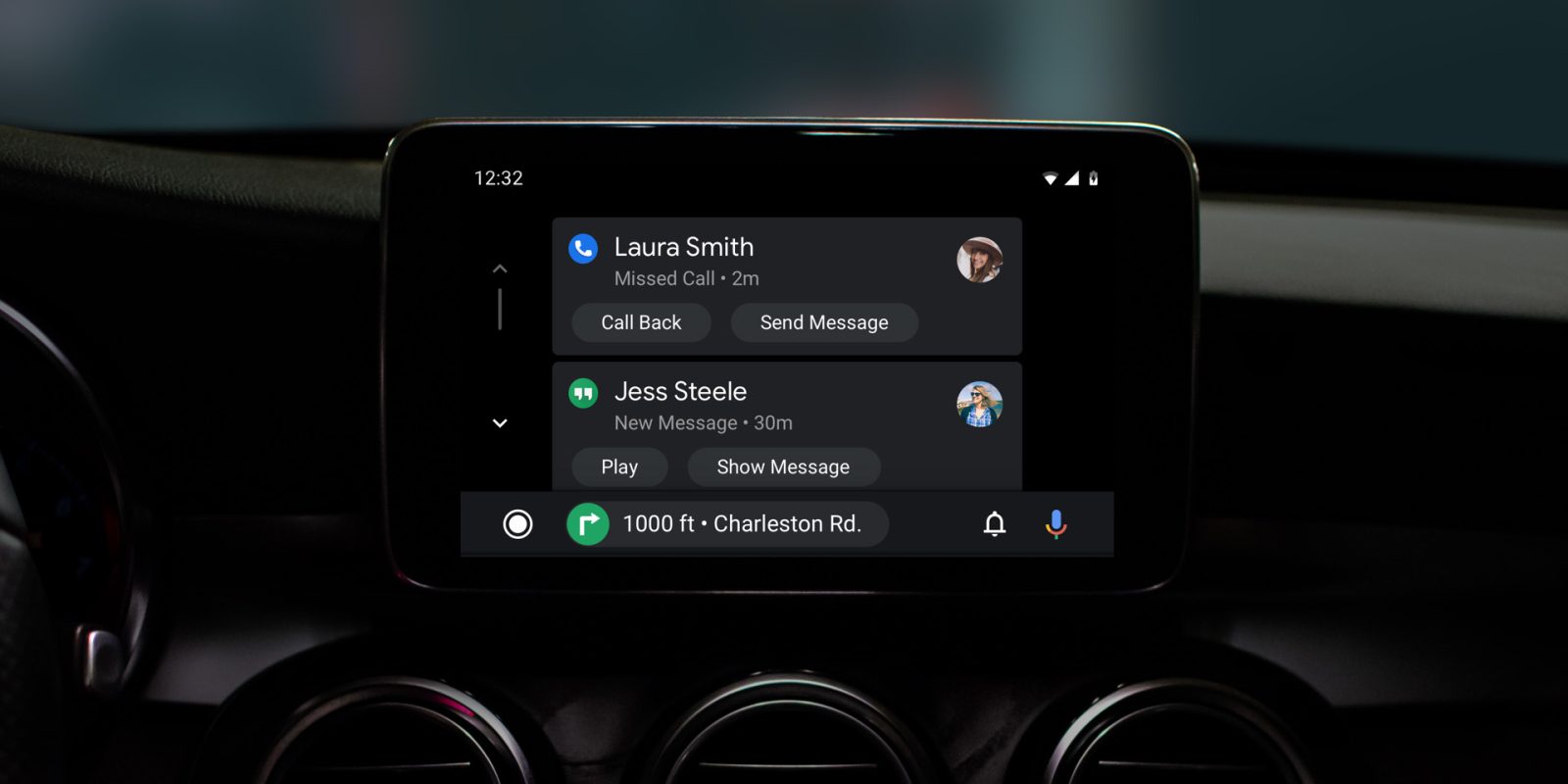 Android Auto is slated to get a big redesign this summer. Shown off before I/O 2019, the new look accidentally rolled out in June. The dark theme revamp of Android Auto appears to be live again today for some.

A handful of Reddit users (via Android Police) have reported receiving the Android Auto revamp with version 4.5.5928. Many others with the same update haven’t, but the companion app has added a “Try the new Android Auto” toggle in settings for some.

For car screen only. Update now or wait for automatic update, coming soon.

The first part of the preference description refers to how Android Auto on phones is being replaced with Assistant Driving Mode that is visually different to the current phone and upcoming car experience. After one report late last month of a user receiving the refresh, Google said the Android Auto revamp wasn’t live. That could be the case again as a server-side component is clearly required. 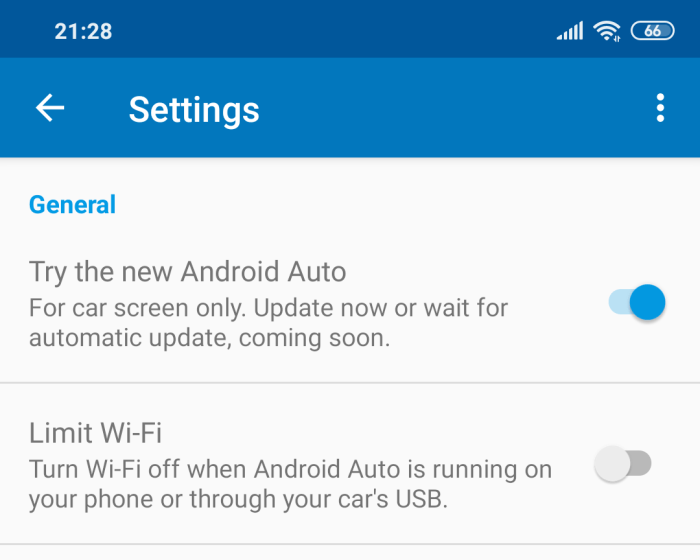 One of the biggest improvements is a dark theme with colorful accents. There is a new launcher with recents up top, and all other applications below in a grid. The Android Auto revamp also features a new navigation bar with home button at the very left. Depending on the context, media controls, directions, or incoming call buttons follow.

Next/previous controls for songs can be swapped out with forward/rewind in the case of podcasts, while play/pause is at the center. A shortcut at the left allows you to jump into the app to browse media. When navigating, turn-by-turn directions appear with distance remaining and street name.

Rounding out the nav bar is an Assistant microphone for voice commands and a bell icon. The latter opens a notification center that lists past calls and messages. Meanwhile, big alerts pop-up from the top with buttons to take immediate action.