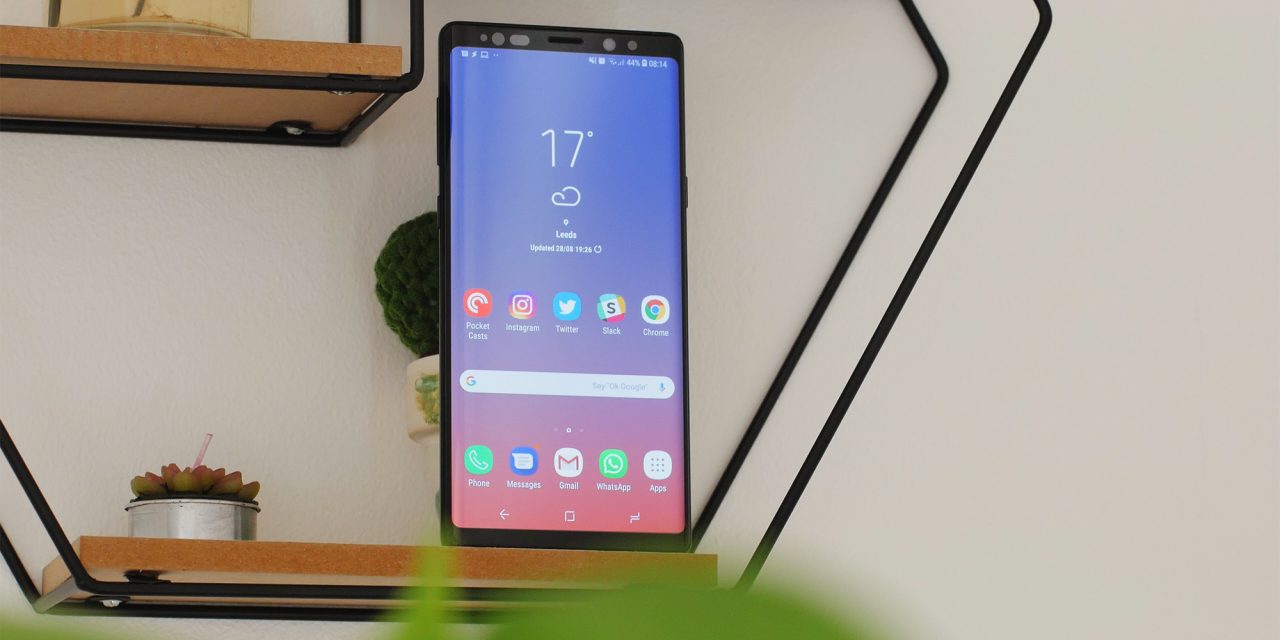 Arguably one of the best value Samsung smartphones at this point in 2019, the Galaxy Note 9 is a beast of a device that has improved even more so since Android Pie arrived. Now the dedicated camera Night Mode is rolling out to Galaxy Note 9 users.

The update also brings with it the June 2019 security patch and some extra camera abilities including Bixby QR code scanning. This mimics the update we saw for the Samsung Galaxy S9 and S9+ last week, which added support for the Night Mode but is finally welcome on Note 9 devices (via SamMobile).

[Update 08/13]: If you’re a T-Mobile Note 9 owner in the US, expect to see the dedicated Night Mode patch rollout to your device very soon. Firmware version N960USQU2CSGA is heading out right now with the Night Mode and the July 2019 security patch (via SamMobile).

The update also includes the QR code scanner directly within the stock camera app too, just point at a QR code and you’re good to go. At just over 880MB, this is also a substantial update, so be sure to be connected to Wi-Fi to avoid any nasty data charges.

[Update 08/05]: The Night Mode and QR code scanner are now rolling out to the Verizon Galaxy Note 9. That makes Verizon the first carrier to add the update in the US. Firmware version N960USQU2CSGA began heading out late last week, initially adding the July 2019 patch.

SamMobile notes that the update adds the much-anticipated dedicated Night Mode and QR code scanner. The QR codes scanner is now built directly into the camera app, meaning you don’t need to use Bixby vision at all now. All you need to do it point your camera at a QR code with the app open and scan. 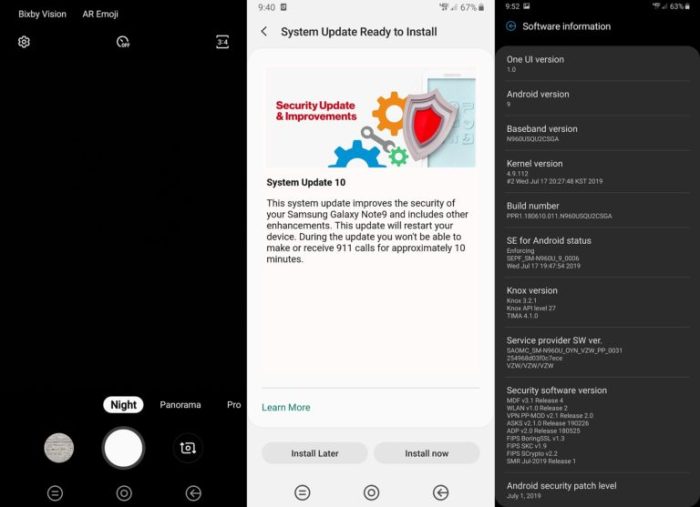 [Update 07/02]: While the release is not new, some features have been unearthed by the guys over at SamMobile, who report that the S10’s formerly exclusive Live Focus features have been ported over the Galaxy S9 and Note 9 with the latest update.

You now should have four effects to choose from: Blur, Spin, Zoom and Color Point. There allow you to adjust the background faux-bokeh added with the depth altering Live Focus effect within the camera app. Although they mimic the S10, due to the processing power required, you can’t add these in real-time. Instead, you can add the Live Focus effects after taking a photo and then hitting the ‘Change background effect’ option. 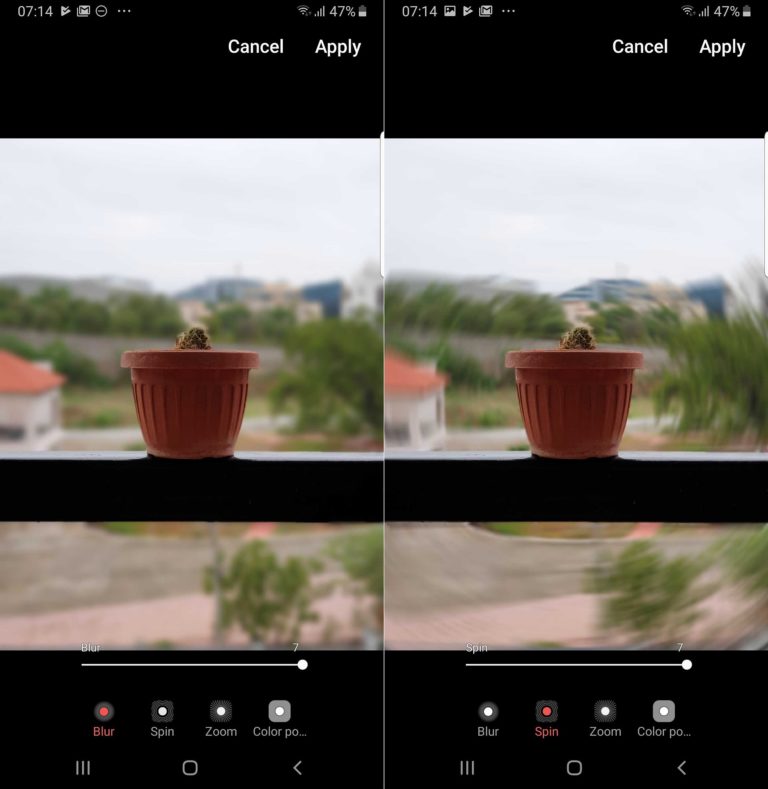 Users in Germany have begun seeing firmware version N960FXXU3CSF9 roll out to devices, with the update weighing in at a sizeable 704MB. We expect the update to roll out globally over the coming weeks, although it often takes Samsung a little longer to provide updates for Snapdragon models than it does to Exynos versions.

It’s also worth pointing out that the Note 9 also has a few other general camera improvements alongside the Night mode addition. The update has yet to reach my own unlocked European Note 9 model, so I can’t comment if these improvements are immediately noticeable.