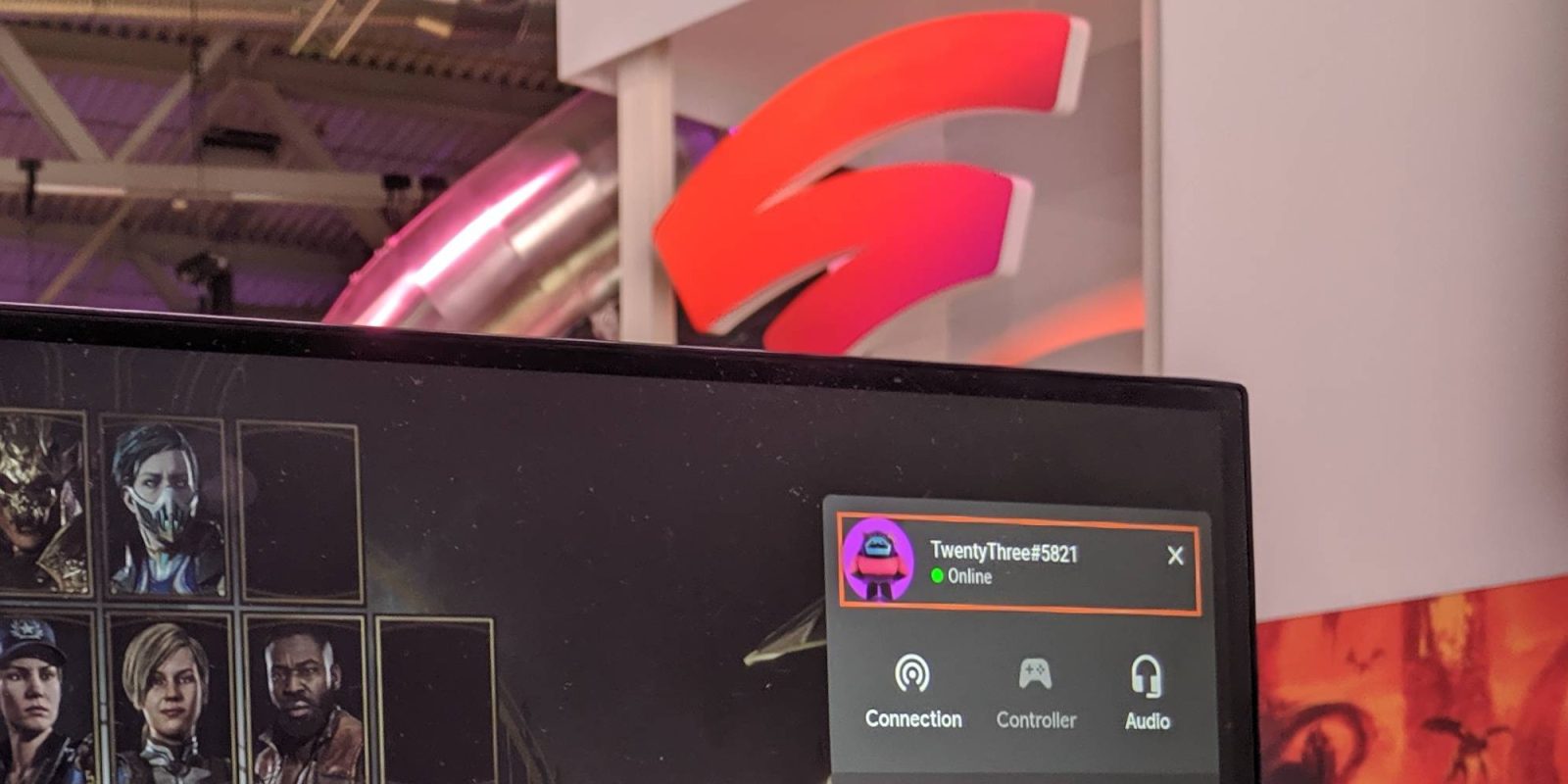 The public is flooding Gamescom in Germany this week, and after a decent showing from Google at the second Stadia Connect event, they’re also on-site to offer hands-on time with the new service. The Stadia hands-on experience at Gamescom has revealed our first real look at Google Stadia UI, showing a sleek friends list view.

We knew going into Monday’s Stadia Connect event that the focus would be on the games. To that end, we got confirmation of seven new games, including Cyberpunk 2077 and Stadia exclusive Orcs Must Die 3.

Despite the excitement of new games, many were disappointed that we didn’t get even the briefest of glimpses at Google Stadia’s UI. We knew that this would be the case though because in a recent Reddit AMA it was stated we would see Stadia’s UI at launch.

Thankfully, the story doesn’t end there, as brave Redditor S3basuchian went a little outside the boundaries of the Google Stadia hands-on demos at Gamescom to reveal the service’s UI. By pressing the controller’s Stadia button, a menu appears, offering your friends list and a few quick settings. 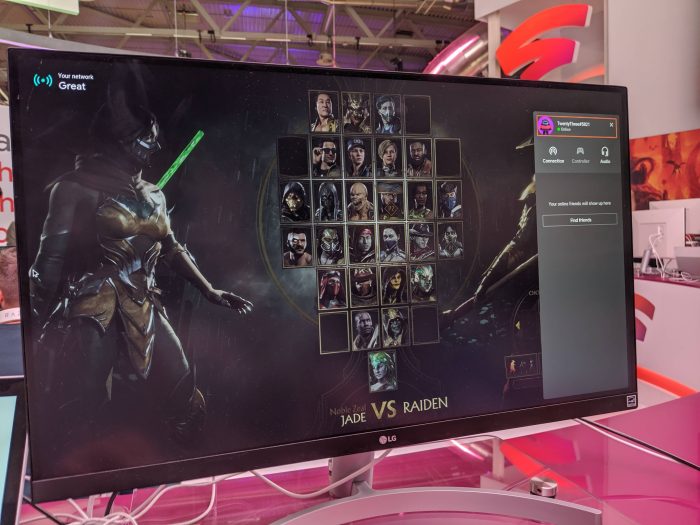 The first thing that jumps out about this Stadia UI is, of course, the wise choice to use a dark theme, as opposed to Google’s tendency toward the color white. At the top, we see info about the current user, highlighted in orange. This orange border is most likely used to indicate what you currently have selected.

Taking a closer look at the user profile, we see a bizarre avatar that looks vaguely like the Pringles mascot. More importantly, we see a username, “TwentyThree#5821.” This format — a nickname, a pound symbol (#), and a number — should be familiar to anyone who has a Battle.net or Discord account.

We already had a decent guess that this would be the format for Stadia usernames, but it should be noted that those who purchase the Founders Kit will have a chance to snag a username without any numbers.

Below the username, we see the word “Online.” Normally, this UI would be nothing unusual, but Google Stadia is an always-online service. This should point to being able to manually set whether or not you appear online to your friends.

Continuing downward along the Google Stadia UI, we find what looks like three different quick settings options for “Connection,” “Controller,” and “Audio.” What, specifically, we’ll find within each of these, we can only speculate. The rest of the fairly tall UI is dedicated to a friends list view. Unfortunately, “TwentyThree” didn’t have any friends, so we don’t yet know how this list will look until Stadia launches.

Pressing the Stadia button also triggers a small piece of UI in the top-left corner of the screen, which gives you a quick reference for how good or bad Google thinks your network connection is, currently.

Keep in mind with this photo that we’re still three months away from Stadia’s November launch, which means Google may not have finalized the UI yet. That being said, from this early preview, Google seems to have a fairly straightforward UI design language in place for Stadia that should feel familiar to console gamers. Hopefully, the sleek dark theme will also carry over to the Android and iOS apps.

What do you think of the Google Stadia UI from what we’ve seen so far? Let us know in the comments.