We’ve had months of waiting and fleeting glimpses of the Play Store Google Material Theme redesign only to have Google slap it on all Android phones over the past 48 hours.

Considering this is the first major change to the look and feel of the Google Play Store in some time, this is a pretty big deal all things considered. If you download a lot of apps, games, movies or books, then this will affect you — unless you’ve had the update for a while already!

Google announced the update officially and confirmed that it should be available globally as of right now. It doesn’t just include a pretty big overall visual change, it has been designed to make the entire Play Store browsing and buying experience easier and smoother.

Let’s see what has changed.

So the biggest change with the Play Store Material Theme redesign is, of course, the interface. Every corner, nook, and cranny has had a lick of paint to ensure that the app, game, and movie marketplace fits with all of Google’s other apps and services.

It instantly feels similar to the recent Gmail Material redesign in the sense that it is cut-back and aesthetically basic. That means that core information is present without any extra unnecessary bulk or over-designed portions. 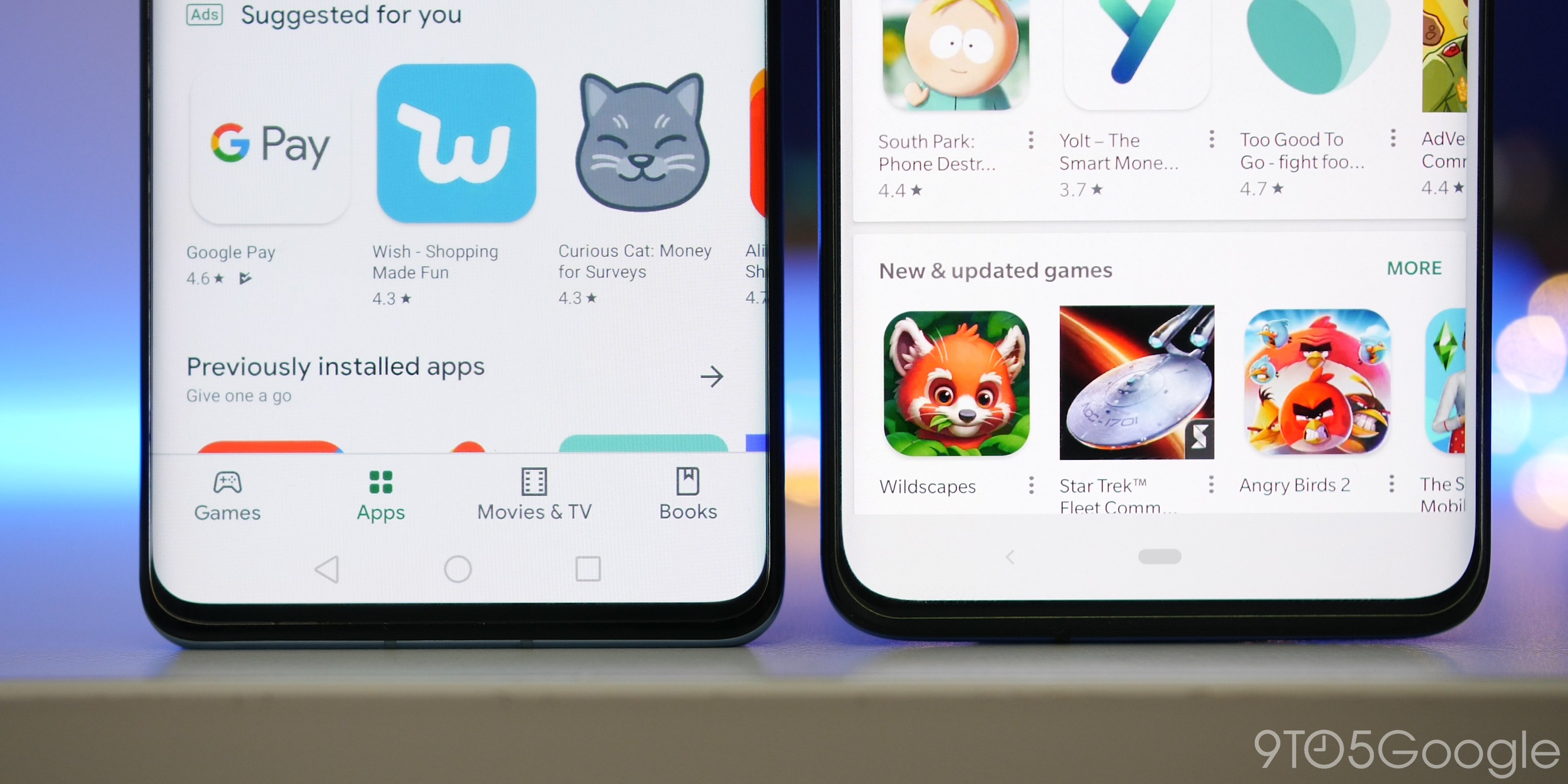 There is now a bottom navbar that allows you to quickly switch between store sections. When you launch into the Play Store for the first time in a while, you’ll be taken to the Apps section, but you can quickly tap to enter Games, Movies & TV, and Books. It makes it much easier to reach these section on larger displays. On tablets and Chrome OS, that new navbar is found within the left navigation pane.

When you open the side hamburger menu, it retains the same layout and feel. That said, there is now a new section called ‘Browse music’. This takes you directly to the Music section and wasn’t present on the old version of the Play Store.

By organizing the Play Store with distinct Games and Apps sections, it makes it much easier to sift through and find what you’re looking for too. Google has said that this is also so they can serve the right content to the right people, which we can agree with wholeheartedly.

The older top navbar, therefore, has had a reshuffle as part of the Play Store Material Theme redesign. Part of that redesign even extends to the ‘Editor’s Choice’ section, which is now much more consistent with the rest of the Material Play Store experience.

Click through to an app or game and the experience is much more catered to getting you to download. The page is cut down and you’re greeted with a much larger ‘install’ button. When you do choose to install an app, the new dedicated ‘cancel’ button also makes it much easier to stop downloading than previously with the download progress bar.

Core information such as the number of downloads and app rating are also more prominent but smaller in size. All of the important information is pushed further up into your eye line, meaning you don’t need to scroll to get core information about an app or game. It is familiar enough that the core experience is more or less the same though.

Google now requires a more uniform squircle shape for app icons, which although very Apple-like, does make them stand out more within the simplified interface. 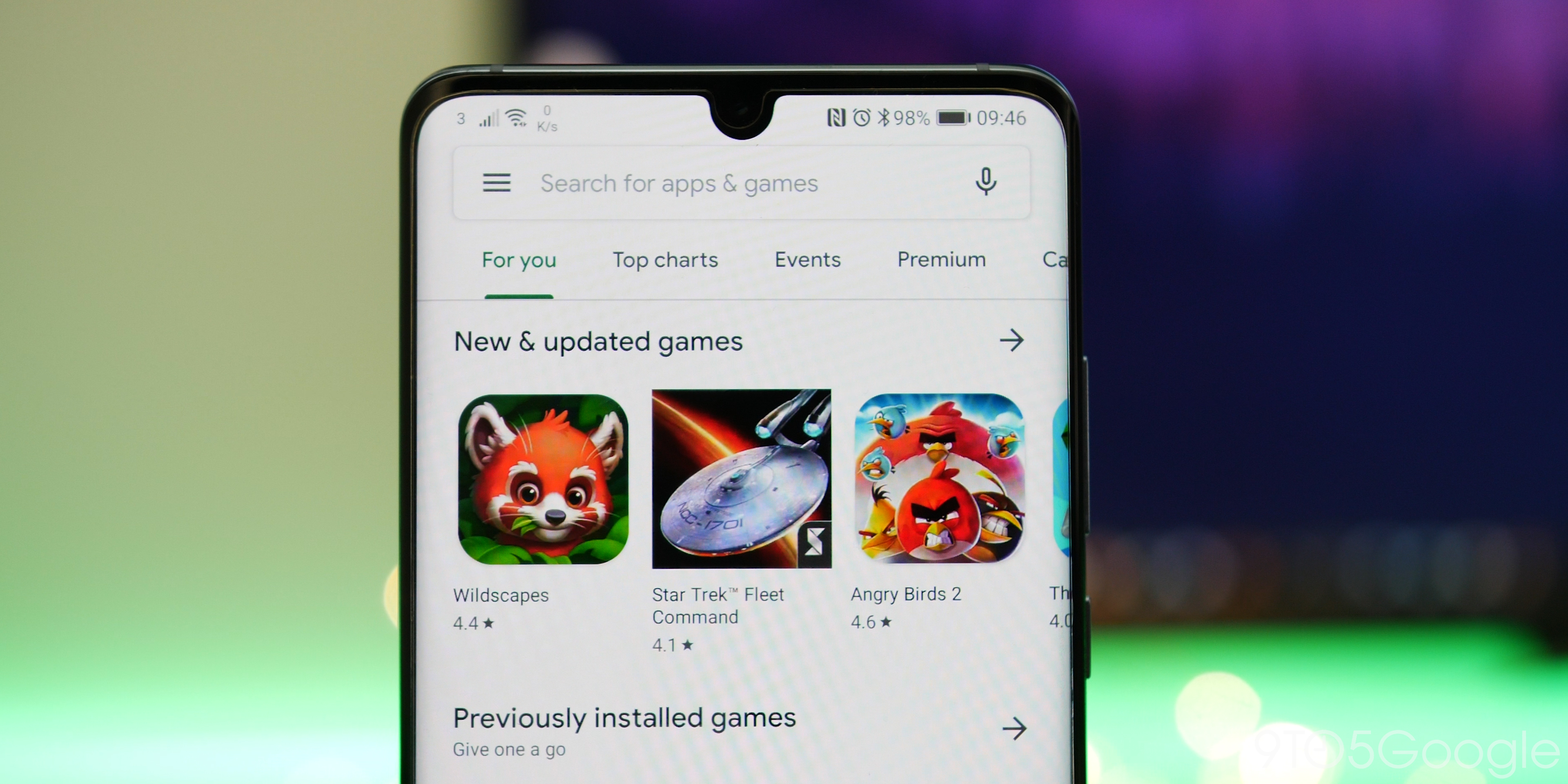 Overall this Material refresh is a pretty major departure from the older, more blocky feeling design and theme of the Google Play Store. The reshuffle should really help you separate app and game browsing that much better, while the new navbar is much less frustrating than the old floating widget at the top of the page.

There is no dark mode at present, although surely we’ll see an updated dark-themed Play Store once Android Q releases in the coming weeks. That said, the overhaul is much needed to maintain pace with the rest of the official Google app stable.

What do you think of the Play Store now that it has finally begun rolling out globally? Do you love it or hate it? Let us know in the comments section below.