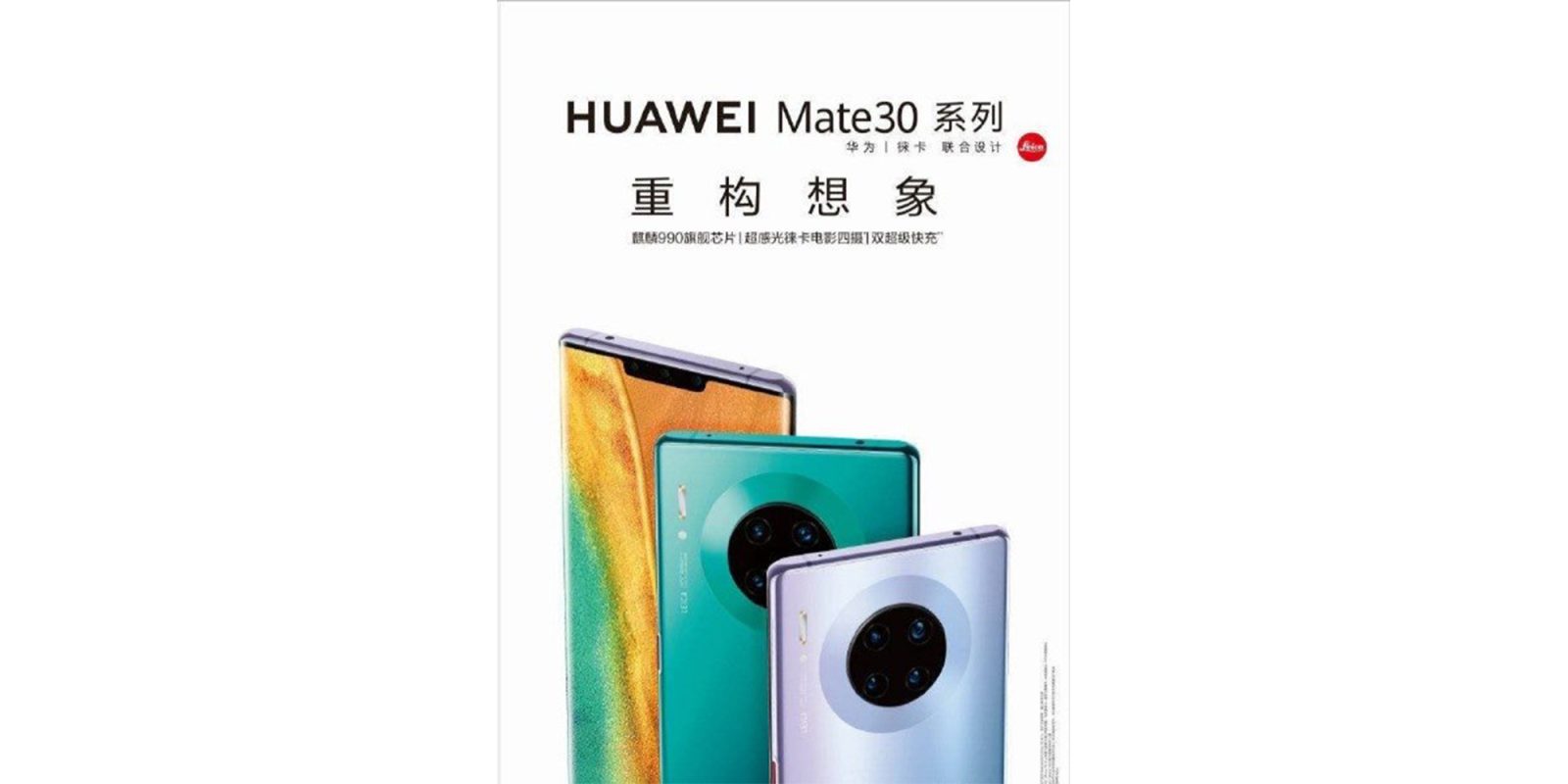 A series of sketchy Mate 30 Pro promotional images have leaked and seemingly confirm the upcoming circular rear camera module, the return of the display notch, and the Kirin 990 chipset.

The leaked image also shows a couple of the upcoming Mate 30 Pro colors and comes from teenage leaker Ishan Agarwal who shared the official-looking design of the upcoming flagship. While the image did originally look to have been photoshopped, the promo image has since been shared by fellow leaker @IceUniverse and further fuels the validity of this leak.

We could see a new lilac color with the green returning to the 2019 flagship Huawei phone. It’s unclear if we will see some further color options like the two-tone Breathing Crystal seen on the P30 Pro earlier this year.

Flat edges are also visible, which were added first to the Huawei P30 Pro, giving the edges a much more comfortable feel when held in landscape. This could also help make photo and video-taking by giving you a little more grip — thanks to these extra edges.

If this really is the Huawei Mate30/Mate30 Pro, it looks amazing. So excited for this phone. The notch is 100% acceptable for me if it has 3D Face Recognition like last time. I'm sure the launch is on 19th September so its not very far away! #HuaweiMate30Pro
Source: Weibo pic.twitter.com/hN8KJ9EquN

As for the circular camera module, it looks to have a textured fascia surrounding it for a much more striking look — and potentially feel. Previous leaks courtesy of @IceUniverse have given us a look at the potential camera sensor improvements that could see the Mate 30 Pro blow away the camera competition at the tail end of 2019.

The display looks set to retain the notch but it does appear to have been cut down in size somewhat. That does point to the return of 3D face-scanning tech for secure unlocks on the Mate 30 Pro.

This promo image leak also confirms that the Mate 30 Pro will come packing in the upcoming Kirin 990 chipset. This has already been teased and confirmed by several Huawei staffers, so to see it on these reasonably legit-looking promo images is yet further confirmation of the new chipset.

If release date and unveiling info are to be believed, we’ll get to see the upcoming Mate 30 series on September 19 — so not much longer to wait to see just how these promo images stack up.