This week YouTube TV seems to be testing out some new updates with a set of users. Apparently, there’s an updated UI for the guide as well as a new autoplay feature coming to YouTube TV.

First spotted by some Reddit users, it appears that a new UI is rolling out for YouTube TV’s guide. The channel guide is a core part of the interface, and this redesign seems to go for a blockier design that has more definitive splits between the various portions of the interface. All of the typical UI elements are still in place including network names and logos, content previews, and times. Notably, this change also takes up the entire display as seen in the image below.

The more interesting change, though, is a new autoplay feature for YouTube TV. This feature starts playing recommending content as soon as the app is opened, much like a traditional cable box would work. This feature can be disabled through the settings, but apparently plays the top recommendation on your account.

A YouTube TV employee further confirmed on the Reddit thread that this autoplay feature and the new guide design are slowly rolling out. The update isn’t device-specific but will take time to hit all devices. So far, most users are seeing the change on Roku and Apple TV. 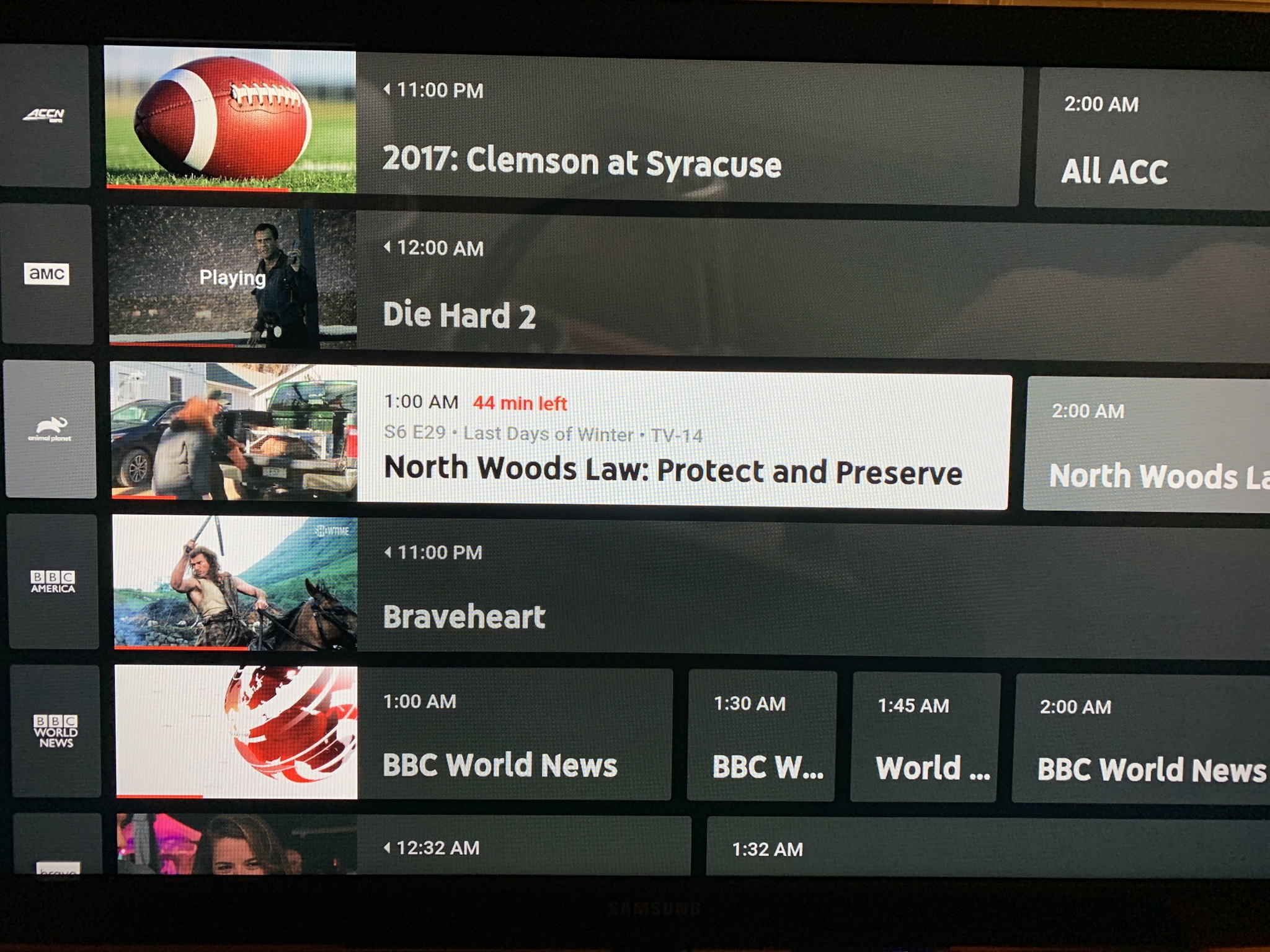