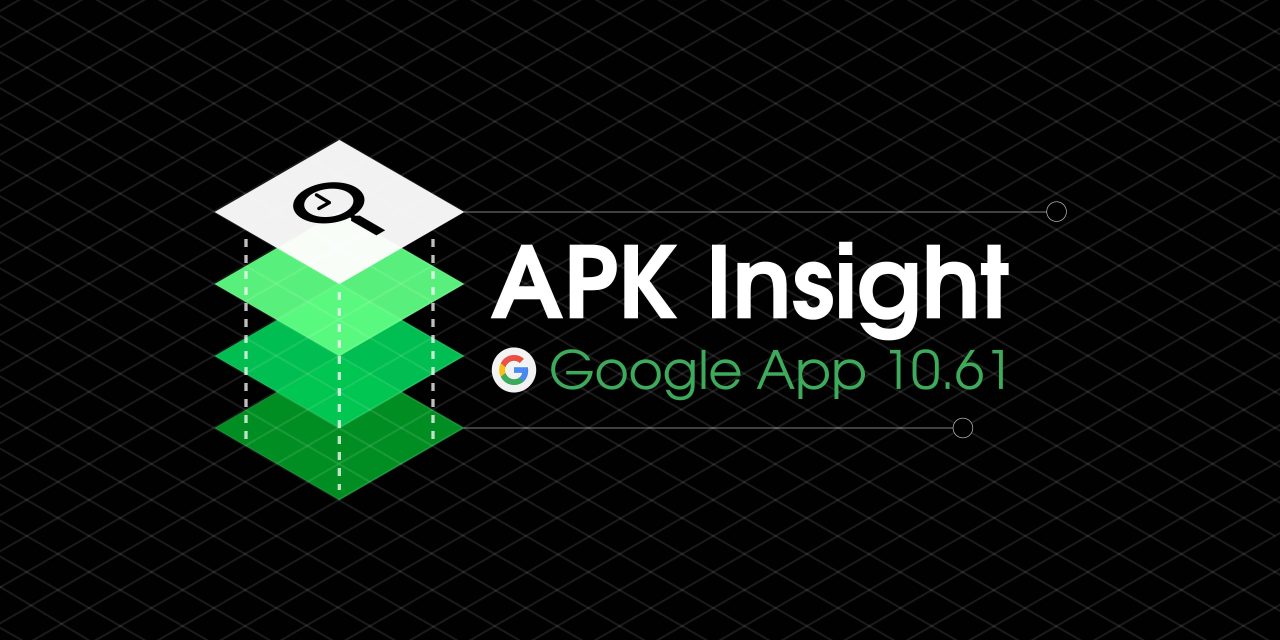 Google app 10.61 is rolling out as the latest beta and reveals work on a new “Smart Screenshots” feature that integrates Lens. A bug with the “Preferred input” setting for Assistant has also been resolved.

In addition to a Material Theme revamp, Google Podcasts is working on the ability to let users add bookmarks when listening to episodes. The redesigned player gains a save icon next to the sleep timer. When tapped, the current timestamp is stored and a snackbar that appears afterwards will let you view a list of all saves.

Alternately, the Podcasts homescreen gains a new “Bookmarks” tab. Users will also be able to share an episode with that exact timestamp.

The Google app has long had an “Edit & share screenshots” ability where captures made within Search would reveal cropping and annotation tools. Meanwhile, Assistant has long maintained a “What’s on my screen” capability that analyzes what you’re currently viewing for search suggestions.

<string name=”smart_screenshots_summary”>Edit your screenshots, explore them with Lens, share them with a link, and more!</string>

Google app 10.61 reveals work on “Smart Screenshots” that combine those two features. Like before, a toolbar — which interestingly uses a four-color light bar — appears after you take a screenshot. A small preview is shown at the left with a pencil button overlaid. You can open the system share sheet, but the Google app also suggests a frequently used app. 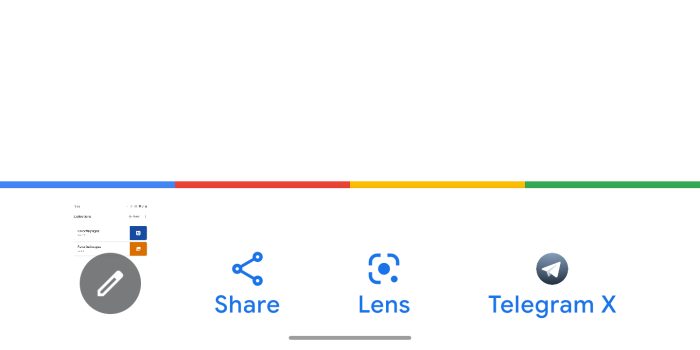 The most interesting addition is Lens. “Exploring with Lens” could be intended as a “Screen search” replacement given that Lens is increasingly taking over visual lookup throughout first-party apps, like Chrome. After taking a capture, Smart Screenshots have an easy way to invoke Lens for search, OCR, and finding visually “similar items.”

The existing editing tools (Annotating, Cropping, and Sharing) will remain and this new functionality appears to even use the same settings toggle to enable.

<string name=”smart_screenshots_step_1″>Next time you search for something, take a screenshot</string>

<string name=”smart_screenshots_step_2″>”You may need to turn on the feature in your Settings. From the app home screen, go to ‘More’ &gt; ‘Settings’ &gt; ‘General’ &gt; ‘Edit &amp; share screenshots'”</string>

It’s unclear if this functionality once live will again be limited to screenshots taken within Search, or if it will expand to be systemwide and invokable anywhere. A notification from the Google app could appear after capturing a screenshot.

With this release, the Google app’s tutorial on how to launch Assistant with gesture navigation in Android 10 appeared on our devices.

The ability to switch between keyboard and voice input is back after disappearing last week.

With the Pixel 4 featuring face unlock, Google app 10.61 adds accommodations related to verifying Assistant payments. Existing biometric strings have been updated to note fingerprint and face as an identity method.

<string name=”payments_auth_use_biometric_checkbox_hint”>Use this device to confirm future payments with your fingerprint, face, or a similar method.</string>