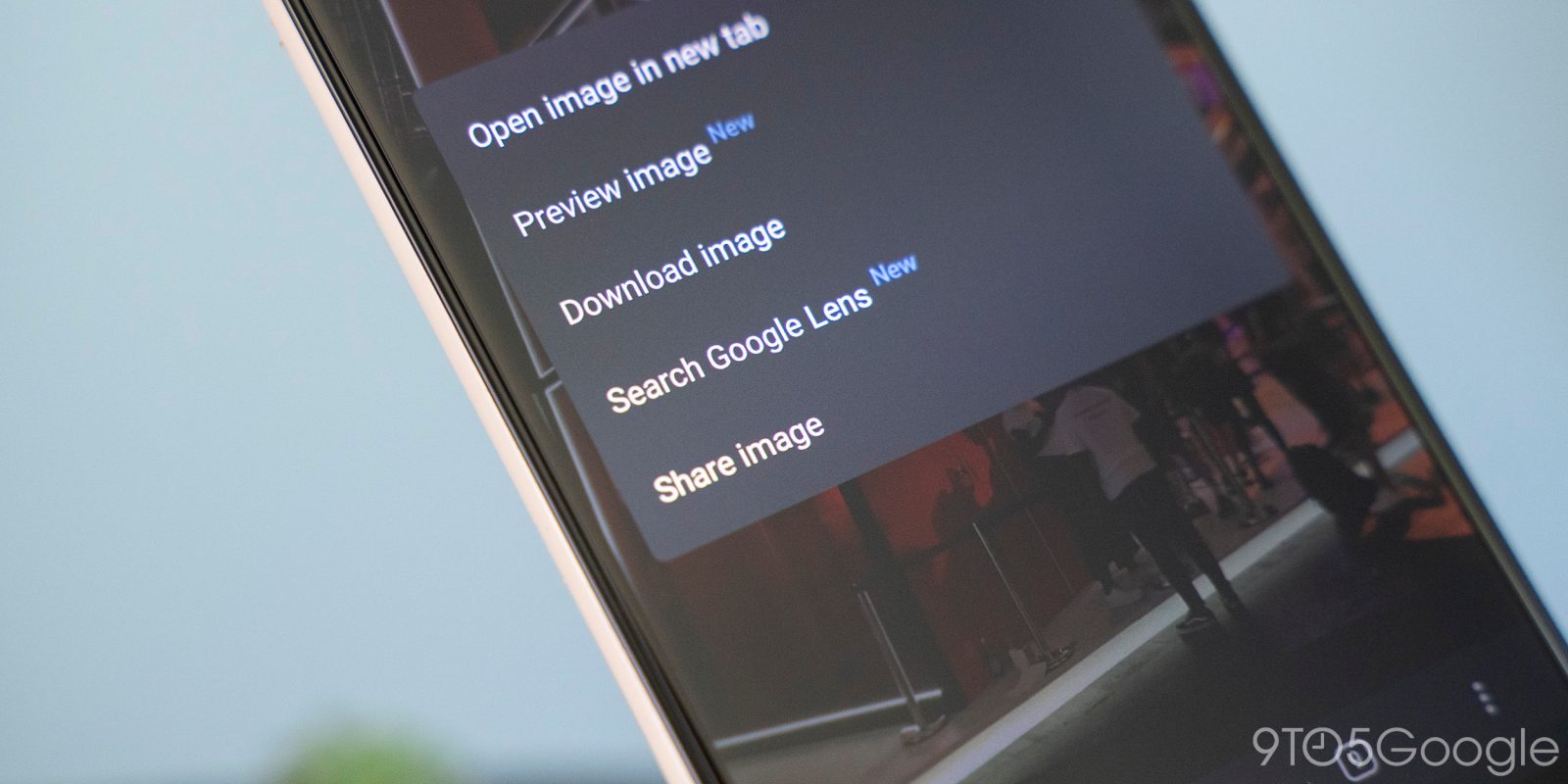 When browsing the web, sometimes you’ll come across an image that you want to know a bit more about, and one of the best ways to do that is through Google Lens. As it stands, you need to save the image to your phone, switch to Google Lens, and scan the image that way. Soon, you’ll be able to share an image directly to Google Lens from Chrome for Android.

There are already a number of ways to get to Google Lens, including Google Photos, various camera apps, and even the standalone Google Lens app. The folks at Chrome Story have discovered that Google is working on yet another avenue to access Lens via Chrome for Android.

In a new code change, we find that Google is working to add a new option to the context menu seen when you tap-and-hold on an image in Chrome for Android. Currently, the menu gives you the option to “Search Google for this image” using Google Images’ reverse image search capabilities.

This is being “replaced” with a new option that will read “Search with Google Lens.” If you choose to search the image with Google Lens, Chrome will launch an “Intent” for Lens via the Google App and simply pass it the photo you’re interested in.

Under the hood, there’s quite a few moving parts that determine whether or not you’ll see the new Google Lens option in Chrome for Android. The first of these, as usual, is a new flag in chrome://flags.

Replaces default image search with an intent to Google Lens when supported.

Beyond this, Chrome for Android will also check to make sure you have the Google Search app installed, and that it’s a new-enough version. As of right now, the minimum version supported is 8.19, which dates back to September of last year.

If any of these various parts aren’t correct, Chrome will default back to offering Google Images search, as it did before. Also, just like the existing “Search Google for this image” option, Lens will not be available unless Google is your default search engine in Chrome for Android.

What do you think? Do you prefer Google Lens over Google Images? Let us know in the comments.